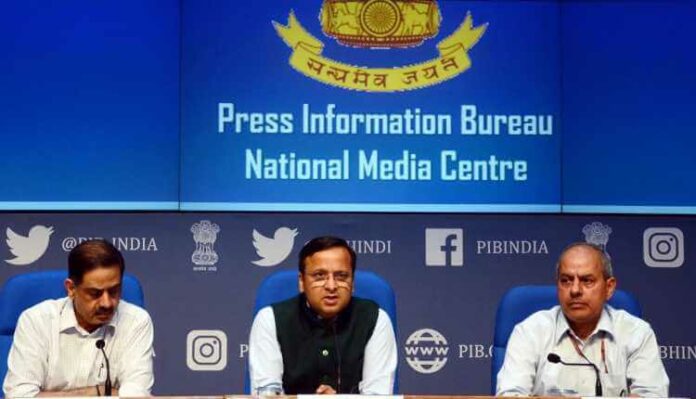 Amid rising corona cases in India, Modi led central and various state governments have ordered to open the local shops with limitations and pre-defined guidelines. The news spread rapidly via media news channels and web across India around the starting of May 2020. When the news came, a sense of ease and happiness spread among common people and businessmen. People started to think that corona era is about to over and happy normal days are back.

However, the reality is not at all in favour of this thought. As per reports of Health ministry, GOI, cases started to rise more rapidly after the opening of local shops. The government had ordered to open various shops according to various zones divided as per containment and rate of infection spread namely Red, Orange and Green.

The 5 reasons why the opening of local shops by the orders of government was necessary are below:

The businesses and market were moving towards the recession due to the sharp loss in demand due to lockdown. From small retailers to big manufacturing units and industries, were facing very low demand since March 2020. Major loss in jobs, salary cuts, and market closure lead to lesser demand for various daily life non-essential and some essential items. Businesses were closed and normal people and labour class in majority started to suffer the scarcity of items for their daily needs especially food. Various shopkeepers and retailers were on a verge of bankruptcy due to negligible earnings and profit. The orders to open the shops not only started the wheels of small retailers in green and orange zones but also fulfilled the basic needs of common people.

It made easier availability of basic food items and general needs for every citizen residing in such zones. Even in red zones, industries and factories under special economic zone categories have been allowed to resume their normal operations to support various labour and technical class workers. It will also help such sector to revive their losses. Transport vehicles and various people have been allowed to go out in open for some listed activities as per Ministry of Home Affairs, Government of India. Surely, the order to open the local shops have halted the course of small retailers towards recession.

Soon after the news of local shops opening, ordinary common citizens took a great relief as there was a scary situation of unavailability of basic need items. After the opening of various stand-alone shops and essential item shops and in many areas, even non-essential items providing shops and business were opened as per guidelines provided by Modi led government. In the urban areas, online shopping and delivery providers were also made to start their operations to fulfil the basic essential items and some non-essential items also.

Especially in the metros, companies like Amazon, Grofers, Flipkart and many more were allowed to deliver amid COVID 19 era and lockdown. In the rural areas, near about, all the activities were allowed if found in the green zone.

Big relief to labours and construction-related workers came with the order to open normal shops with lockdown 3.0 in process. Construction workers were out of jobs and earnings for more than 50 days, when the government took a major step to open the construction work at all sites located in the rural areas and some urban areas also. There was a major panic among the construction workers who travelled far from their homes to urban and metro cities for work and earnings. These workers broke the social distancing rule many times throughout India as they were unable to earn, feed and even go back to their native places for further relief from rent and other expenses that was impossible to cover in lockdown condition.

However, Modi and other state governments together handled the situation well and the transport was made available for such workers and labours to make them reach their home. Initiation of construction also strengthened the long time recession hit construction and infra related businesses.

Agricultural activities were shut down since the lockdown enforced by Modi led government. Farmers were facing severe hit as they are already in financial struggling phase since ages. Opening of shops included various agriculture-related items to be available to farmers at ease. The season ongoing is very much important and crucial for farmers as they cultivate the crops of a season at this time. Lockdown had moved the farmers and agriculture sector towards a life-ending impact, but soon the government took steps and allowed to open shops of their need and all agricultural activities.

The agricultural stoppage could have made the situation much worst as there was a probability growing for food shortage. In the state like Uttar Pradesh, where agriculture is the major earning source, CM Yoginath ordered and allowed the agriculture-related works since April. Such steps are helping the farmers to survive the corona era. The survivability of common people also depends upon the agricultural activities directly as food is the most essential item without which human life is not possible.

Lockdown due to corona also brought closure to various public service providers closure. These include internet service providers, plumbers, electronic technician having shops, and various other workers who solely depend upon their shops as a workplace as well as equipment to store. Closure of such services, especially maintenance works impacted common people and business owners also including manufacturers and marketers. with the order to open such public services like banks and other offices, helped the people to maintain their living standards and at some places, there was an urgent need for such services. The health and hygiene depend on perfectness in electrical equipment and sanitary correctness.

The situation can be easily understood if someone has a failure of electrical equipment like fan or problem with washroom or blockage of pipes. In the situation of unavailability of electrical and plumbing kind of maintenance workers and shops would have resulted in more health issues and cases throughout the country. Public services are very much important and need to be continued without any stoppage. Hence, the government has taken a major step at the very right time to sustain the positivity and resume the economy as well by allowing different activities.