Dramas to Watch for girls during Night out 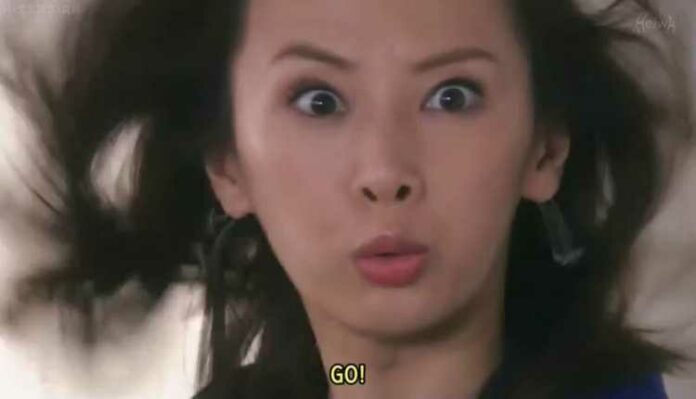 These shows are not only cute, breezy watch but also have characters that you might relate to or characters you want to be like. These shows have strong bonds between females; either in the shape of friends or between mother and daughter.

Popular Dramas to Watch for girls during Night out: 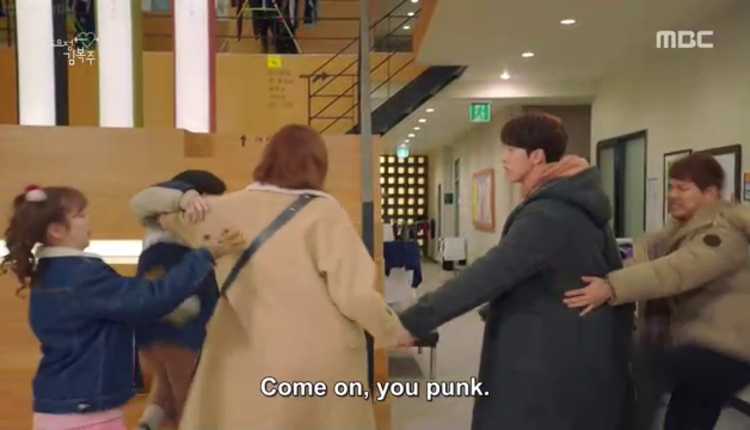 Kim Bok Joo is a prodigal weightlifter whose only dream is to win a gold medal for her country. Her life revolves around her friends, family and weightlifting. She likes it like that way until one day, a doctor shelters her from the rain, handing her an umbrella and she finds herself homing a crush. Bok Joo soon finds herself living two life: one as weightlifter who has to gain weight and another as a ‘cello’ player who wants to lose weight.

After all, the strong, Kim Bok Joo isn’t so perfect after all. Beneath everything, she is just a shy, insecure and awkward around boys girl (who nonetheless will not hesitate to beat them up shall they provoke her). The whose only way to flirt is to ask the guy she likes whether he likes Messi (since according to her friend

In all this, she finds a pillar of a friend in bratty swimmer (going through a slump) Jeon Joon Hyung, the brother of the nice, handsome doctor and her childhood friend (who has the first-hand experience of Kim Bok Joo’s strength). Before he knew it, in between calling her ‘chubs’ and helping her in hiding her secret, he began to follow her with his eyes.

P.S: Watch out for the delicious food, PDA-ing cuteness between the main couple and root worthy sisterhood. 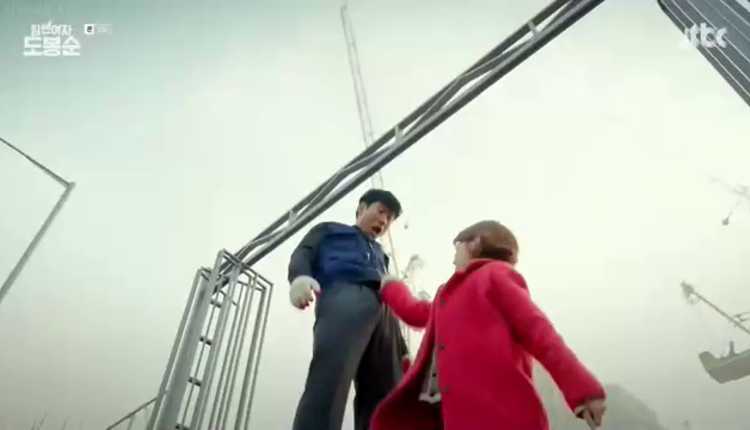 Do Bong Soon is a small, petite woman with lots of cuteness. She can not hurt a fly according to or so she wants her crush, In Guk Doo, the police officer to think.

Ahn Minhyuk, the CEO of airsoft, a gaming company knows the truth. And it shocks him to the core because he watched her slay a bunch of gangster with one hand, beat Assasins with another, breakthrough a punching bag…you get it. But he finds it sexy. And yes, he has a crush on his temporary bodyguard, Do Bong Soon while the latter is only doing the job as his bodyguard to get a permanent position in his company and commence her dream to develop a game with a character based on herself.

She also thinks that Ahn Minhyuk is gay and into her crush, In Guk Doo. The combination becomes troublesome once she finds herself falling out of love with In Guk Doo and with Ahn Minhyuk.

Trouble is brimming in the horizon with a serial kidnapper in town. He kidnaps a beautiful woman. Soon enough Do Bong Soon’s best friend is kidnapped as well. With police unable to do something, it all falls on her to protect and save her best friend as well as other girls.

It became one of the highest-rated TV shows on cable TV.

P.S: In later few episodes, there is a character which might offend Indian viewers. 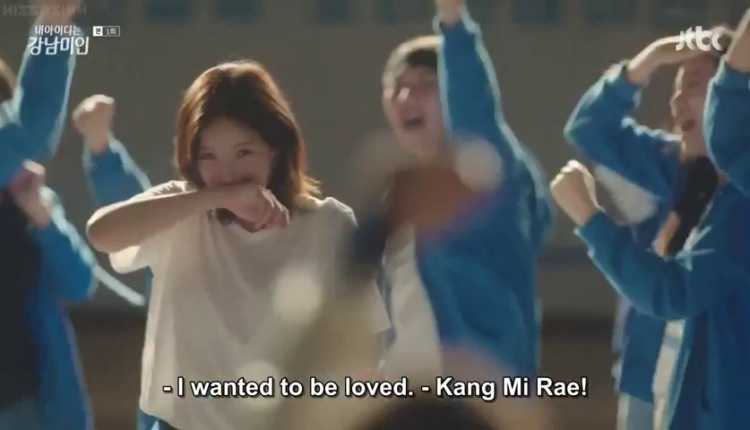 3. My ID is Gangnam Beauty

Kang Mirae has a beautiful name. If only she had a beautiful face or even an ordinary face. Maybe then she wouldn’t have to face the ire of the society and be called Kang Orc. She thought it would all be okay if she got plastic surgery, but now, people call her plastic monster, telling her that there are thousands of her walking on the streets of Gangnam.

It is a story of Kang Mirae gaining her self-esteem and helping the ‘nice’ girl Hyun Soo Ah recover from a toxic cycle.

The series focuses on Korea’s hypocrisy (or really the world) which shames a woman just based on her physical appearance where neither the beautiful nor the uglies are spared. Some are forced to become flowers, some end up having embittered personality and some burst out.

It earned both critical and commercial praise, becoming one of the highest-rated shows on cable TV just like Do Bong Soon.

P.S: Watch out for relatable and satisfying moments. 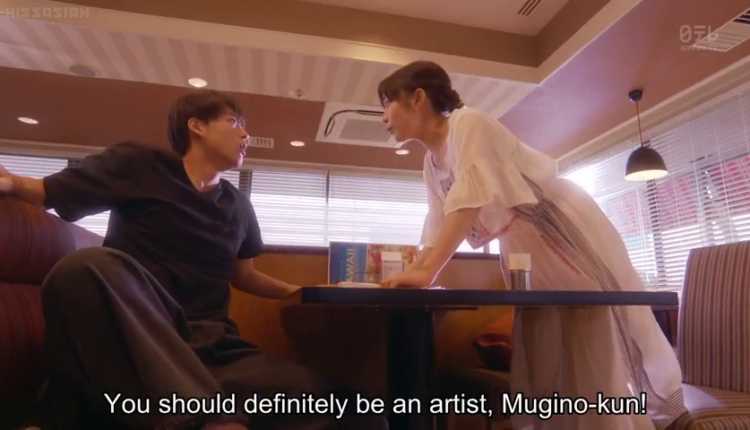 At twenty-one, most already facing life and understanding what Monica of F.R.I.E.N.D.S meant by, “it sucks, you’re going to love it.” Not Kahoko Nemoto, whose mother wakes her up, chooses her clothes, dresses her up and who falls asleep (irrespective of the place) as soon her bedtime arrives. According to her father, if Mother Nemoto is a meerkat, Kahoko is a frog.

Then she meets Hajime Mugino, a painter who tells her that her lifestyle (among other things like parking in no parking, rushing to catch the train, etc.) should be eradicated from the world. He leaves Kahoko wondering the whys, whats and hows.

As she begins to learn about the ins and outs of the world with Hajime Mugino (much to her mother’s annoyance), her father observes that this frog is starting to grow a tail.

P.S: Watch it not for the romance but Kahoko’s growth. That is where the charm lies. 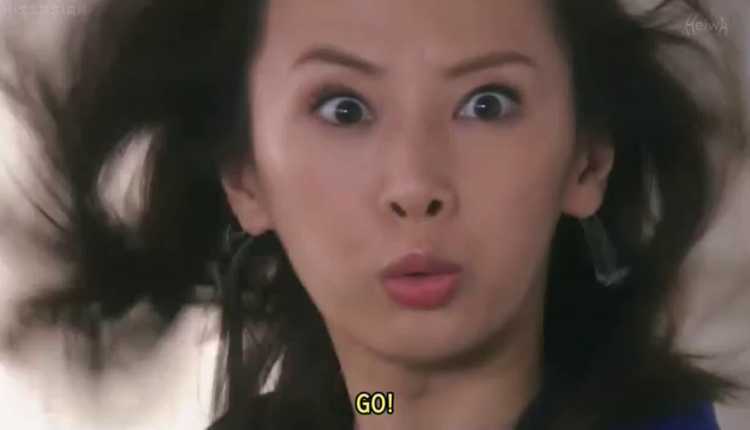 5. Your Home is My Business

Watch the show. Go! No description will justify the Japanese drama (or well, like they say dorama)’s quickness starting from Sangenya’s obsession with selling houses, her methods to do so or just how much she scares the others in her office (especially Mika Shirasu).

It is about a real estate agent trying to sell houses to various people. In their stoic life, Machi Sangenya makes an appearance. She is obsessed with trading houses and taking credit for it, pro in both of it — much to the bewilderment of her co-workers.

To sell houses, she gets involved in her customer’s business. Not because she cares for the customer or because she’s nosy, just because she wants to sell a house.

To add to her nature, she lives in a house where thirteen people were murdered and are rumoured to be a haunted house.

There is no solid plot, character development or relationship development. It is a pure ten-episode drama, followed by a movie and another season.

Watch it for the humour, colourful characters and their antics.

P.S: Watch it for a career-oriented female who is not shamed for her obsession but instead looked up to.