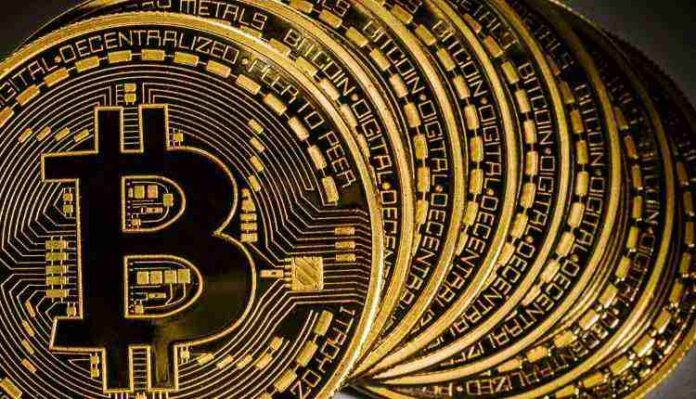 Cryptocurrencies have raised many concerns for the future of the existing currency system. There have been many governments that are opposing the use of bitcoin because of no accountability of the authorities that are issuing these bitcoins. There has been a sudden development in the issuance of these cryptocurrencies after Mr Elon Musk’s tweet. The value of some of the cryptocurrencies, for example, Dogecoin, Bitcoin, and many others. Some people mention that these cryptocurrencies are the future and the replacement of the present currencies that raises many questions, and the answer to which can only be given after understanding the origin of bitcoin in this world and what led to its development.

How did Cryptocurrency come into the picture?

The term “Bitcoin” was first addressed by Satoshi Nakamoto in a paper on the internet on 31st Oct 2008. He described this as “A version of electronic cash that would allow payments to be sent directly from one party to another without going through a financial institution”. This electronic or digital currency is a digital asset over which none of the central and financial institutions has control which means that in case of any dispute, there are no grievance redressal mechanisms in existence, and none of the authorities will have access to any transaction records. This makes it difficult for people to build trust and start investing.

In the last 15 months, 3 deposit-accepting institutions have failed in their system management. These three banks are as follows:

The introduction of Bitcoin has advantages as well as disadvantages to look at. The absence of any financial institutes or authority makes it difficult for normal people to start trusting as well as considering the investment in Bitcoin. Bitcoin was the first one to arrive, whereas others like Ethereum, Litecoin, and Ripple have also joined this race. In Fact, there are more than 2000 Cryptocurrencies that are now available in the market and in which people can invest.

How does it work? 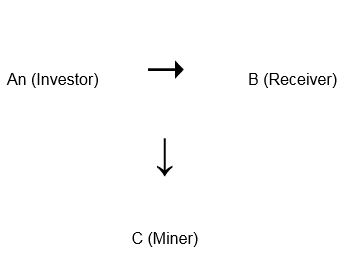 In the whole transaction of Bitcoin or cryptocurrency, there is an involvement of three people. The first one is the investor (A) who invests the money, or we can say that puts the money which initiates the transaction. Each transaction has a unique variable and cannot be copied. Then the task of the second person starts, which happens to be C, the Miner. The Miner is the person who solves the complicated mathematical equation using their intellect. After the mathematical equation is solved by the Miner is the person who acts as the most important person in the whole process of the transaction, the amount is transferred into the third person’s account, i.e. C in this case.

The Miners get Bitcoin as a reward for solving the equation. Following this process, they form a chain and are called BlockChain, and this whole system is called Proof of Work.

The number of cases of fraud and scams has been on the constant rise because of the absence of authority control. The people at large avoid investing in Bitcoin as there is a lack of security, as well as they do not accept it and call it a “Niche Product”.

The Reserve Bank of India in 2018 had released circular advising all the entities &  financial institutions to engage in these virtual transactions and does not facilitate any person or entity who is engaged in facilitating these virtual currencies. Though the RBI’s stand on this clearly shows that it is not promoting Cryptocurrencies, the Honourable Supreme Court has set aside this circular in March 2020, creating a news headline. Since then, people have gotten interested in knowing more about cryptocurrencies.

It was concluded that the ban that RBI had put was not the result of proper research and analysis, which led the Supreme Court to quash the same.

The legality of Cryptocurrencies:

The government of many other countries has also shown indirect support for cryptocurrencies.

The U.S government has always taken a positive stance on the issuance of Cryptos and also has one of the major stakes in bitcoin. Similarly, Canada, whose southern neighbour is the United States, also plays a very friendly approach towards bitcoin. The transactions are viewed as a medium or the type of barter exchange system, and the income that is generated through the bitcoin is viewed as a type of business income. The European Union considers the bitcoin as the medium of supply of services, and therefore, these transactions are exempted from the value-added tax all over the European Union.

Whereas China has firmly blocked the use of cryptocurrencies exchange and also presents a strong stand on financial transactions through cryptos, i.e. payments through banks. Similarly, Bitcoin also doesn’t have its reach in Russia as the Russian government has mentioned its use as illegal for the payment of any kind of products, goods, and services. Other countries that stand against the use of cryptocurrencies are Columbia, Bolivia, Vietnam, and Ecuador.

What role do the apps play while investing in Crypto?

The craze for investing in cryptocurrency has made a huge market for apps. The apps dealing in the cryptocurrency exchange have made their roots very strong in the country. One of such apps is WazirX which is often termed as India’s fastest growing exchange for this digital cryptocurrency and is trusted by many people.

People can simply invest in these cryptocurrencies through their UPIs and make a place in the market.

Bitcoin has gained a lot of popularity among millennials. They have started looking at cryptocurrencies such as Bitcoin as an alternative to many other payment and investment options. Bitcoin can also be used for Foreign Funds Transfer as it takes no more than 10- 15 mins to get transferred, which is better than 2 days.

Paypal, which is the world’s biggest digital payments company, also supported Bitcoin or cryptocurrency in general after they introduced it after they added a feature of crypto transactions in November 2020. The cryptocurrencies have also made their foe, friends as J.P.Morgan Bank, who used to stand against these digital currencies when Bitcoin was on the Bull run in 2017, stating that these transactions are fraud, have opened a corporate account for these famous cryptos like CoinBox & Gemini.

It will be interesting to see how people will react to this regulation. The investors who have invested a huge portion in these cryptocurrencies in recent years might have to take a step back from further investment because the government is not in favour of these payment options. Cryptocurrencies do have the power to take over all the currencies in the world because technology is the new transition era for the world. People do like to make everything in their life easy, and the removal of paper notes from their existence will ease many problems faced by the people like you and me and the government at the same time. The government will not have to hunt for the black money and will have the option to trace how much money is possessed by which person. Once cryptocurrencies make their root strong in the world, the government of many countries will start making policies, rules, strategies, and regulations to make the flow of the function more accurate and authentic.

Recently, the world’s famous electric car company Tesla’s owner, mentioned through a tweet that “Now you can buy tesla through bitcoin”, which raises many questions for other companies in the market. Will the other companies also issue such notice? Will the cryptocurrencies take over dollars ($)? Will the government help to promote such business? and most importantly, will the cryptocurrency be able to make its entry into the market on a large scale?.

One of the strongest currencies of the world is the dollar, and if technology is unfolding the roots in every country, every currency, i.e. including the dollar and euros, will take a step back. Cryptocurrencies like Bitcoin and dogecoin will make a huge market for themselves in the future.

Therefore, it is believed that technology will replace everything in the world, and it will be interesting to see how it unfolds. the future is yet to be decided with the help of the many incurring events.