What are Science fiction movies: Science fiction movies, also called as sci-fi is a genre of movies. These include fictional science-based phenomena that are usually not completely accepted or proved by mainstream science but have several theories or in some cases, particular supporting evidence as well. Some of these exciting phenomena may include Aliens, time travel, interstellar travel, space crafts, cyborgs, and many more.

How popular are science fiction movies: At times these were specifically famous amongst the nerds but today people of almost every age group, gender, mindset, non-science background too enjoy these films. Sometimes, they focus on social issues as well. Fans of science fiction are increasing day by day as they see the changing world around us and many believe that no matter what is shown in these movies, one day that the world will actually see this happening in reality. This is both exciting and horrifying.

It was released in the year 2014 directed by Christopher Nolan and written by Christopher and Jonathan Nolan. The picture made of the black hole took a lot of hard work and proved to be very accurate when a few years later Nasa released the real image of a black hole. The movie is an epic science fiction film. In the future of the Earth, the earth is getting uninhabitable. A brilliant NASA Physicist is working on how to transport the population of Earth to another galaxy via a wormhole. For that, he chooses a former NASA pilot Cooper (Matthew McConaughey) along with a team via the wormhole to find out which of the 3 planets there would be suitable for humankind’s new home.

It was released in the year 2010 directed and written by Christopher Nolan. A thief Domm Cobb (Leonardo DiCaprio) and his group have a rare ability to enter people’s dreams and know everything about them from their subconscious. This ability helped the corporate world a lot. This ability was everything he had and made him lose everything he loved. He gets a difficult task to plant an idea in someone’s mind and a dangerous enemy comes on his way.

. This is not a movie but a franchise. The series started with Iron Man in 2008. It has many series of superhero films produced by Marvel Studios. It is based on the Marvel Comics. Till now it has about 24 movies as a part of it. The major series in this franchise includes Iron Man, Hulk, Thor, Captain America, Guardians of the Galaxy, Ant-man, Doctor Strange, Spider-man, Black Panther, Black Widow, Captain Marvel, and Avengers. The initial parts of all these superhero movies show how normal people actually became superheroes. Later their movies show how they saved their cities, loved ones, or how they solved their own problems. The 4 movies of the Avengers series show how these superheroes were called together and how they saved the world from different extraterrestrial villains.

It is not a single film but a series. The series started with the movie X-men in the year 2000. To date, it has 13 films all related to mutants. These are humans which are born with certain defects in their genes which are known as mutations. These mutations gave them each some powers which cannot be imagined by others. They live together and try to survive and try to co-exist with normal humans. These are taken from the Marvel Comics. It is the 8th highest-grossing film series.

It is again a franchise. It started from the movie Avatar released in the year 2009. It is a planned series which is going to have 5 parts. Avatar 2, 3, 4 & 5 are going to be released in the years 2022, 2024, 2026, and 2028 respectively. It is created by James Cameron. So far the story revolves around an Alien world where organisms are highly evolved (Avatars). Since the environment of the planet is poisonous, these Avatars had to link to human minds. They are drawn in the battle for the survival of the world.

This one became famous from a TV series. There are 12-star trek TV series and 13 featured movies of star trek. The star trek feature films can be categorized into 5 classes – The Original Series Films, Then Next Generation Films, The Kelvin Timeline, Reception, and Future Films. It is a very broad series in on the TV and comparatively very less with Movies. It is about action and fighting to save the world. The movie series was very popular before the 2000s.

It is a franchise. Star Trek and Star Wars both give good competition to each other as well as their fans. There are about 9 films of star wars. The first movie, Star Wars: A New Hope was released in the year 1977. The franchise quickly became worldwide pop culture. It holds the ‘Guinness World Records Title for the Most Successful Film Merchandising franchise’. The franchise was madly loved before the 2000s.

It was first released in the year 2014 directed by Michael and Peter Spierig. A temporal agent who can travel back in time has to go back in time and prevent a bomb attack in New York in the year 1975. However, things were complicated and beyond the bounds of possibilities. This is a mind baffling movie. Telling more about this is giving spoilers. Many people leave the movie because it goes too slow in the starting but when you come nearer to the end, you actually get to know the movie.

The movie was first released in the year 1993 directed by Steven Spielberg. It is an American science fiction adventure film. In this movie, 2 palaeontologists and a mathematician in a group are sent to an island theme park which is populated by dinosaurs created from prehistoric DNA. The mastermind billionaire guy behind this says the facility is safe but there were a lot of huge predators on a hunt. The movie shows their adventures and makes it exciting.

Kkrish is an Indian franchise of superhero movies. The 3rd movie Kkrish 3 in this franchise was a great science fiction thriller movie. It was released in the year 2013 directed by Rakesh Roshan. In this movie, the superhero Kkrish and his father who is a scientist has to stop the evil genius Kaal who mad human-animal mutants and used them to spread a deadly virus across the Indian city Mumbai. They must also save the world from Kaal who has now grown powerful and more dangerous.

It was released in the year 1984 directed by James Cameron and written by James Cameron and Gale Anne Hurd. In this movie, a cyborg assassin called the terminator (Arnold Schwarzeneggar) time travels from 2029 to 1984 to kill Sarah Connor (Linda Hamilton) because his unborn son is going to lead a war against them in the future. Kyle Reese (Michael Biehn) was sent to stop the terminator who was unstoppable.

It is a science fiction thriller released in the year 2013 directed by Alfonso Cuaron and written by Alfonso and Jonas Cuaron. In this movie, a medical engineer (Sandra Bullock) and an astronaut (George Clooney) are stuck in deep space due to a disaster during a routine spacewalk. Their shuttle is destroyed, there is no link to the earth and no hope of anyone rescuing them. At some point, they decided the only way to get back is to venture further into space.

It was released in the year 2014 directed by Matt Reeves and written by Mark Bomback, Rick Jaffa & Amanda Silver. It is a sci-fi action film. Its sequel as good as this ‘War for the Planet of Apes’ was released in the year 2017. In the movie, the simian flu wipes out a huge population of humans. Outside San Fransisco in Muir woods genetically enhanced chimpanzee Caesar (Andy Serkis) and his group formed a colony. A few survived humans show up and force Caesar to protect them and the remaining human population.

It was released in the year 2004 directed by Wong Kar-Wai and written by Chow (Tony Leung Chiu Wai). It is a sequel to the films ‘Days of Being Wild’ (1990) and ‘In the Mood for Love’ (2000). It is sci-fi with Romance/Drama. In this movie, a train takes its passengers somewhere to recapture their memories. No one has returned from this place ever. This movie shows their experiences.

It is a film series involving 5 movies, a remake, and a reboot series including 3 movies. It started in the year 1963 created by Pierre Boulle. It also has many novels, comics, books, TV series, animated series, video games, etc in its name. The movie is about 3 astronauts who landed on a planet ruled by apes. They found that they were really advanced, had systems as good as humans have made. The trio was trapped and imprisoned by the apes.

It was released in the year 2001 directed by Steven Spielberg. It is a sci-fi drama. In this movie, a robotic boy was programmed to love. As a test case, it was adopted by an employee and his wife. This movie shows what difficulties actually happened, and how they overcame it.

It is a very old movie released in the year 1927 directed by Fritz Lang. It is a sci-fi drama. In this movie, a futuristic styled city with cultured Utopia is shown above the bleak populated by workers who were mistreated. When Freder (Gustav Frohlich) discovers this he plans to help them out. He tries his best but at last, leads to a great conflict.

18. The day the Earth stood still:

It was released in the year 2008 directed by Scott Derrickson. It was based on the classic sci-fi story ‘Farewell to the master’ by Harry Bates. In this movie, Klaatu (Keanu Reeves) is a visitor from outer space who is the herald of the upheaval across the globe. The whole world tries to understand what it is while Dr. Helen Benson (Jennifer Conelly) decodes the statement to be ‘friend to the earth’.

It was released in the year 2015 directed by Ridley Scott and written by drew Goddard. It was based on the novel ‘The Martian’ by Andy Weir in the year 2011. In this movie, Mark Watney (Matt Damon) was left behind on Mars as he was thought to be dead. This movie shows his challenges to survive in an atmosphere which very few resources while his crewmates and a NASA team try their best to bring him back.

It was released in the year 2013 directed by Edgar Wright and written by Edgar Wright & Simmon Pegg. In this movie, Gary King (Simon Pegg) is dying to take another stab at an epic pub-crawl that he last attempted 20 years earlier. However, their real struggle goes for the future when their journey turns into a battle for mankind.

Science Fiction Movies on Netflix: Some of them include Starship Troopers, Snowpiercer, District 9, Spider-Man: Into the Spider-Verse, Okja, Freaks, Beyond Skyline, and many more.

Science Fiction Movies for Kids: Some of them include Save Yourselves, 2067, Possessor Uncut, Archive, G-lock, Proximity, Soundwave, The Platform, and many more. 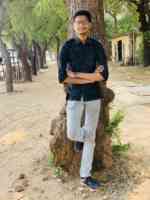