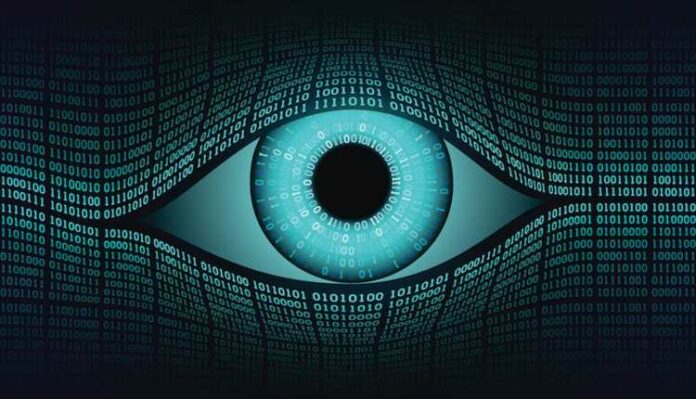 What is Voyeurism in the Indian legal system or constitution and What should do if a man takes your private pictures or videos and blackmails you?

It is often seen that some boys take pictures of girls and blackmail them, in such a situation, girls should not be afraid, but should use their discretion and intelligence to punish that person as per the law whereas if any person attempting or threatening or blackmailing the girl should file an FIR at the nearest police station under Section 354C of the Indian Penal Code (IPC) against the person who is blackmailing you.

Now the question arises what the section 354C is?

Section 354C of the Indian Penal Code (IPC) states about the Voyeurism which has defined that if any person who takes photographs or films any women without consent or seeing (eve-teasing) her constantly while she is busy in doing her personal work like bathing, cleaning or do any activities, then that person [eve-teaser] will be deemed guilty of the offence under section 354C.

For instance-1, A woman doing her personal work like bathing or in the toilet while a man captures her photos or films [private photos or videos] her without her consent will be termed as the Voyeurism and the person subject to punishment under IPC 534C.

For instance-2, If a woman gives her private photos to a man with whom she is in love with her own consent. Still, she does not allow him to disseminate to anyone else, or broadcast/publish/share anywhere on the Internet or social media websites/apps. Still, he propagates her photos then, in this case, an offence under section IPC 534C shall be considered.

Is section 354C is bailable or non-bailable?

Yes, IPC 354C is available in which any magistrate can grant bail, but if the offence is committed for the second time and the offence is done in a way that causes harm to the honour of the woman, then the offence becomes non-bailable.

Whether section 354C is compoundable under section 320 of the code of criminal procedure?

What should the victim girl do?

The most important thing that the victim should be aware of her rights whereas if any person known or unknown to her and blackmails then firstly the victim should explain the whole incident to her family while taking them in confidence to support her in getting the person published as per the law. She can take the opinion of the Counsellor or Advocate. Remaining silent will encourage the offender to repeat the same incident and blackmail other girls.

First Information Report (FIR) should be lodged at the nearest Police Station. The girl can go to the Police Station personally fo file the FIR without any hesitation. It has been seen, that most of the girls prefer to remain silent in such cases because they are afraid of losing the social status of her own and the family which leaves such offenders unpunished. In contrast, the offender keeps doing same with other girls until a girl stands and fights for her rights.

It is highly recommended that you should not delete any SMS, Call details (call log or any call recording) made by the blackmailer. It is also suggested to take the screenshot [of WhatsApp, Facebook, Instagram etc.) and keep them in a safe and secure place like (Pen Drive or Cloud Storage) as in many cases it has been found that the offender some time tries to destroy the evidence. Also, record the voice call and let the Police listen to the recording of all the calls made by him and share the SMSes of the person. It will be useful to keep the backup of all the details somewhere else as well. In case the blackmailer isn’t known to you, then the Police may use the phone number and the call details made by the offender to track his location.

A woman who is a victim and is threatened by a blackmailer(s) where a Physical Relationship or Money or Property or anything else is demanded whereas the blackmailer threatens her that if she does not do what he wants and he will spoil her reputation in the society, then that woman can file suit under Section 503 of Indian Penal Code under which the person will be punished with imprisonment for up to 2 years or fine or with or both.

Section 503-Criminal Intimation: this section states that if any man threatens or threatens any person or woman in any way related to body or injury, then the person shall be liable under this section.

Section 506- Punishment for Criminal Intimation: If any person threatens to impose the existence of a girl, that person can be imprisoned for a term which may extend to seven years and shall be deemed a criminal offence under this section.

Section 509- An act which intended to insult the modestly of a woman: If any person disrespects the shame of a woman or infringes on her privacy, the person is punished with imprisonment for a term of three years or with fine.

Section 499 of the Indian Penal Code (IPC) states defamation, i.e. if any person violates the social reputation or reputation of another person, then he will be held guilty under this section. Whereas, if any man tries to tarnish her reputation by taking private pictures of any woman, then this woman can register a defamation suit against that person for 2 years for defamation of that person under section 500 where he/she will be punished with both punishment or fine.

If any man hacks a computer of a woman and steals her photos and replaces those photos with photoshop and threatens the woman or takes out personal pictures of that woman, then that person libel for the punishment under Section 65 and 66, 66B of the Information Technology Act 2000  and will be considered a culprit under 66E. The sections of the Indian Penal Code will be accompanied by the sections of the IT Act 2000.

If a man does a Violence of Right to Privacy by taking pictures of a woman, then that woman can file a petition under Article 226 in the High Court for violation of Article 21 of the Constitution. The High Court can issue the writ of mandamus, by this high court may order to give the command to a public officer for performing their duty.

It may be possible that there are no Police Station near the victim’s residency. The victim may contact the Women Helpline on call by dialling 1090 (Toll-free) and file her complaint, in which the woman will have to tell the ladies police constable about their entire case. Whereas, the Women Commission and helpline will assist the victim in getting the perpetrator published under the law.

It may be possible that the victim [girl] doesn’t want to go to the Police Station, then she can lodge her complaint online. That girl has to register her complaint at cybercrime.gov.in  or at  twitter.com/Cyberdost The victim [girl] may also upload some evidence as if someone threatened you with the WhatsApp Message, Facebook, Instagram, or SMS, etc. In case your photo or video was made viral by the offender, then you may mention the same and include all the evidence that you have while filing the complaint online at Cyber Crime Portal. Also, do not forget to mention the essential information about the offender as it will help the Cyber Crime team track and identity the person. It may be possible that the Cyber Crime team may contact you to check the authenticity of the complaint made by you and ask further questions in that case you don’t have to worry as they will only help you in publishing the person.

What to do if the Police aren’t filing the report?

It is possible that Police may not file the complain at first even if you are asking them to file the complaint about blackmailing in that case you can write an application to the Senior Police Officer (SSP) while including all the details you can either submit the application personally or can ask someone to submit on your behalf or can send by post whereas in case of the complaint by the post keep the post acknowledgement receipt with you safely. If no action was taken even after informing the SSP, then you can approach an Advocate where your complaint will be taken under Section 156 (3) of CrPC.