China vs Taiwan, who is stronger in the current situation? 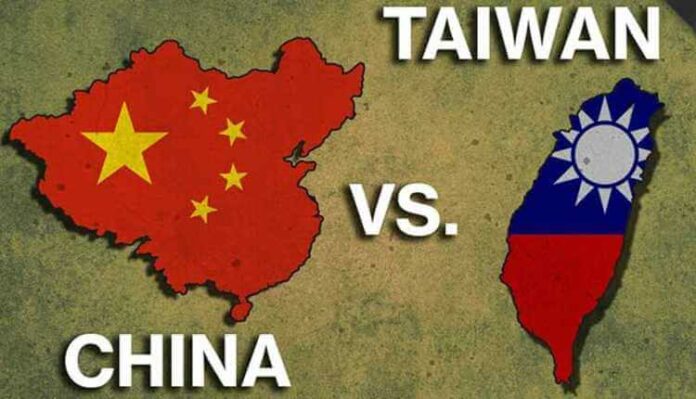 Taiwan has become the epicentre of the war in the South China Sea between China and the United States. China wants to annex Taiwan as its territory, but this prosperous region with a population of 2.38 Crore considers itself an independent nation. For the past 70 years, Taiwan has been struggling to maintain its existence with red-eye against China. If any country holds a relationship with Taiwan or a diplomat pays a visit, China gets blown away. The United States strongly supports Taiwan in the South China Sea dispute. Many people get a question in their mind that ‘Is Taiwan a country or a part of China?’ This article reveals the details of Taiwan vs China war, China and Taiwan history and The China and Taiwan conflict. 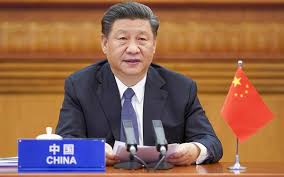 China considers this a violation of its One China policy and international norms. The Chinese Communist Party has recently warned the world that any country that supports Taiwan will lose sight of China’s 1.40 billion people and must be prepared to suffer the consequences. China also threatens Taiwan’s elected democratic government that you are part of One China. They say that gain autonomy by accepting Chinese hegemony; otherwise, we will not even consider military action. Hence, China always believes that Taiwan is a part of China!

Chinese warships are pounding the seas around Taiwan, and warplanes frequently fly over Taiwan, violating airspace. Taiwan’s female president, Sai Ying-wen, is unwilling to bow to China at any cost!! She was elected for the first time in 2016 and won for the second time in January 2020 with 57% of the votes. This woman president has become popular in Taiwan as a strong anti-China leader. She has challenged China by making a strong case for Taiwan’s separate existence in front of the world. 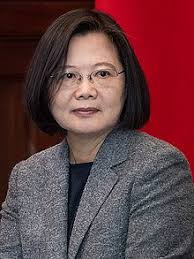 China, which has been singing the praises for years, rejects the One China policy, calling Sai Ying Wen Taiwan the original Republic of China (ROC). At the same time, the Chinese Communist Party considers the People’s Republic of China (PRC) only China in the world, including Taiwan. Taiwan’s position is such that if it accepts China’s one-China policy, its very existence will be ruined.

During the colonial period of 1642 AD, Taiwan was occupied by Holland. After the fall of the Ming Dynasty in China, the Qing Dynasty of Manchu ruled over Taiwan from 1683 to 1895. In the year 1895, when Japan defeated China, Taiwan fell to Japan. After Japan’s defeat in World War II, the United States and Britain decided to hand over Taiwan to Chiang Kai-shek, a major Chinese politician, and military commander.

In the year 1949, a civil war broke out between Chiang Kai-shek and Communist supporters in China. The Communists, led by Mao Zedong, defeated the Chiang Kai-Shek-led nationalist Kuomintang Party and fled to Taiwan.

At that time, China was not in a position to take major action against Taiwan. The Republic of China (ROC) was established in Taiwan, while the Communists established the People’s Republic of China (PRC). Both sides have been claiming to represent the whole of China in the world. During the Cold War, the world was divided on the issue of Taiwan and China, but the United States continued to side with Taiwan.

The 1970s and 1980s were a difficult time for Taiwan. After Deng Xiaoping took over the rule of China in China (PRC), one country implemented the ‘one nation two systems’. The vision of Deng’s vision was to unify China and Taiwan. At that time, Taiwan had almost adopted a capitalist economic structure. Since, that time, The China and Taiwan conflict is going on!! So, this can be manipulated that the China and Taiwan conflict is a very old conflict. However, Taiwan believes itself as an independent nation and the people of Taiwan used to say that ‘Taiwan is a country’!

The Communist Party offered to merge with China, with the generosity of allowing Taiwan to maintain its economic structure, maintain an army, and separate the administration. Still, Taiwan rejected China’s offer of a one-country, two-system policy.

China became a member of the UN Security Council under US President Richard Nixon in 1971, and Taiwan’s recognition from the UN ended in 1979. When the US was looking for a new market in 1970, the corporate lobby wanted the US to give importance to China as it was a huge market with a population of 60 million against Taiwan’s population of 10 million.

In the year 1971, then US President Jimmy Carter severed political ties with Taiwan to strengthen ties with China. However, the US Congress passed the Taiwan Relations Act and decided to provide arms to Taiwan and take it seriously if China did any harm. Yet Taiwan was weaker than communist China.

Even today, Taiwan is not a member of the UN. Taiwan has a record of excellent performance in the Corona pandemic but is not a member of the World Health Organization. The Taiwanese capital, Taipei, has embassies of barely 15 countries, such as Alice, Eswatini, Guatemala, Holy See, Honduras, Naura, Nicaragua, Tuvalu, and Palau. These are island nations that have less importance in the world.

The people of Taiwan are very hardworking and enterprising. At a very young age, young people with knowledge of electronics and IT get stuck in the heaps of wealth. Towns, including the capital Taipei, have high-speed trains and metros. Taiwanese who believe in the tradition of the guest god Bhava have a deep hatred for China (PRC). Not only does Taiwan have Chinese supporters, but the situation has changed since Sai Ying-wen of the Democratic Progressive Party took over.

Sai Ying Wen believes in an aggressive policy of not leaning against China while Wen’s main rival wants to move forward peacefully by easing tensions with China. Sai Ing-Wen goes to America that Germany pierces China like the apple of an eye. As China considers the South China Sea as its own, Dash Line-2 has also been a source of contention between China and Taiwan.

The US has taken a position in the One China vs Taiwan battle and is also strengthening Taiwan. Taiwan believes that the experience of Hong Kong does not raise the question of China’s obedience, while China believes that the unification of Taiwan and China will continue. The answer to who will be the heaviest in Taiwan’s fight against One China is in the womb of the future, but Taiwan’s survival so far in the face of China’s resilience is nothing short of a feat.