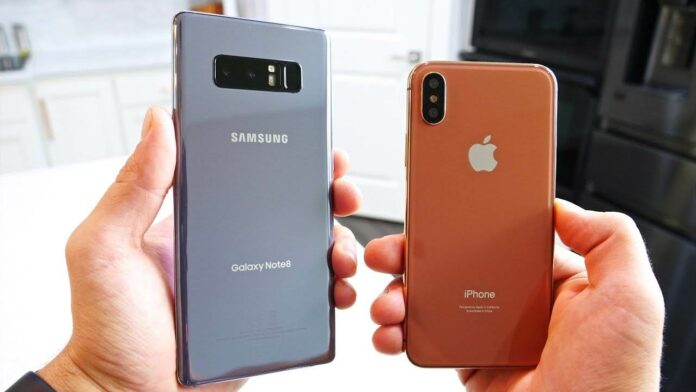 Today we would be discussing the Technological reasons why iPhone is different from Android as well as make comparisons between the features of iPhone with that of features of Android. So, you have earmarked your budget for buying a smart phone. There are unlimited smart phones available in the market with various price tags. But, when we go to buy one, we generally get confused due to its features.

Before we go into the features that we get into smart phones, we must get some idea of the available options that are on display in the stores. Generally smart phones can be identified from various logos on the back cover. These logos tell about the makers of smart phones. Out of the world, apple and google are the two major players that provide smart phones. Apple makes smart phones under the name of iPhone, whereas google does it under various names as google has tied up with makers across the globe to make smart phones like Samsung, Sony Ericsson.

Apple’s iPhone and Google’s Android phones are two players that ride in the same boat, slight differences between players is that they are of different characteristics.

Let’s discuss some features that differ from iPhones with android based systems So, not biting the dust, Let us together compare tow variants of smartphones, iPhone and Android, totally manufactured by two different manufacturers.

iPhone and android based smart phones are a bit of confusing lot in the supermarket. Features installed in both types are the same with only slight of the difference. The difference is about availability to the users.