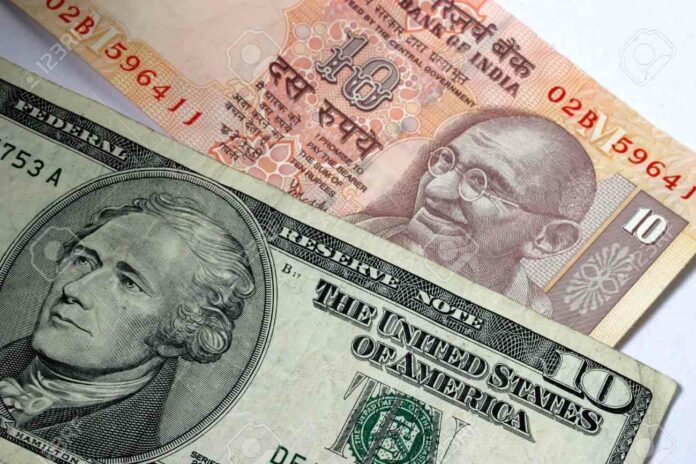 It was then in 1978, priced at Rs 7= 50 in terms of Indian rupee That means for every Indian rupee spent to the extent of Rs seven and a half you would be spending a dollar then Now it stands at Rs 68=00 It means that if you spent Rs 68=00 as per the Indian rupee you are spending One Dollar.

The Modi government when it took over from the Mammohan Singh Government, in the year 2014, at that time the dollars were priced at Rs 64=00, and in the last four years, it went from Rs 64=00 to Rs 68=00 and that is a jump of rupees four. The Indian government ought to think and rethink about how to upgrade the value of Indian rupee as against the dollars The fall of the value of the Indian currency in the international market will hit India very hard and if this is the fall, then the days are not far when the petrol would be priced at Rs 100=00 per liter and truly and if that happens the life will become very hard to survive it would be as good as the nadir.

The inflation will be at its worst, if the petrol is priced at Rs 100=00 per liter and the price of the Gold which the Government has been able to bring it down to a bit lower very marginally, will again rise up and if that happens then the common food items will again hit the common man and the people who fall into the low, mid, and the upper mid level category would find it very hard to survive.

One might ask whether this fall of 1.50 is really major or big, the answer is big. It is because a percent and a half increment straight away puts the GDP to fall reflexively by at least 0.50 percent, which has a terrific bearing on the national budget It makes the tax to go up and that is again borne by the taxpayers. The tax payers find it hard to pay this amount Just take an example the provident fund raised by the Government went up from 8.40 percent to 8.50 percent in 2017 and from 8.50 percent to 8.60 percent in2018 What one finds here is that the Government finds it very hard to raise the interest of the provident fund and it rises by only 0.10%, but when it comes to imply the taxes and the way it implies how can a common man find it easy to digest the taxes that are levied by the Government according to their whims and fancied, the question is why can’t the Government reduce its expenditure and cut its unnecessary spending If that can be curbed by at least two percent we as a nation will be enhancing our GDP by 8 percent The simple theory is no sooner that we raise our GDP by 1 percent we are increasing a possibility of the jobs by a chore and that it how it ought to be.

The Balance of Trade and the Balance of Payment in terms of the International trade which this Government is now engaged in doing, will be disbalanced, that means if is not in the proper line of balancing the rate of the dollars in the international market, and keeping it constant for a larger duration of time, the inflation will be disbalanced and the imports would be low. Even if it is, then the rate of the items imported would be very high and that would hit the common man hard.

We are importing more, but our export is falling down like anything. A rise of 1.5% of the dollars every year means that the deficiency of the GDP is by 1.5% per annum and the most, and if offset by the unbalancing act of the Balance of payment that is being levied on the Indian Government, which in fact is a huge amount then there would be a fall in the cash reserves of the country which will directly have a positive impact on the inflation If that happens then the worst to suffer would be the common man, this ought to be maintained at a low which the previous Government under the Manmohan Government when it was ruling the nation w, stood at more than 2.5% per annum and the GDP growth under Mr Manmohan Singh and its Government was well below the 5.5% of mark The balance of payment that the Indian Government is accumulating has to be taken care about and it is imperative for the Indian Government to open the avenues for Export.

The more the export the more is the control of the enhancement of the value of dollars as compared to the Indian currency in the international market The more the control of the value of our currency to fall against the dollars, the more is the buying capacity of the value of the rupee an it indirectly has a control on the production The more it gives rise to production the supply and the demand factor is controlled and the prices of the things and the items are under control It reduces the chances of high inflation.

There are about 70 nations where India can export its items which could be from paddy, grain cereals and the minerals to the heavy good items like engineering goods The turnkey projects also can fetch India a handsome booty and returns and it is very necessary that the Indian Government pays a good attention for export and open out many an export opportunities with the countries abroad. A small nation like Bangladesh, Sri-Lanka are exporting tea, fabrics and jute to name a few to the neediest to make a living through export and they for they are doing a roofing business for themselves, and we are only talking, have been talking and talking and talking only to see to it that we get the investors over here to invest in big project but nothing serious is coming out of it.

This needs to be reviewed and the things ought to be set fast to balance the trade and maintain the rate of the dollars constant for the nation and its people to feel the effect of Achhey Din.