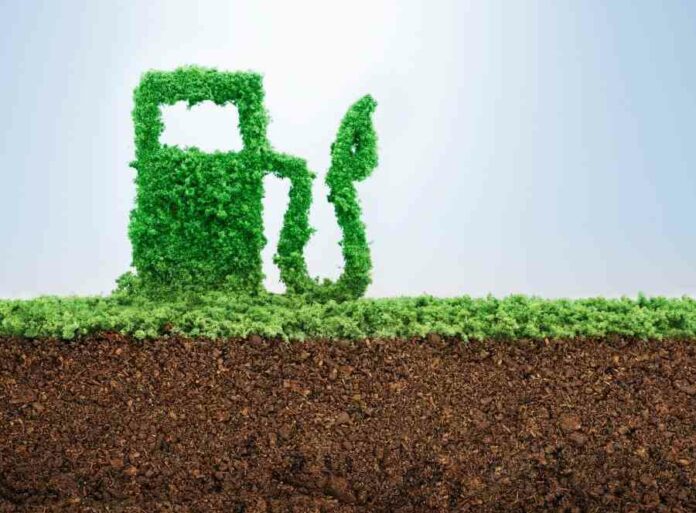 India is among one of the fastest growing economies in the world, requires a rapidly increasing amount of energy, playing a vital role in the socioeconomic development of the nation. Owing to the large demography our country withholds, it is imperative to attain national energy security, by adapting to the global transition from conventional/non-renewable sources of energy to renewable sources of energy.

Under the existing policy, bio-fuels are sub-categorized as First Generation (1G) referring to “basic biofuels”. Second Generation (2G) includes ethanol, municipal solid waste to drop-in fuels referred as “advanced biofuels”, and Third Generation (3G) comprising of biofuels, bio-CNG, biodiesel etc. The Government is aiding each of these categories with monetary and fiscal incentives. Over the past decade, since the first National Policy on Biofuels, 2008 came into existence; the Government has undertaken several initiatives to promote biofuels in the country. Several plans, namely, Ethanol Blended Petrol Programme, National Biodiesel Mission, Biodiesel Blending Programme have played an integral part in meeting the energy requirements’ of our growing population. This way, the policy envisages setting up of supply chain mechanisms for bio-fuel production. In the given scenario, it may be rightly pointed out how bio-fuels are of strategic importance being in sync with other governmental initiatives such as Make in India Campaign, Swachh Bharat Abhiyaan Campaign and Skill Development to name a few.

With respect to the energy domain, the factors endowing energy generation in India may be found in abundance, and thereby generating of geothermal energy, hydropower energy, solar energy and tidal energy, among others, must be encouraged in every possible way.  In the given light, the revised policy has rightly expanded the scope of raw material for ethanol production. Materials containing starch, such as, corn, cassava, algae, damaged food grains (wheat, rice, rotten potatoes) and sugar-containing materials like Sugar Beet and Sugarcane Juice can be used for the production of ethanol. This, in turn, will lead to the mitigation of greenhouse gas emissions, benefitting the citizens of the nation and the entire globe at large.

In order to combat the existing issues in its’ framework: structural and executional (which may be described as an internal and external factor, respectively), changes and thereby implementation of the said-changes need to be done at a grass-root level.

At a national level, it may be stated, how, the bio-diesel production is yet to commence on a commercial scale in the country. The viability of sustainable alternative sources of energy must be focused on by laying emphasis on the production technology of all sub-categories of Bio-fuels. Considering, factors such as land and labour are in abundance in the nation; the potential for production of bio-diesel can be addressed by implementation of programs for plantation in degraded land, collection of seeds (increasing the renewable feedstock) and investments for the economic production of fuel grade biodiesel. All this would need Governmental support, facilitating in the functioning of the bio-refineries at large. This will enhance the efficiency of the policy at a structural level.

Considering, our environment constitutes what we as individuals make of it, at a communal/individualistic level; one must take their own initiative in order for the generations’ ahead to meet energy requirements. Emphasis on next generation biofuel conversion technologies along with recycling the waste being produced by the sources, will lead to inclusive development, make the environment sustainable in nature. The use of bio-fuel as a blending component in diesel fuel; will help in replacing other gases such as LPG, CNG leading to a reduction in carbon and greenhouse gas emissions. This will aid in making the transportation sector, which is identified as a major polluting sector, more environmental friendly. This, indeed, will enhance the efficiency of the policy at an executional level.

Keeping the aforesaid initiatives’ in mind, this policy will facilitate in optimum and effective utilization of resources, paving a sustainable path for the country and its’ future requirements.