Fact about Love Jihad that all you need to know 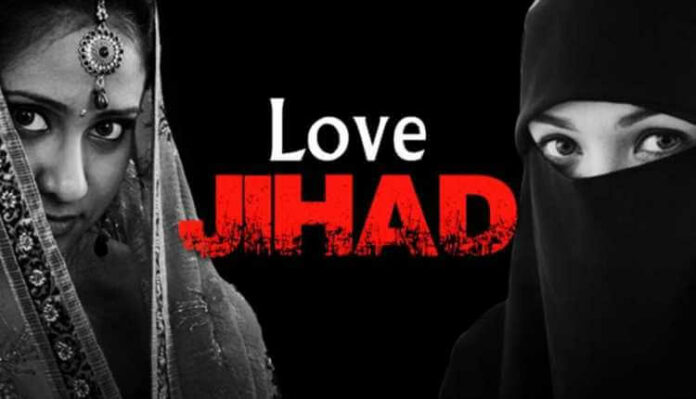 While the whole world is dealing with coronavirus and cases in India reaching new numbers every day, the whole Indian media has been busy with the sudden demise of Bollywood actor Sushant Singh Rajput and controversial events leading to police officials trying to launch a new fishing expedition. Amidst the chaos, with the masses frustrated with declining standards of media and news industry, there are new happenings which are emerging, amongst such events, one such case is of Love Jihad. Although Love Jihad, is not a new thing that has suddenly emerged in the Indian political arena, instead it is one of the skeletons buried deep in our closet. Love Jihad became a pressing issue in the year 2009 actually. Still, recently there have been cases of violence against women who denied converting to Islam; for instance, a Hindu girl was beheaded when she refused to convert to Islam.

An important case of Hadiya was reported in 2016 where her husband was questioned and tortured by the National Investigation Agency in order to figure out if there were links from Pakistan. Love Jihad has garnered great attention from people, where masses are emotionally involved in it, and it’s also a tool used by politicians to further their agenda.

When you try to define Love Jihad, there is no refined definition for it, Wikipedia defines it as a conspiracy theory where Muslim men target women belonging to non-muslim communities allegedly convincing them to convert to Islam by using deception and feigning love. This concept of Love Jihad gained national attention in 2009 when the High Court of Kerala asked State Govt to stop Love Jihad cases, and numerous cases of guilt-based or deceptive conversions of non-Muslim girls were reported.

The idea of Love Jihad is nothing but a tool of politics where it originates from the feeling or sense of ownership of women. The sense of ownership over women belonging not to a one’s family but also extending to women of one’s community, thereby creating a distinction of ‘our women and their women’. Love Jihad has been making headlines not due to the severe nature of the issue but the communal colour it has taken with the involvement of major political parties and organizations associated with the Hindu community. The idea of ownership of women or their treatment as chattel or property is not a new device, it finds its roots in Hindu scriptures wherein one such text Manusmriti the author Manu goes on and on about how women are to be tamed and if let loose how it is detrimental to society. So the idea of losing Hindu women to a rival community, i.e., Muslims, is a matter of not only pride and honour but also about Muslims becoming victorious.

For years various Hindu organizations in India have been renouncing western culture as being harmful to traditional values and have always seen other faiths and religions as detrimental to Hindu values, this kind of ideology is generally called Hindu fundamentalism or Hindu extremism, and Love Jihad is one such example of Hindu extremism, where people have demanded the administration for legal recourse against such men who have allegedly deceived their women into marrying them and converting to Islam. Usually, the woman’s family files an FIR in the police station accusing the man of kidnapping the woman or forcing her to marry her outside her faith. One important factor to be considered here the age of the woman in question, if she is minor then parents have legal recourse against such a man, however, in most cases, the women are of legal age, and the only argument their parents have is they have a say in who they would their girls off to and marriages outside of their faith are unacceptable to them. But inter-religious marriages are not illegal in India as per the Special Marriage Act, 1954, and there is no law which says that parents have to consent to such marriage if both bride and groom are of legal age. Even Supreme Court in Hadiya’s case has held that a woman is not a man’s property and if she has married a man and converted to Islam on her volition, then it’s not an offence in India.

When it comes to Love Jihad, it is important to understand that if the girl in question is minor then the parents of the girl can approach the law enforcement under the law relating to kidnapping and abduction and request the Court for her custody because her parents are her legal guardians but in the other case, if the girl in question is a major then parents have no legal recourse to it if she has consented to the marriage with the man belonging to the Muslim community, just as it happened in Hadiya’s case where she said to the Court that she consented to the marriage and conversion both.

Love Jihad is an issue that is only garnering so much attention because of the position of Hindu organizations and the political support that they are getting. But it is really important to understand what are implications of the involvement of politics in religion and is it right that parties are using them for gaining an advantage over their rivals and also inciting communal hatred amongst the masses, which is already evident from the fact that many cases of Love Jihad are being reported from various states.

Social media is playing its own important role in spreading communal hatred where pictures are being posted with captions like Love Jihad means the death of Hindu girls or saying that Muslims are jihadis amongst various conspiracy theories about several organizations such as ISIS or Pakistan funding this mass conversion of Hindu girls. The involvement of NIA in questioning the husband, such as in Hadiya’s case, actually seems alarming.

Isn’t it important for us to understand that at the times when the country is already divided due to the CAA coming up and lingering Islamophobia which is not only present in our society but is also furthered by media, for instance, the example of how in the month of March Muslims were hated nationally for Zamat which allegedly caused the cases of coronavirus to spread rapidly and arrest warrants declared for Maulana and other people, ironically the same government with the help of media is explicitly and fervently supporting other religions?

Ironically enough for an issue which is not even recognized legally in India, because as per constitutional mandate, the people of India are bestowed upon the freedom to practice religion, and the Special Marriage Act was enacted with the purpose of furthering inter-religious relations and facilitating communal harmony in India when the State Government of UP announced a special task force being set up for an investigation into the problem of Love Jihad and also an assurance of passing an ordinance to handle Love Jihad, in my personal opinion the government should simply stay out the personal matters like religion like it is intended as per the Constitution of India where we adopted secularism.

If we think of it and question how did we come to such a path, it is vital to know that the need to preserve or protect the Hindu faith did not arise recently but if we look at various movements such Shuddhi Movement by Arya Samaj established by Swami Dayanand Saraswati, but it was intended to include people from other faiths in our religion and accept them, not persecute those who have willingly renounced Hindu religion?

Sakshi Garg
A Law student passionate about writing. I believe in the power of words and bringing a change in the society by making people aware of issues which society is facing and only awareness can make us take an initiative to help others