Fairness Products Should be Banned or Not? 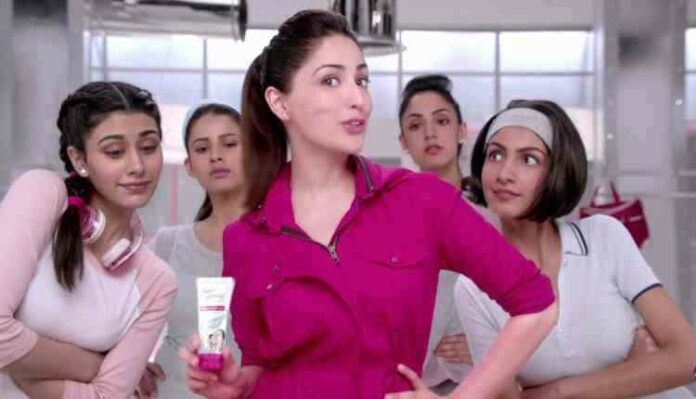 Slim, fair and tall – an advertisement for searching for a bride. We are used to be with this kind of ad that we don’t even realise what is wrong with this statement. The qualities listed above are must require in arrange marriage type drama. Among these – Fair Skin is priories always, no matter which state, city or caste or community you belong, everyone is obsessed with the fair skin; no barrier is restricting it. Due to this kind of hype in our society dark-n-dusky skin girl feels inferiority complex and have to face racism, marital problems, teasing by their peer groups, etc., which causes low self-esteem into them. Gradually she also feels that her skin tone makes her push back in every area of life, and she started one or two ways to become fair.

Taking benefits of this mentality fairness cream company have started to put their products in the Indian market for decades. They are beautifully advertising their product, that these persuasion techniques that play on one’s mind while we contemplate how to spend our money. Every dark looking girl at least once in her life will be trapped into this. “The obsession with fair skin is being called the ‘Snow White syndrome’ in India, a market where sales of whitening creams are far outstripping those of Coca-Cola and tea.” said by Dr Susan Sridhar, the Dean of Media Studies at Hindustan College of Arts and Sciences, Chennai. The Indian market of fairness product is growing 17% with every year and crossing 3000 crores till date.

Recently Times of India has narrated the list of few celebrities, who denied to endorse these fairness products. Their belief is like they are public figures, and by promoting this kind of endorsement, they are giving the wrong messages to the younger generation. And thus make it stereotypes. Kudos to those few figures who stood up against this whitening product. On the contrast, leading stars are engaged in endorsing this kind of shits. Some Bollywood divas also confessed that they had been trolled during their teenage and struggling years with their dark skin. But they shut people’s mouth by achieving great success. But there is also a bitter truth that some of them also underwent the skin whitening treatment; we can notice their skin becoming lighter and lighter with every upcoming film.

Nowadays, not only girls but boys too are obsessed for the fair skin. That’s why whitening products not only limited to women, but they also started targeting males too. The architect of the Fair and Lovely ads, Alyque Padamsee, wrote to an OPEN Magazine, “My biggest breakthrough on human behaviour was Fair & Handsome, a fairness cream launched as recently as 2005 by Emami. Here, I discovered that the Indian male is as vain as the female when it comes to his looks and attractiveness to the opposite sex. Hindustan Lever’s Fair & Lovely, which had led this fairness market for decades, had been sleeping over this vital clue.” Double endorsement, double the customers, leads to doubling the profit.

Refocusing on this product, it contains various chemical and bleach. Which can give you a stain white look? Which can be looked like fairer than before for a while so that you start believing in its effectiveness. But it’s just a mirage — pH property and bleaching is not suitable for all skin types. Long term use can also damage the skin. Itching, allergic reaction and photosensitivity can occur; in some cases, it causes skin cancer too. With chemical, layer skin cannot breathe properly. So sebum can, not throw outside the body which results in acne-prone skin. So why take such risks to fulfil criteria which have been settled by others, not you.

The society also should understand & stop being obsessed with it instead of encouraging it. Do not let girls treating with their skin tone. We should accept our skin colour, whatever it is. We are beautiful in all shape, size and colour. And beauty comes from confidence and inner side, not with the Color. Every girl also should step forward to fight back and be confident about herself, then no one can judge you for any reason. Be bold; be confident.