Freedom 251 Booking has been Closed, Next Phase of Booking will Start Soon 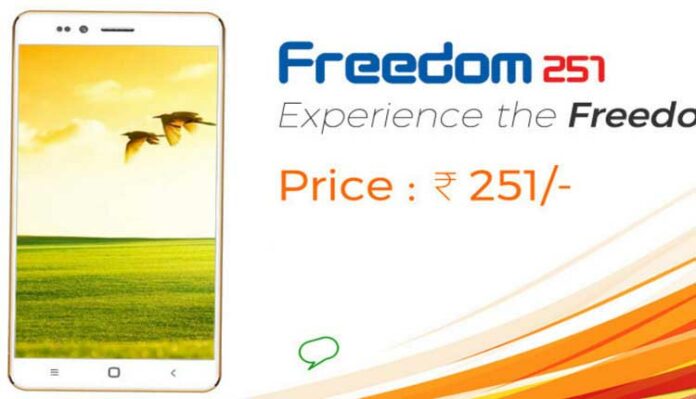 The company says, that it was the first booking phase, which has shown higher response rate and the next booking phase will start as soon as possible. The company claimed that 5 million advance bookings for the Freedom 251 has been registered by 20th February where only 2.5 million mobile handsets will be granted.

5 Million Advance booking and the registration has been made for the Ringing Bells Freedom 251 and the company have generated a revenue of Rs 72 crore. According to the reports and many companies out there Freedom 251 has been rated as the cheapest smartphone ever sold in the market. Many people doubted about the price trend of this mobile phone which emphasized the income tax department raid the company office and investigate. Nevertheless, the company has now claimed that the millions of smartphones are likely to be made available to all the customers. Ringing Bells MD Mohit Goyal said, that the company will set up its two manufacturing units in the NCR region of Noida and Uttarakhand and will start the production of the Freedom 251.

The order can placed from the freedom251.com