An Engineer from Chandigarh owned iPhone 5s Only for Rs. 68 from Snapdeal 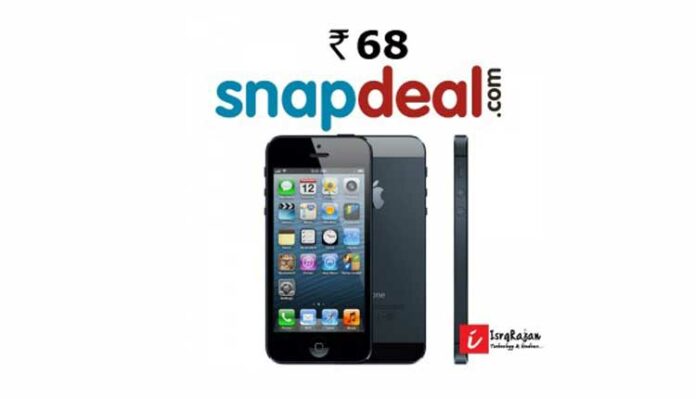 On 12th February 2016, Nikhil Bansal B. Tech Engineering student from the Punjab University who has spotted a 99.7 percent discount over the iPhone 5s on the Snapdeal.com. Without making any delay, he placed the order within the fraction of the second which only cost him 68 rupees.

But, unfortunately he did not receive the phone since it has been a technical fault by the giant e-commerce website Snapdeal. However, Nikhil Bansal decided to approach the State Consumer Dispute Redressal Commission (SCDRC) of Sangrur in Punjab. After hearing, the court order Snapdeal to give the iPhone 5s for Rs. 68 with a penalty of Rs 2000.

After few days Snapdeal again approached the court for a rehearing, but this time court fined the SnapDeal with Rs. 10,000 and ordered to deliver the iPhone 5s to Nihil Bansal with the penalty amount. This is not the first time that Snapdeal has faced the issue.