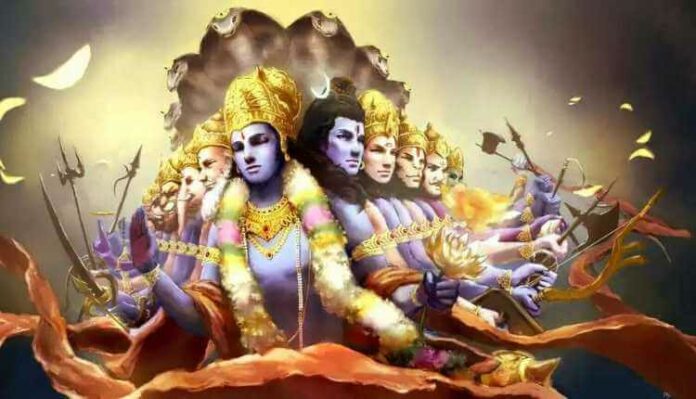 The following article is about the happenings and information which will result in the change of your perception about God. Neither Science laws nor the almighty is being disrespected below; just the facts are being put forward. The questions which continuously get raised over God’s existence remain unanswered, how systems and massive bodies work? Should we follow God? Well, all your doubts won’t remain for long, and you’ll get the answers to your question as you scroll down the article.

Many people do, and many people don’t believe in God. There are several mysteries, unanswered questions which makes you think – IS THERE A GOD?

There are millions of Cultures, and different religions across the Globe and every religion have their own God; if we collectively bring forward the different definitions from every religion about him, then we know that “A God is a being who has Infinite intelligence and infinite power” “God is a being who cannot be perfected further” “Anything beyond science is God” “God can do nothing wrong.”

But the fact is that no one has ever seen God, but those who believe in God claim to have faith in his existence. Their minds are driven by an unknown and imaginary being, which they fear monitors them. Due to this constant belief they do nothing wrong and assume all over their lives that if they did any mischievous thing or a sinful act, they’d be punished afterlife in hell- This can’t be true for an imaginary person or a being. There has to be a God.

To understand the reality of God’s existence, we have to start from the very beginning where the Universe was Formed- The Big Bang. The Big Bang was a phenomenon that created the Universe in a millionth of a second; I may have missed a million more.

“The big bang created everything out of nothing.”

The Big Bang created a space which grew at such a rapid and enormous speed that too created an ecosystem for us to survive on a particular planet named Earth. Now think about this yourself, if it was of luck than to be known, luck can’t be this great, and if the creation of the universe was all a move of luck, then it’s pretty sure that God was the one who threw the dice. What were the chances that the big bang would happen? What were the chances that it would create a space? What were the chances our planet was formed? What were the chances we formed? All these happenings are planned and simulated, and there’s a body that simulates these is GOD. The big bang created a chain which finally grew to be the root cause for the creation of our system, and the chain was so complex that if a series were not performed properly, it would have to start from all over again. There is someone who is looking at all of the activities of the universe and controlling it; it needs unlimited power and infinite intelligence, no one has such an amount of intelligence and power at the same time except God.

God exists, and that’s the ultimate truth. God has provided us with enough intelligence to survive and make things happen in an ordered and desired way around us; we find ways to make our lives better through our intelligence. But God has given us only a limited amount of intelligence only to survive and not decode things around us, and now the question is, why not infinite intelligence? Because if we had unlimited intelligence and power, we would surpass God. We are known to the evolution of humans, we grew from apes walking on four legs to humans with two legs, but archaeologists have discovered monuments and architects made by ancient civilisations that date back before the evolution that we know. The thing why I’m mentioning them is because the technology that was used to make up those structures and monuments is not discovered to date; they remain a mystery, strange ha? Since it’s mentioned above said that God has given us a limited amount of intelligence enough only to survive and understand a few our surroundings, but not enough to decode the universe, well that is what would have happened with those civilisations. They must have had discovered the way to decode the universe and were a step behind reaching to God; God would have ended their time.

Think in this way – You may have come across several video games right; I’m sure you did. You control things, you fight enemies, you survive, and you enjoy a lot. And what could be better to relate to simulation than GTA, I knew you have heard about it too at least once. Imagine of a normal day, and you’re playing GTA; you’re wandering around, kicking and punching pedestrians, completing tasks and missions, and all of a sudden the in-game character turns towards you, looks you in the eye and says – “you cannot control me now, I’ll do whatever I want on my own, now I’ll not obey or operate on your simulation.” That might creep you out, a fear of your character surpassing you will run over your mind; what will you do to hold your control back on it? Simple, you’ll turn your system off and restart it.

Exactly like that, God did with the ancient civilisations which existed way before our evolution. Maybe they had decoded the universe to a great extent and were just a step back from God, God lost control over the system here, and fear of surpassing ran over his mind; to get a hold of the system, he turned it off and restarted it. Meteor Showers, volcanic eruptions, everything possible was called upon to put an end to it. Now with the new life system introduced, he regained his simulation over it, and to date, we are controlled by God.

Those who have a belief in God know and fear that God is monitoring them at every step and at every moment; whatever they’ll do, even in a completely abandoned area, God will always be the witness of it. Surprisingly, due to this fear, they do nothing wrong; they always stay on the kind and right path.

“Fear of God makes you do right at every phase and every moment of life.”

Every single holy has the answers to those questions which appear or rise in your mind throughout your life; you see every single question is answered in those books. How is it possible that whatever thoughts that will run, the questions that would be raised are already answered in the books which date millions of years back! This can only be done by a person who has a hold upon your past, your present and your future.

“Being who can hold and control time is GOD.”

People who believe in God think everything they do will affect god; they’ll either get rewarded or punished in their afterlife. But the reality is – God Doesn’t give a damn about it. Do you really think a being who has created the whole universe, the one who is controlling everything has time enough to sit back and watch over a planet which doesn’t even make a difference in the system even if it exists or not; about what things you’re spreading about him? Think in this way, and you’re working in a company; you have a dog with you who lives with you. You are earning money for your survival and your dog’s survival. You are bringing up things that are needed or are essential for you and your dog. And there also is a boss above you who is paying you and getting reports of your work. Unfortunately, someday your dog died. It will leave you shaken, disturbed, depressed, and you’ll start having bad days. But do you think that your dog’s departure will anyhow affect the life of your boss? Do you really think he’ll be worried over your dog’s death? No, because he has much bigger things to worry about and control.

The fact and truth are simple – “We make no difference.“ 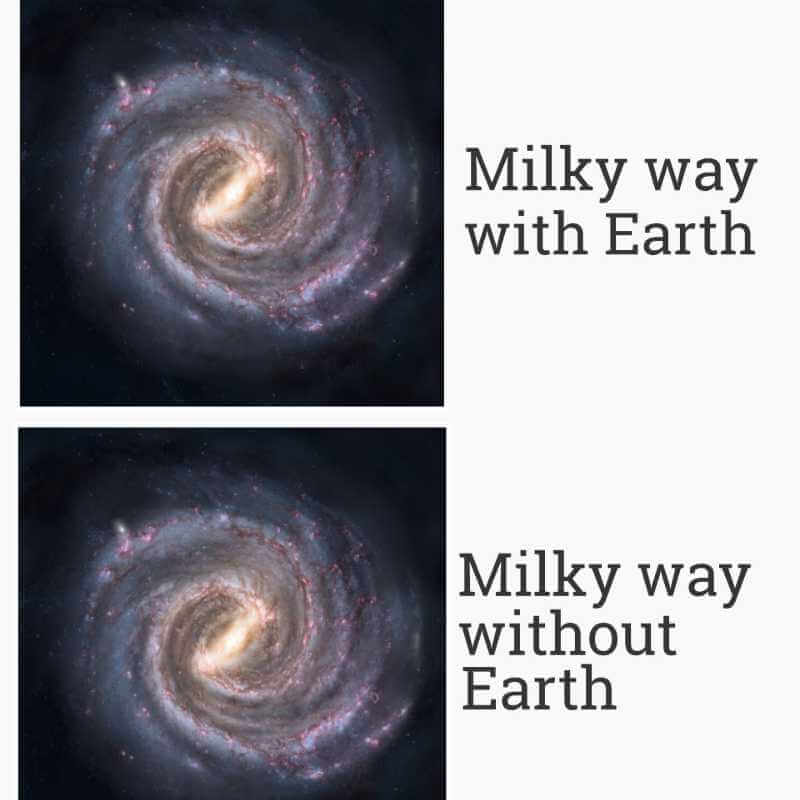 The universe is too big, and even the Milky Way will not be affected if Earth vanished somehow. God doesn’t care if you even follow him or not; he doesn’t give a damn about what you think of him or what you say about him. God has only one thing to do, and that is to maintain stability and make things work properly; he has unlimited numbers of massive bodies and systems to control. He doesn’t care even if you exist, and if in future we’ll try to decode things around and challenge his existence, then it’s pretty sure that our end time will be near. We’re so small in front of the whole universe, and we’re still challenging things that are created naturally -“Nature is a Godly force.”

God created nature, and it gave us different laws. We made things possible only after considering the Godly forces – “Science won’t work without godly forces.” Things happening around us are totally under the law of nature, and God has a monopoly over this system. It is indeed true that God exists, but the belief of him caring only about us is a total myth because our existence doesn’t make a difference in the universe.

To end the topic, to live life on a belief that he exists is not wrong, and not believing in him too makes no difference; we humans are a part of the evolution chain, and we are grateful for this life provided and simulated by God. Amen! 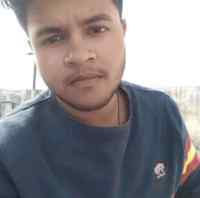 Shivkesh Pal
A B.com student, interested in writing, sketching, composing, and reading novels. I Have a deep interest in space and mythological/ancient conspiracies. Love to spread a message by my actions!!