How Ayushman Bharat Yojana is a blessing in disguise for the Poor? 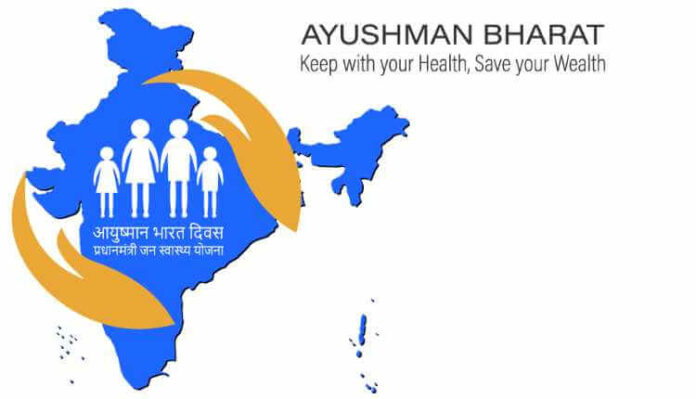 The entire world is fighting the pandemic, leading to a global lockdown. The virus had taken lives as well as a means of livelihood. The virus is incessant and proving to be fatal. With no vaccine ready yet, people are forced to stay at home. Globally the virus has affected around 82 lakh people while deaths are about 4.2 lakh. Countries which have highly developed medical infrastructure even have failed to cope with the virus. The countries are falling short of doctors, medical staff and equipment required for the treatment.

Countries globally are working hard to find a vaccine or a cure as soon as possible, but the virus is unknown and even reversing the virus is not helping. The researchers have to make a vaccine from scratch, and it is believed that the vaccine may come by the year-end.

India was very fast in imposing a nation-wide lockdown, and it had learnt its lessons from countries like Italy, Spain and France that this coronavirus is not an ordinary virus. Thus the lockdown was imposed with partial relaxations which helped India to keep the tally of the positive cases low. Though the virus reached the country late, the outspread has been quick and incessant.

Still, India is in the top 5 worst affected countries from the novel coronavirus. In India, the tally of the positive patient is around 3.5 lakhs and deaths near 11 thousand. India being such a densely populated country the cases are relatively low while the mortality rate is amongst the lowest in the countries affected by the pandemic.

According to the global healthcare quality and access report by Bloomberg, India ranked 145 out of 190 countries. This shows that health infrastructure in India is in a very bad state. Still, India managed to cope with this unknown enemy.

India has its population from two areas: urban area and rural area. For the authorities to curb the outspread in urban areas is still easy when compared to rural areas. As this nation-wide lockdown has stopped all the economic activities, all the migrant workers are forced to return to their villages and hometowns. As a result, there is a risk of spreading the virus. People in tier 1 and tier 2 cities have accessibility to hospitals and other medical services, while people in villages don’t have the required medical infrastructure. About 472 million in Indians have health insurance while the rest is uninsured. This indicates that most of the population of India does not have the required funds to get themselves treated for the coronavirus. Out of this number of 472 million, 359 million people are covered under the government health insurance as per the 2018 report.

Thus, India needed improvement in health infrastructure and accessibility of the services to the worst affected population of the country and achieved universal health coverage which is one of the sustainable development goals.

The administration in 2018 launched the Ayushman Bharat Yojana, which is the world’s biggest medical coverage/affirmation scheme completely financed by the government. With the aim of leaving no one behind. This plan intends to undertake path-breaking intercessions to comprehensively address the health services framework (covering prevention, promotion and ambulatory care) at the primary, secondary and tertiary level.

It gives a cover of Rs. 5 lakhs for every family every year for secondary and tertiary care hospitalization across open and private empanelled hospitals in India. PM-JAY gives cashless access to medical services for the recipient at the point of service, that is, hospital. PM-JAY imagines helping alleviate catastrophic expenditure on medical treatment which drives almost 6 crore Indians into destitution every year. Advantages of the plan portability across the nation over, for example, a recipient can visit any empanelled open or private medical clinic in India to avail cashless treatment. Services incorporated are roughly 1,393 procedures taking care of the considerable number of costs identified with treatment, including however not restricted to drugs, supplies, indicative administrations, doctor’s expenses, room charges, specialist charges, OT and ICU charges and so on.

Till date, 12.45 e-cards have been issued and around 96 lakh hospital admissions while 20 thousand both public and private hospitals have been empanelled under the scheme. Even after such numbers and key provisions included in the scheme the insurance was considered failed because of its implementation process, burdened hospitals and large amounts failed to be sanctioned.

Considering the present situation of India where the virus is spreading like wildfire in the forest. With the raging coronavirus outspread in India comes mounting medical bills. This is considerably troublesome in a nation where just 20% of the populace has health care coverage inclusion. Thus, Indians pay the most out of their pockets for getting to access medical services. Be that as it may, India’s general medical coverage inclusion for the destitute could help mitigate a portion of this monetary burden.

The move may give some help to India’s floating workforce, who have been under extraordinary pain since the national lockdown was forced, prompting the loss of job and lives, other than starvation and medical problems. In the event that we look from the health perspective, the introduction and status of disease of the vagrant workers are obscure and whenever contaminated will have concerning repercussions.

. Thus, we can see how Ayushman Bharat which was not much used is now proving to be a vital tool unknowingly for the people who have opted for it because the treatment and the test cost are exorbitant.

The Central government initially started with allowing free testing for those under the scheme. One test cost 4000 for a migrant worker to pay that sum is a lot, but this scheme ensures free testing. The only thing required is an e-card, to ease that the government has linked Ayushman Bharat card with Digi locker. Further, we are managing the call centre for the 1075 helpline of the health ministry. People who are working under Ayushman Bharat field around 30,000 to 40,000 calls each day as for providing required data to the users. Besides, they presently have a major database of residents. This database additionally gives us who are the high-hazard individuals, the old, the individuals who have co-morbid conditions, and so on. Officials have made 700,000 calls to such high-risk individuals. Of those, follow up with any individual who has COVID-19-like side effects. The doctors are requested to call them to guarantee they get the correct data and treatment. On the off chance that they need testing, treatment, or isolation, is overseen.

To ensure health cover to the under-privileged during the pandemic, so all the migrant workers will receive treatment under the public insurance. In all the empanelled hospitals. Lastly, the Supreme Court on Friday asked private hospitals whether they are ready to provide treatment to COVID-19 infected patients at the charges prescribed under the government’s Ayushman Bharat Scheme. As the charges, there are around 50,000 per day while under Ayushman Bharat yojana it is merely 4000 per day. It is not compulsory, but the apex had asked those which lands at concessional rate are.

The COVID-19 pandemic has presented several challenges economically to psychologically. The most important as of now is if you are getting symptoms which are similar to the virus, individuals should get tested and receive treatment. With this said, the most vulnerable population of the country can to get treated and ease the financial liability of migrant workers. This could be a stepping stone towards achieving universal health coverage while encouraging people to opt for such a scheme. It is a step towards better health infrastructure and a tool to fight the pandemic. Thus, it would not be wrong to say that Ayushman Bharat scheme is a blessing in disguise.

Samarth Garg
I am samarth garg an aspiring lawyer