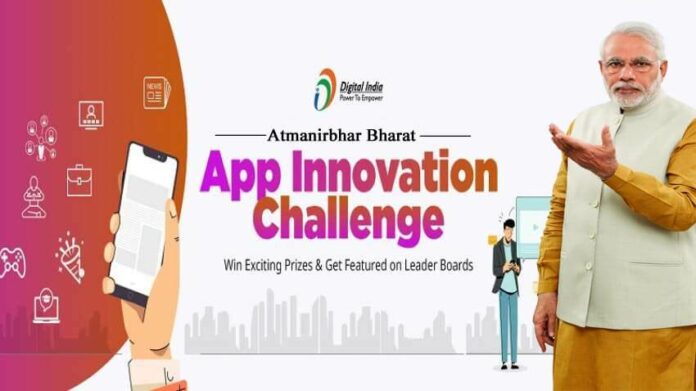 With a harsh and extensive 21 day, lockdown and a series of lockdowns imposed by the government of India across the nation led to a halt on the economic activities of the country for a little while. Thus leading to labour lay off, holding off salaries, etc. However, when the economy reopened, it came as a resuscitation to the operations halted and thus led to re-starting of operations in manufacturing, textile, cement, steel, etc. It was no sooner when our honourable Prime Minister Narendra Modi urged all the citizens to adopt the principle of ‘Atmanirbharta‘ and be ‘vocal for local‘ to make our country self-reliant. He further proposed that a self-reliant India will stand on five pillars: economy, infrastructure, system, demography, demand. Such appeal was welcomed by all the citizens, and they were ready to adopt locally produced goods to augment the demand-supply chain.

While we were getting back to our daily lives with reopening the economy, the country witnessed a severe backlash from China, where 20 Indian soldiers were killed and several Chinese troops too. This infuriated each and every Indian. Their first instinct came in the form of burning the flag of China and breaking the television and mobile phones brought from Chinese companies. From then, the country and states altogether have taken several measures to give a unified answer to China, such as Uttar Pradesh made it clear not to purchase any Chinese equipment required in its energy sector. BSNL and MTNL tender with Chinese companies for up-gradation of 4G technology were also cancelled.

The Dedicated Freight Corridor Company Limited (DFCCIL), a subsidiary of Indian Railways terminated Rs 471 crore contract which was awarded to Beijing National Railway Research and Design Institute of Signal and Commission Group Company in 2016. the reason cited was that the requirements had not been fulfilled and 20% work has been completed so far. A similar kind of monumental decision was taken by the government when an order to ban 59 Chinese apps was passed. These apps included mainly Tiktok, UC Browser, Share It etc. Most reports justified that such a decision had been taken for the protection of the integrity, security and sovereignty of the nation. According to the information provided by the Intelligence Agency, it was clear that these apps were just a pathway for China to enter into India’s territory through hampering cybersecurity of 130 crore Indians. This paved the road for Indian companies and apps made by Indians to grab this opportunity at the earliest.

Technology has moved at a fast pace in India over the years in the form of recent developments, increasing job opportunities and improved access to resources. India secured the 44th position according to the world digital competitiveness rankings in 2019 from 48th place in 2018. This has been possible due to cultivation and development of Information Technology in India. In contrast to 1.2% in 1998, it grew to 7.7% in 2017. With IT hubs in Bangalore, Chandigarh, Chennai, Hyderabad and Pune, India is on its road to become the next silicon valley.

India is also emerging as a growing industry for app development. Apps have made our lives simple and hassle-free by just the function of fingertips. As the internet is widely accessible to the majority of the population, and since the smartphones are also available within the budgeted rates, users of these apps are increasing rapidly.  A normal individual navigates through 6 to 10 apps per day. According to a report published, India was ranked at second place in terms of the most app downloaded after china. There are around 880000+ Indian apps on Playstore with around 24000+ Indian publishers.

The major Indian publishers, in this case, are Smart Media4u Technology Pte limited, Samsung R&D Institute India Noida, Reliance Corporate IT Park Limited, Novi digital, Airtel etc. With COVID-19 entering our lives as an unwelcomed guest, it has induced ourselves into locking ourselves safely in our homes and surrendering ourselves to this virtual world brimming with apps related to education, shopping, games, lifestyle, health etc. Even during the country’s fight towards coronavirus central governments and states, governments came together to develop numerous apps for checking the spread of COVID-19 in the community. Since the banning of Chinese apps, Indian apps such as Chingari, Mitron, Roposo etc. developed by Indian developers have seen a manifold increase in the number of downloads and users per day. In view of this, Niti Aayog has launched ‘Atmanirbhar Bharat App Innovation Challenge’ in partnership with Atal innovation mission.

This challenge is segregated into two categories mainly:

The challenge has been broadly categorized into 8 parts:

Here are the reasons why this challenge can be the next successful attempt of the government in reviving our economy:

This initiative by the government can help in generating self-employment for those who have ideas and are willing to put it into action. Moreover, it can also provide employment to a number of people who can help in carrying out the operations of the application, for example: if the app is related to shopping, then several delivery persons can be employed to do the fieldwork; similarly, if it is an educational app, several tutors can be hired to disseminate knowledge to students. With proper support from the government and adequate investment from some companies, they can easily build their app and thus contribute their knowledge, ability, skills and experience to it.

The Prime Minister indicated in his statement that he was looking towards a Digital India and thus he wanted to unify the startups, youth and organizations into developing a booming app ecosystem. This can be achieved by preaching the principle of self-reliance because it is always safe to invest one’s hard-earned money into one’s own nation’s products and thus contributing to the GDP of the country.

The inclusion of the entire community into such a program without any constraints pertaining to caste, colour, creed serves as a boost to the confidence of those who have the right prowess, idea and experience and are well versed with the knowledge of app development. Incentives and rewards and recognition on the leader boards also incite excitement among a large number of people.

4. No compromise on security

When we use foreign-made apps, there are innumerable probabilities that our personal data and information is likely to be retrieved for their purpose. This may be due to reasons such as hostility or mutual hatred or differences between these nations. Moreover, grievances are addressed at a faster rate in home-grown apps.

This challenge will also aim at promoting the apps which have already been developed by some Indian developers, however, due to lack of proper means they are unable to build an accurate user base for their apps. With such acknowledgement from the government and encouragement to adopt indigenous apps, the users will shift their focus towards these apps. This has been seen in the case after a ban was imposed on 59 Chinese apps such as Tiktok, Helo, Like etc.; thereby, Indian apps such as Chingari, Roposo, Mitron saw major spurge in the number of daily downloads.

With no signs of COVID-19 leaving our lives any sooner, we have to adapt to this new virtual way of living that has been created by us and for us. Perhaps, these tools are here to make our lives a bit better, simpler and less monotonous. With concise efforts and coordination of each individual, our country will revive again.