How to Install Latest Android Hike Version on BlackBerry Z3, Z10 and Z30? 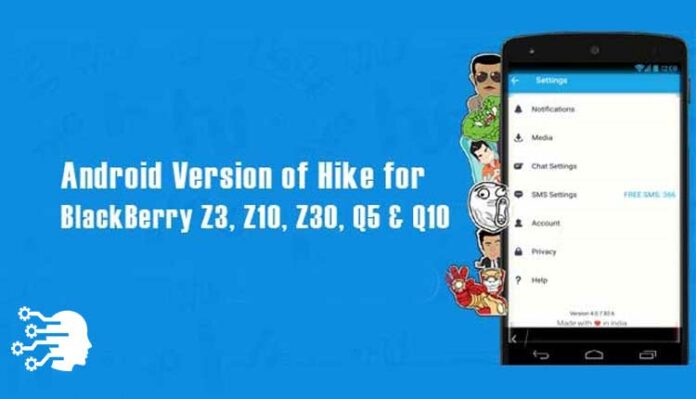 BlackBerry OS 10 Series are capable of running apps build for the Android Operating Systems, but in other hand, there is problem with running and installing most of the android based applications as it is either not supported by BlackBerry OS 10 series based smartphones like BlackBerry (BB) Q5, Q10, Z3, Z10 and Z30 or have some or the other technical problem.

In this article we have detailed on how you can install the latest Android version of Hike on your BlackBerry Q5, Q10, Z3, Z10 and Z30.

Things you will need

Before proceeding further make sure you have installed the following apps:

Once you have downloaded and installed the above mentioned apps, make a reboot (restart).

The first and the most important step is to uninstall the older Hike version completely build for the BlackBerry. We careful because this step is very important and you are advised not to use the BlackBerry in-built functions/options to uninstall the app, instead use the “Uninstall” app that you have downloaded from Google Play Store or from the above mentioned source.

You may not have installed the Google Play Store on your BlackBerry smartphone, therefore the only solution to download the Latest and the safest Hike Android version is from the official website of the hike from: get.hike.in/download/android/

Once you have downloaded the Android version of hike messenger from the official website of the hike, simply open it and install as the regular application. In case of any technical difficulty let us know at our forum www.isrg.in