How To Speed Up Android Smartphone Like Never Before?

Everyone Wants unlimited control over their smartphone. Do you want control over your phone? Root your Android Smartphone to get a better possibility in a pocket, but it will also void your smartphone’s warranty. Sometimes Rooting Bricks the smartphone, Which is the heart Breaking Moment, but don’t be worry — Now you can safely Root your smartphone with Wondershare Tunes Go.

Its’s Time To Safe Root With just a Click 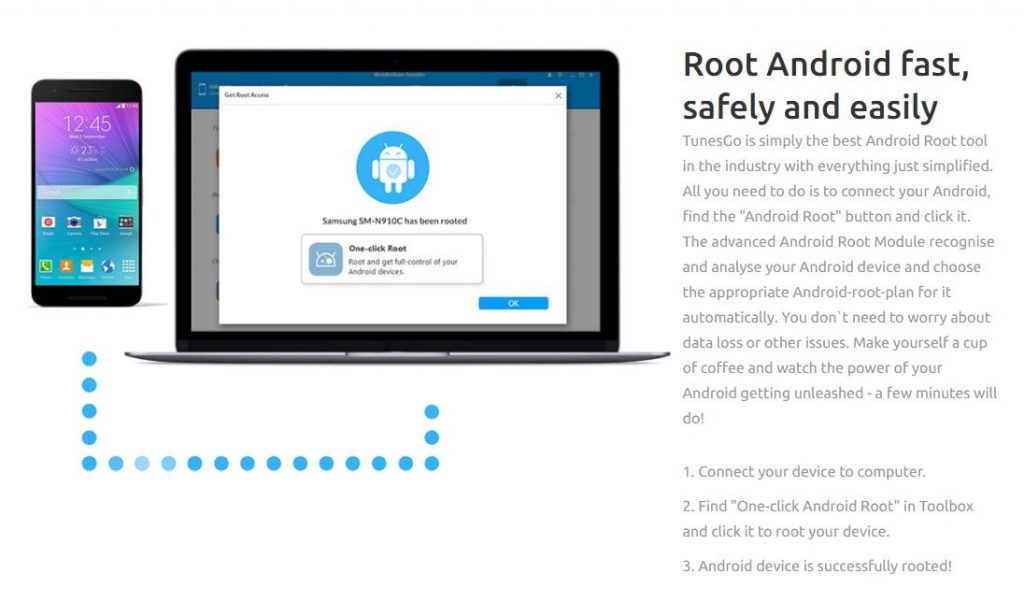 Get a root access within minutes with just a click by using the TunesGo Software Tool. This is the best possible and safest way to root your Android smartphone. With this tool you get an awesome feature of rooting without loosing your data. This Tool automatically plans your smartphone rooting by analyzing different blocks. Simply you just need to click on the Root Button without having much efforts. Just watch and see the extra power of Android. Rooting just takes a few minutes

Features After Getting Root 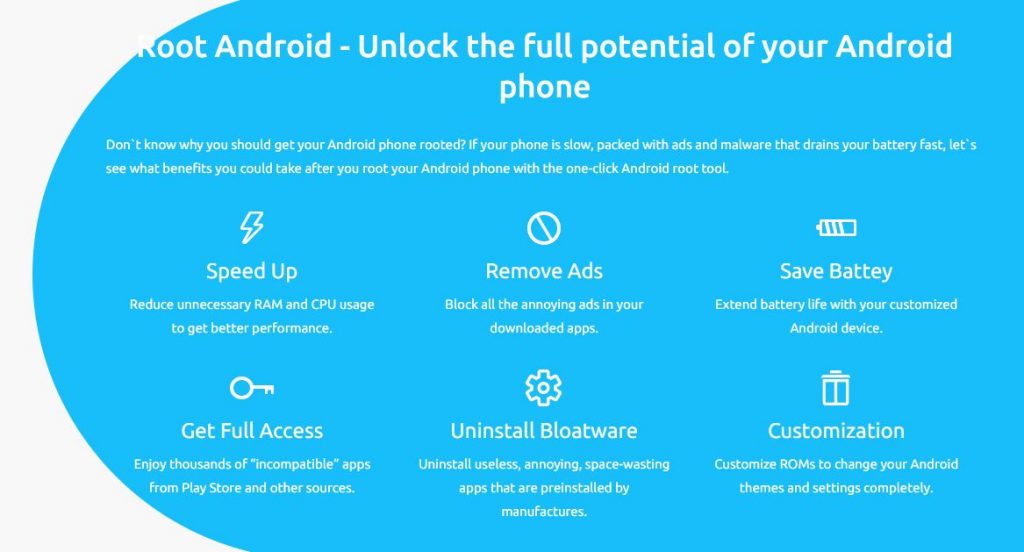 1.Speed Up Your Device

Get a blazing fast speed with rooting by shutting off rarely used apps and increase CPU power by changing CPU frequency. You can adjust the CPU speed by using third party apps after getting the root access.

After getting root access you can uninstall useless and annoying apps covering space and wasting apps that comes pre-installed by Smartphone manufacturers. It’s very easy to delete system apps after getting the root access by using third party apps like root Uninstaller.

Now you can extend your battery life By using rooting apps like Greenify you can Hibernate your apps which you may oftenly use. Now you can even Hibernate the social media apps like Facebook,Facebook Messenger.

With rooting you can remove ads and adware apps which you may have downloaded from Google Play store and unknown sources. Most of the time users are distracted by annoying ads Which always waste your time and  battery.

Just search on Google for Wondershar Tunes Go. It is the multi tool with File Manager, apps backup. music. video. photos and Its most important feature is Rooting with just a click. Its success rate is very high without zero Risk 100% guarantee over rooting. It supports over 7000 devices in this smartphone world. Without void your warranty you can Root your smartphone with Wondershare Tunes Go software. This software is easily available on its official website for free. It’s only available for windows not released for Mac OS.

To get more updates of Technology Please stay connected with us.