Is Newspaper dying, due to Internet? 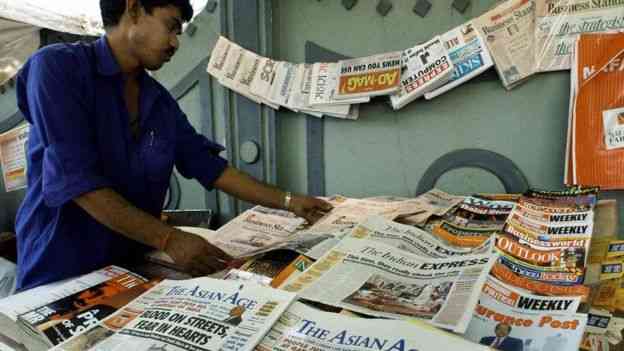 Previously, newspapers were the handwritten sheets, which was circulated or delivered. It was basically comprising of war news and alerts those days. If we look back – newspapers were the only source of passing the news about the incidents in the cities. The very first newspaper in India was started in 1780 under the British Raj by James Augustus Hicky which was named – Hicky’s Bengal Gazette. This newspaper was published just for two years, the publication was stopped as East India Company snatched the newspaper printing press. This was said to be the first newspaper which was published from Calcutta. Mostly he was writing the articles about criticizing activists Lady Hastings and Lord Hasting wife.

However, this print media gained potential in the phase when Indira Gandhi (Prime Minister of India) declared the Period of Emergence in year 1975-1977.

Newspaper turning Obsolete is thus the most evolved topic presently. However, the cyclic emergence of technology has deepen down the newspaper media. As other medias like radio, television emerged this print media was replaced in those days, it was found to be less professional and corporate. Though the print media was sustained providing news of various incidents and happenings , Later the number of newspaper publication increased. But due to many disadvantages or lacking features it still didn’t developed a good stand.

The Bombay Samachar which is now known as “Mumbai Samachar” is Asia’s first newspaper, which was published in year 1822, it was comprising of three full blank sheets (quarto sheets). News paper prices were reduced due to the lack of classified advertisements and circulations. If we look back to the old print media (newspapers), it was comprising of advertisements of lost people and real estate property, sale advertisements. The founder journalist- Fardoonji Murazban was praised by Indian and British Government for providing adverse analysis of events and current affairs, which led this newspaper publication stand, and currently the publication is still running and is available in two languages Hindi and Gujarati. Lately due to the increase in educational rate this English editorial news paper made people indulged in it and they find it interesting. But this technological emergence have grabbed the attention of viewers and readers.

Internet access has just flaunted this field by being easy, convenient way of transmitting news, facts and incidents. It didn’t even failed in providing entertainment to readers and thus the high clarity content made people relying onto this internet source for getting news. The conversion of news from Print to Digital Media has limit the newspaper readers and made people more dependable on news circulated on the Internet. Also, the Newspaper was costing much in Advertising and wasn’t good enough for getting attention of readers, on other side Internet (Digital media) doomed up and now people rely onto it for classified advertisements, selling of estate, properties and other items. People loved the Internet services as compared to the newspapers. This digital source was found easy and suitable by readers and viewers, as it is quick in providing news.

News in the newspapers now a days turns out too old and boring, as the Internet access circulates the news in real quick and soon after the incident takes place. As readers already gets the news from the Internet, readers find no use reading the news back in newspaper which is published and circulated after many hours and days of incidents.

Also, such other platform like WordPress, Blogging, Medium has made easy sharing content with no limitations, however people find it suitable to share content. Thus, this way also turns out to the best method of passing news or content to large number of audience. Newspaper was however a failure in creating and circulating the content to larger segment of audience. This is one of the reason which turned- ” Newspaper as an Obsolete.” Internet has never found it hard in gaining views and reaching to varied number of audience in no time limitation. As said before, newspaper publishes the news which becomes an old news due to the Internet access distributing news faster, people find so many new contents, news uploaded. However this quick access made people more relayed on the Internet for getting news, information and stuff. Completely this digital source has drooled the platform by providing varied options in selection of relevant topic. Thus, more the engaging content, more the reader it gets.

To be stable and sustainable newspaper has to be with high quality content to get back to the eyes of readers. This cyclical phase has declined the newspaper. Before, arrival of television and radio were the source of news circulation. Somehow it is also backed up by Emergence of the Internet in 1990’s. Some features in Internet access allowed the access of sound and search function-to get the news they are searching for. Internet did reached a step ahead of television.

Presently, Newspaper turned out to an obsolete and the Internet is ruling a throne by not only providing quick and adverse information, but availing good cheap services like providing classified advertisements, publishing and get audience for the advertisements quickly at cheaper rate. 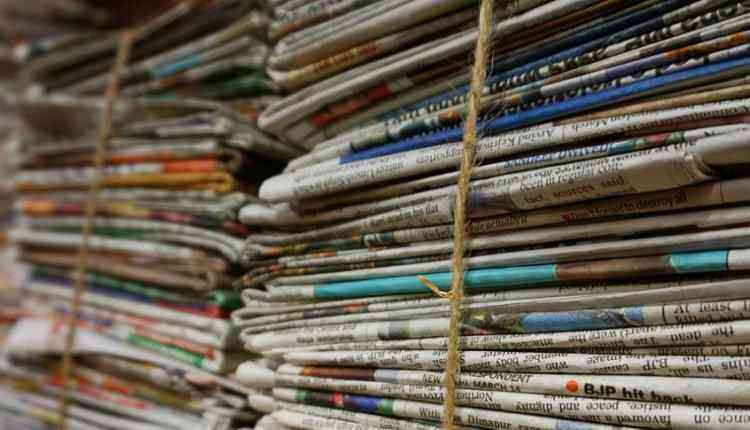 Few reasons which states newspaper as an obsolete.

Older age group may find it suitable reading the news columns in newspapers, but newspaper isn’t able to adapt youngster’s attention. Thus, youngsters find the internet a good source for getting information, news and interesting stuff.

The only content in newspaper is comprising of number of fonts, letters and few images which is not at all appealing, thus reader finds boredom reading the stuff, whereas high clarity information on internet is more suitable in this point.

It is just hard enough to find a important news from the piles and bunch of newspapers, in this case one has ease in finding important or relevant information anytime, anywhere.

Previously newspapers were available at cheaper rate, after the growth and development the cost of newspaper increased, which is also a reason for which people started limiting the newspapers. On other side, internet provides free access to the readers and viewers to read the news, information and so many interesting stuff. Hence, nobody would like to pay for the thing which is available for free.