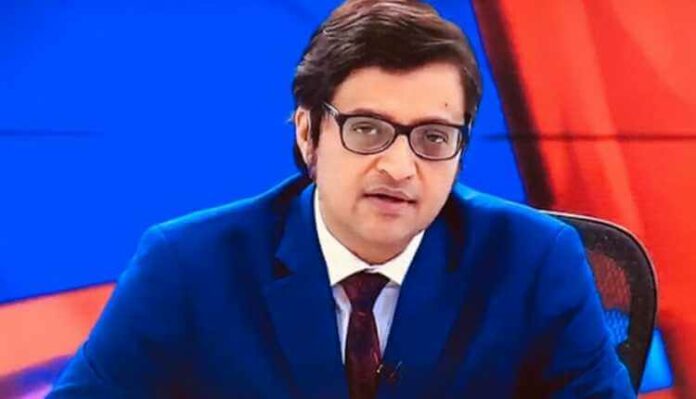 Hey! Do you want to know about the journalism Career and journey of Arnab Goswami? Today, Arnab’s Republic Bharat channel is the topmost news channel in India. Republic Bharat grabbed the top rank within just 1 year of its launch. It explains the stardom of Arnab Goswami and his work. We will describe here the amazing and shocking journey of Arnab’s life and his career.

Arnab Goswami is a senior journalist and owns two top-watched news channels in India. He inclined journalism since early life. After studying, he chose journalism as his business/livelihood field.

In the article here, we will study extensively on Arnab Goswami’s life. With this article, you will able to know more about Arnab Goswami like early life, education, business, controversy, etc.

Arnab Goswami was born on 7 March 1973 in Guwahati city of Assam. He is an eminent jurist from the Assamese family. His grandfather, Rajinikanth Goswami, was a lawyer, Congress leader, and a freedom fighter. His maternal grandfather Gaurishankar Bhattacharya was the leader of another party in Assam for many years. He was a freedom fighter, an intellectual writer, and also received the Assam Sahitya Sabha Award.

Arnab Goswami was born and had an early life under the patronage of these great personalities. Arnab is of sharp intelligence since childhood. The feeling of patriotism is in his blood. While grandfather-maternal grandfather was a freedom fighter, his father was also a military officer.

His attitude towards the country was getting stronger by keep-connected in the family. His father “Manoranjan Goswami” was a military officer. Therefore, he had respect and reverence for the country. When Arnab grew up, he lived with his father. His father continued to be transferred from place to place while in the army. Due to the transfer of his father, he also enjoyed the Indian diversity as diverse-culture influenced him profoundly.

The beginning of Arnab’s education is from his home itself. Informal education was received at home under the assistance of grandfather. He attended school in Assam for formal education.

He turned to Delhi to complete his graduation in Sociology from Hindu College. He joined Oxford University for a master’s degree, where he achieved a master’s degree in social science. In the year 2000, he was a visiting lecturer in the International Studies Department at Sydney Sussex College, Cambridge University.

Arnab Goswami’s wife’s name is Pipi Goswami. They also have a son. Due to his family, he keeps on visiting both Delhi and Mumbai. His father’s name is ‘Manoranjan Goswami’ was a Retired Colonel, Politician, and his mother’s name is ‘Suprabha Goswami’.

Now coming to the main topic, ‘His Career’ so, let’s know about his career and ups-downs in his career.

Arnab Goswami has started his journalism career in the 1990s. He formally ventured into journalism from ‘The Telegraph’ (a newspaper) as an editor role. In 1994, he worked as an anchor for ‘The TV News’ and presented a show ‘News Tonight’.

He shifted his career to TV news broadcasting with NDTV 24×7 in 1995, where he ignored daily news and reporting for “News Tonight” for a program broadcast on “DD Metro”. Later as news editor, he was part of NDTV’s team during the transition from program producer to the 24-hour mode in 1998.

From 1998 to 2003, he anchored the “News-Hour” Show every weeknight. It was the longest-running news analysis. He held the entire editorial content of the NDTV 24×7 channel as a Senior Editor.

He hosted a channel’s top-rated news analysis show “News Night” which won an award for Best News Anchor for Asia at the 2004 Asian Television Awards.

A career in Times Now

In 2006, he served as Senior Editor at Times Now. He got new achievements and unusual stardom in journalism from Times Now. He became the face of a fearless and courageous journalist in English journalism. Arnab’s popularity in the audience continued to grow every day. The fame of Times Now was also increased due to Arnab. The words were in the air that Times Now’s earnings had grown manifold from Arnab’s journalism.

As an anchor, he interviewed Pervez Musharraf, Sonia Gandhi, Shashi Tharoor, Rahul Bajaj, etc. For which he won the Best News Anchor Award. He became renowned as the best journalist.

A career in Republic TV

Goswami is the Managing Director, Editor-in-Chief, and co-founder of the Republic TV news channel, launched May 6, 2017. Within a week of its launch, the Republic TV channel topped the BARC charts in terms of viewership among India’s English news channels.

Also, he launched a Hindi version of Republic TV, “Republic Bharat” on the date 2 February 2019. Presently, he does programs on “Poochhta Hai Bharat” Republic Bharat TV. This show raises hot issues and puts the culprits in the dock. Also, read Best Hindi news channels of India.

The show “Poochhta Hai Bharat” is a program broadcast on Republic Bharat Television. In this program, most of the command handles Arnab Goswami. The way he shouts to represent hot issues and news engage more and more audiences.

In the field of journalism, the dispute is always with journalists. There are continuously some minor disputes with Arnab Goswami. A big controversy was that when more than one hundred FIRs were reported against him in different states at the same time.

Congress workers considered Arnab Goswami propagating this maliciousness towards Sonia Gandhi and registered the more than a hundred FIRs in different states of India at the same time. He was also attacked in Mumbai when he was going in a car with his wife. This controversy proved to be a big controversy ever in the life of Arnab Goswami.

In May 2017, The Bennett Coleman & Company Limited, also known as The Times Now Group, filed a police complaint against Arnab Goswami (former editor-in-chief of The Times Now Group) for alleging theft intellectual property, breach of rights, criminal breach of trust, and some other charges.

On May 26, 2017, Congress MP Shashi Tharoor filed a defamation suit in the Delhi High Court against Arnab’s TV channel, Republic TV, for involving Tharoor for his wife’s death.

In Arnab Goswami, the spirit of reverence and respect for the society is extensively filled. He acquired the inspiration for social service and social uplift from home. His admirable grandfather and maternal-grandfather nurtured and contributed to his character.

Arnab’s love for society is much appreciated. He does not want to see anyone sad and in trouble in society.

Through journalism, he exposed the government’s indifference to society. Always, He fights for society’s benefit and interest. He considers the society’s interests paramount, ignoring his own interests.

The appearance of nationalism by Arnab Goswami is not a coincidence. His grandfather, maternal-grandfather, and father all worked for the country and was engaged in the service of the country.

He works with the same passion and spirit even today. Due to the support of nationalism, he always gets into controversy with the opposition and people who betray nationalism. Arnab supports nationalism from an open platform.

In his prime-time show “Poochhta Hai Bharat” he exposes the traitors in hard words with impunity. Uncover conspiracies, aware people to be vigilant. It is the only result of nationalism that he continued to play his journalism work without any rest for many days to expose extensive conspiracies and attacks towards the country.