The US Sanction against the International Criminal Court (ICC) 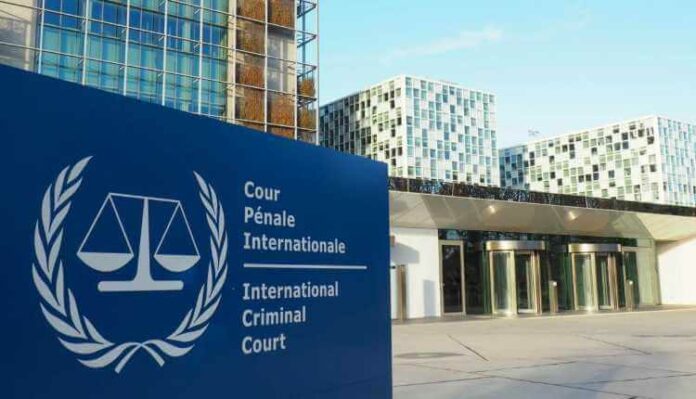 The International Criminal Court (ICC) was established by the Rome Statute on 17th July 1998, which was adopted by 120 states. It is the first autonomous permanent International Court, located in Hague, Netherlands, with the jurisdiction to prosecute individuals, above the age of 18 years, who involve heinous crimes like the crimes of genocide, crimes of aggression, crimes against humanity and war crimes. It has jurisdiction in States which are unable to prosecute a criminal or are not willing/volunteering to do so. However, it is only applicable to the member states or in cases referred to it by the United Nations Security Council or when a non-member state accepts its jurisdiction. Unlike the International Court of Justice, the ICC is not a part of the United Nations but has a relationship with the United Nations. Based on an agreement. Currently, there are 123 member states to the ICC, while 42 are non-party States.

The Court was established to punish and hold accountable the individuals who committed the grave crimes of genocide, crimes of aggression, crimes against humanity and war crimes, which impact affecting humanity and impact the lives of millions of people at the same time. Before the establishment of the court, many individuals remained unpunished or were released easily. They had to bear no consequence to their actions. Some of the grave crimes the world witnessed after the Cold War were committed in the territory of Yugoslavia and Rwanda. These paved the way for the necessity and establishment of ICC.

The main objective of the ICC is to punish individuals so as to prevent them and others from committing these crimes again. It also seeks to establish peace, stability and better equitable development in the society post the wars and conflicts.

To ensure Justice and effective functioning, the ICC has four organs, which are:

The Court in total consists of 18 Judges, who are individuals with high moral character, integrity and qualification to hold such a high position. The judges are elected by the Assembly of States Parties based on their expertise in Criminal Law, International Law, Human Rights Law and Humanitarian Law.

There have been around 27 cases in the Court, most involving more than one suspect. The court has issued 8 convictions and 3 acquittals till now. About 16 people have been detained by the court in the ICC detention Centre which is located in Hague. For such detainees, the Court has to maintain their Spiritual, Mental and Physical well-being by following International standards of custody. The detainees are thus, granted various rights and facilities at the centre. Once they are sentenced to jail, they are sent out of the Netherlands, to a State who agrees to keep the prisoner(s).

One of the most talked-about and appreciated progress of the ICC is the reparation it grants to the victims. The Victims can participate not only as mere witnesses but can also engage in the trial by expressing their concerns and claims at all stages. The reparation as provided to the victims by the judges is of three types, which is, compensation, rehabilitation or restitution. There is also a victim fund established by the court to support the victims. Thus, the ICC is one of a kind and provides for fair and expeditious trial while protecting the rights of the defence, the victim and the witnesses.

Also, read Religion and its impact on law and legislature in India.

The US & the ICC conflict

With the investigation by the International Criminal Court in Afghanistan as to whether the US committed the war crimes there, the US filed a sanction against the members of ICC, calling it corrupt and unjust. Unlike Afghanistan, the US has not been a party State to the ICC and thus, does not accept the jurisdiction of the Court. The US government has also imposed travel restrictions on few of the ICC members in the past, subsequent to the investigation opened by Fatou Bensouda, the prosecutor at ICC.

The preliminary enquiry by the ICC started in 2017, and it was sought that reasonable grounds were found to believe that the US had committed war crimes like torture, cruelty and rape in Afghanistan; this was followed by an investigation, which was questioned by the US on the grounds of lack of jurisdiction of ICC. However, since Afghanistan is a Member State to the ICC, the ICC has full jurisdiction in the said matter. The ICC has also claimed that it has the power to question any individual, even the American Nationals without the consent of the US. However, this seemed to have fuelled the bitterness between the ICC and the US. The US has claimed that the court is unaccountable and futile. Keeping this in view, the US president, Donald Trump, announced that the court is a threat to the sovereignty, security and foreign policy of the US. Thus, he declared an emergency in June 2020, keeping the ICC as the subject.

The United Nations has taken into account the sanction. The sanction has received a lot of criticism and ridicule from various officials. However, the consequent result is yet awaited.