Laugh to Keep Your Blood Pumping: Laughter is a Tranquilizer with no Side Effects 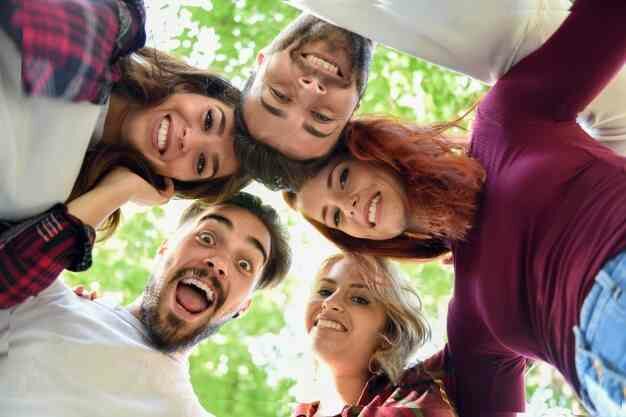 The unprecedented success of comedy serials and programmes that evoke the hearty laugh on the small screen and the runaway success of movies with comedy as a central theme, has put laughter as a supreme emotion on a high pedestal.

Once again it has reinforced the fact that human beings, by and large, want to laugh. And it does prove the old adage true: “Laugh and the world will laugh with you, cry and you will cry alone”.

Laughter is a release of tension mediated through the brain. When we laugh we expel the residual air from our lungs, our heart beats quicker, and apparently slows down to below the starting rate once a laugh is over. In fact the most important signs of human health is the eligibility to laugh. Scientifically, laughter is the biological reaction of humans to an outward expression of amusement.

Laughter is a universal human behaviour found in all cultures and virtually all individuals the world over. During human development, laughter is the first social sound emitted by human infants. Responsive smiling generally develops in infants within the first five weeks, laughter emerges later around the fourth month. Even children who are deaf and blind by birth have been reported to laugh. These evidences suggest that laughter is an evolved instinct.

It is believed, laughter in humans evolved some 5 to 7 million years ago even prior to the evolution of human language. There are evidences in human evolution that shows that laughter started when human ancestors started walking on two legs. Chimpanzees cannot laugh like humans because their body inherently constrains their vocal abilities.

Laughter does not have the same origin and purpose as smiling. The need to laugh arose in early humans and primates as the mechanism to convey the feeling of well being and safety among companions. Charles Darwin in his book The Expression of the Emotions in Man and Animals (1872) speculated that the evolutionary basis of laughter was its function as a social expression of happiness, and that this gave a cohesive survival advantage to the group. This basic instinct is manifested in human behaviour even today.  Statistics show that laughter is 30 times more likely to occur in a social context than alone. Obviously, rarely we laugh alone.

Relation between Humour and Laughter

Scientific studies have proved that humour and laughter is associated with increased positive effect and improved mood. Humour is the most familiar cause for laughter. It is now accepted that incongruity or paradox and unexpectedness are the cause of almost all instances of formal laughter evoking humour.

Sense of humour is a psychological trait that varies considerably and allows person to respond to different types of humorous stimuli. We still do not know the exact mechanism by which brain responds to them. Laughter triggers the release of endorphins, the body’s natural pain killers, and produces general sense of well being. Patients who were exposed to humour perceived less pain when compared to patients who didn’t get a dose of humour as part of their therapy.

Relation Between Gender and Laughter

Laughter is a part of human behaviour regulated by brain and is a part of human survival kit. Interestingly, there are gender differences in the amount of laughter too. Females laugh more often than males. It has been observed that female speakers laugh 127 percent more than their male audiences, in contrast male speakers laugh about 7 percent less than the female audiences. While cross cultural evidences suggest that the male is the leading humour producer, it is the female that exhibit most laughter.

Laughter is truly a best medicine. It has been known to be associated with many health benefits: lowering of blood pressure and blood glucose level has been scientifically proven. Several studies have reported beneficial effects of humour associated laughter on the immune system such as increase of natural killer cells activity.

3. Dopamine levels are also decreased: Dopamine is involved in the “fight or the fight response” and is associated with elevated blood pressure. Laughter helps to decrease the dopamine levels.

5. Offers powerful distraction from pain: Laughter offers a powerful distractions from pain. In a study published in the Journal of Holistic Nursing, patients were told one liners after surgery and before painful medication was administered. Those exposed to humour perceived less pain when compared to patients who didn’t get a dose of humour as part of their therapy.

Pluto remarked: “Even God loves jokes”. This emphasis the myraid of benefits that come along with hearty laugh.  Evolution has certainly provided us with a unique characteristic that is a beautiful signal to advertise our feelings of joy and happiness. Most of all laughing is contagious.

So, go get a hearty laugh, and pass it on!