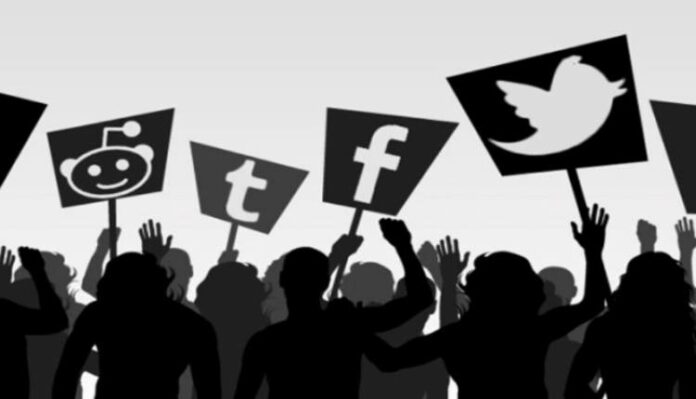 Social media is an interactive platform where individuals and organizations from all over the world come together for the purpose of sharing their ideas, opinions and interests with one another. Various social media platforms are Facebook, Twitter, Instagram, Reddit etc. With the changing perspective of people and their growing desire to learn about what is happening in the world, the importance of social media has increased in recent times.

Social media has seen some of the biggest social movements taking place online. Social Movements are organized by people who have a certain common goal with the motive of bringing about reforms in society. In the previous era, these movements used to take place on streets with people holding banners, chanting slogans etc. But it had geographical constraints with not many people participating. Today, however, the picture has changed; social media is a platform for all irrespective of age, caste, creed, colour and gender. All someone needs are an electronic device to bring about a revolution with one’s ideas. This is Social Media Activism. Let us look at 5 instances that are the greatest examples of social media activism that the world witnessed.

Following are 5 most historical movements influenced by social media: 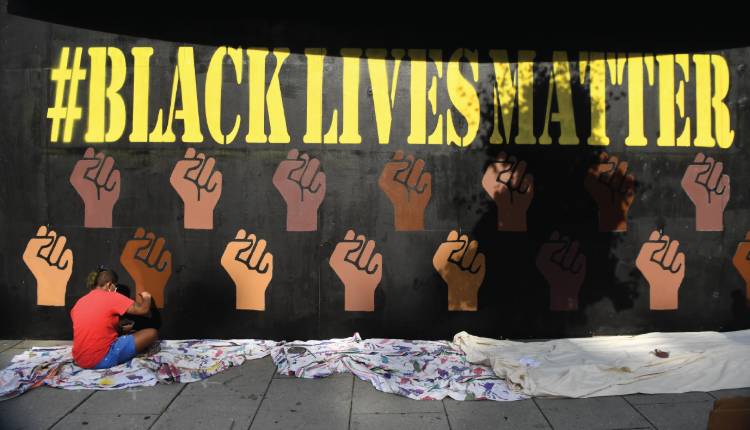 One of the most monumental moments in the history of social media, it is a hashtag to call out instances of police brutality and racial abuse against the black community and its people. The question here is- How did it begin? In Feb 2012, George Zimmerman called the police to report that he found a suspicious 17-year-old boy named Travyon Martin roaming in the neighbourhood. The police warned him from following that boy, but George was armed. Before the police could arrive, he shot Travyon. Even after George accepted that he had killed him, he was not arrested until after 44 days, too, after people took to social media posting with the hashtag #Blacklivesmatter.

Seeing the police brutality coming to an end no sooner, three black women Alicia Garza, Opal Tometi, and Patrisse Cullors decided to start this hashtag in 2013 for the first time on Twitter, later on, other platforms to build an online community for black people. Every time someone black was killed, people held protests and demonstrations, but no one was acquitted, and no justice was served. In 2020, a video of police officer Derek Chauvin kneeling on the neck of a black man George Floyd went viral. He continued to say, “I can’t breathe,” but the officer resisted moving, and he died. Filled with rage, people came out on streets, not in thousands but millions across all 50 states and countries like UK, Canada, Australia chanting “I can’t breathe” and “Justice for George Floyd”. The world had never seen such an empowered movement before. Protestors knelt on the ground in the same way Derek Chauvin did on George’s neck. Canadian PM Justin Trudeau also joined the movement with his cabinet. Some police personnel also expressed their support and walked together with the protestors. Those who were not on the streets kept protesting online by spreading the hashtag. According to Pew Research Center, #Blacklivesmatter had been used more than 45 million times in 13-14 days. This was not just a hashtag anymore, but one of the most historical moments influenced by social media. 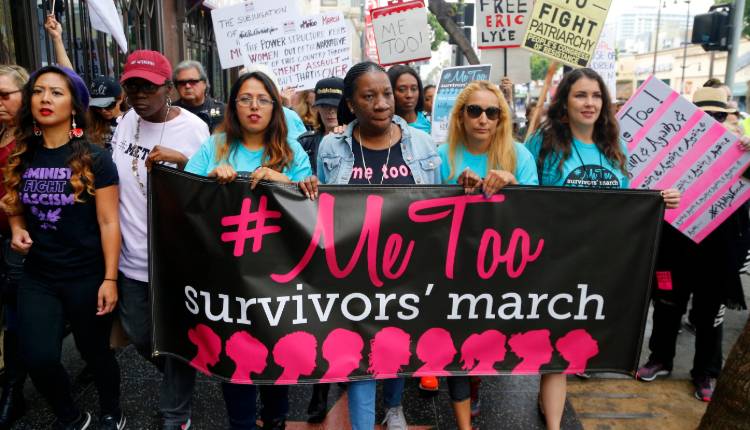 Founded by Tarana Burke in 2006, this movement was primarily started for black and brown girls who have been victims of sexual violence or any kind of sexual harassment. Tarana Burke is an American activist who hails from Bronx, New York, and is the founder of Girls for Gender Equity, Just Be Inc. and the “Me Too movement”. In her interviews, she has transformed the narrative where women are no longer victims but survivors. She has been named as the Time person of the year 2017. Although this hashtag was started in 2006, it failed to reach the masses earlier. It was only in October 2017 when around 80 women accused Harvey Weinstein of sexual assault and abuse inflicted on all of them, following which Alyssa Milano tweeted from her handle- “If all the women who have been sexually harassed or assaulted wrote ‘MeToo’ as a status, we might give people a sense of the magnitude of the problem.” It was that tweet that set the conversation going where thousands of women shared their stories of sexual assault. According to research by Pew Research Centre, the hashtag had been tweeted more than 19 million times and still counting, showing the huge role paid by social media in affecting the event. Not only in the USA, but this campaign echoed in many countries wherein India MJ Akbar was accused of sexual assault and harassment, and his case was signed by around 20 women, one of which was journalist Priya Ramani. He considered those allegations as false and filed a case against her. In Feb 2021, he lost his case. A similar case was registered by Tanushree Dutta against Nana Patekar, and the list goes on.

Sexual violence is one of the most stigmatized topics where women cannot speak up about such episodes. However, this hashtag created an online chain reaction with millions of tweets, retweets, where many women expressed empathy and also shared their stories of survival. Many women admitted that social media is much safer for them than real life and gives them anonymity. However, those women who do not have access to such platforms continue to suffocate under the debris of societal pressure. This hashtag-turned movement is one of the most historical movements as organizations worldwide have adopted stricter guidelines to deal with workplace harassment.

3. Legalization of same-sex marriage by Supreme Court of USA

June 26, 2015- this particular date is going to go down as one of the most historic dates ever. On this day, the Supreme Court of the USA gave its assent to legalize same-sex marriage across all its 50 states in the nation, with 5 out of 9 justices voting in favour of the law. Until now, Massachusetts was the only state in the USA to allow same-sex marriage. It was only a month ago when Ireland had passed the same law.

When the USA passed the law, it was a huge win for the LGBT community who have been fighting for their rights to have similar recognition in society as others. The White House was covered in rainbow colours, sending a strong message to the country’s people. People rejoiced, danced, chanted slogans, and waved the flags high. No sooner the news spread over social media and #LoveWins, and #pride was trending all over Twitter and other platforms. People from all over the world expressed their happiness through their handles, and surprisingly, it was found that the above hashtags had been used more than 50 million times in just 24 hours. Celebrities like Lady Gaga, Beyonce, and companies like uber, google, Facebook also congratulated the nation for this victorious moment.

President Obama tweeted, “Today is a big step in our march towards equality; gay and lesbian couples now have the right to marry, just like anyone else.”  When Michelle Obama appeared on The Ellen Show, she expressed how ecstatic she was when she heard through the bulletproof glass of The White House, people shouting with happiness and was so eager to go out and join the people to enjoy that moment of pride. Jim Obergefell, an HRC member, when asked by the media how he felt about the decision, said, “This is a step forward in our country for equal justice under law.” The president also congratulated him on the call.

There were only thousands on the streets but on social media platforms like Twitter, Instagram, Facebook, the moment was shared by millions from different countries, race irrespective of whether they belonged to the LGBTQ community or not. Twitter was filled with people uploading photos and using hashtags and rainbow emojis. 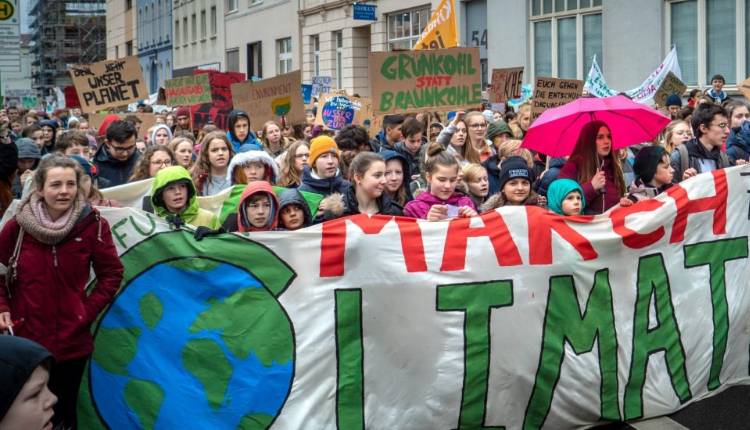 Also known as school strike for climate (Swedish- Skolstrejk för klimatet) is a protest movement led by the Swedish climate activist Greta Thunberg. Students skip going to school on Fridays and engage in protests and strikes on the streets to protect the climate and urge the leaders in authority to initiate action and save the climate.

In 2018, Greta Thunberg decided to skip school and protested outside the building of Sweden’s parliament. It was not easier for her as, during the starting phase, her work was being neglected. However, after her speech at the UN on 23rd September 2019, she repeatedly uttered the phrase- How Dare You? Her speech garnered a humongous response on Twitter. 2019 saw some major strikes, with more than 4 million people participating from 120 countries together. The strikes in March, May, and September were the biggest strikes ever arranged in history. In the same year, Amnesty International decided to award Fridays for Future and Greta Thunberg with the Ambassador of Conscience Award, giving due recognition to her work. Due to worsening covid-19 conditions globally, she urged all the supporters to take the major part of the strike online and started the hashtag #ClimateStrikeOnline. 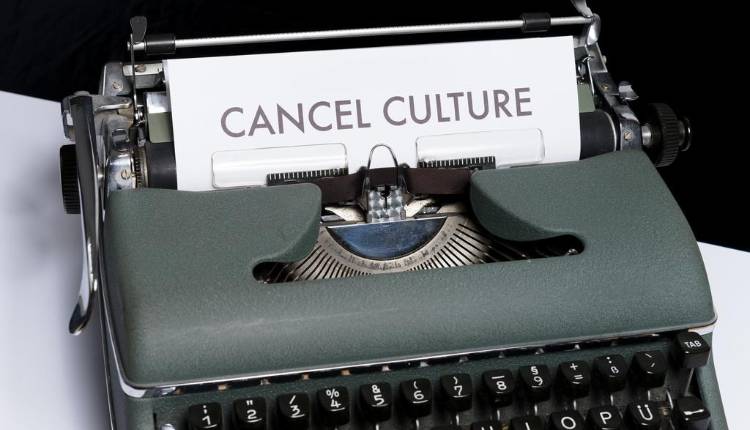 Cancel Culture refers to the idea of cancelling or boycotting from social media or in real life. It can be an individual, an organization, a group, or an ideology. It is a form of putting restrictions on the right to exercise freedom of speech and expression, probably because a particular statement or act of the concerned individual was not acceptable by another individual or group. Cancel Culture originated in the year 2015 primarily from the users of the black community and is an extension of the me-too movement.

Although this movement started in the US, it had spread its roots in India as well. Twitter, from the Indian perspective, is always seen as fragmented into the left-wing and right-wing with people supporting either side, and it is more or less like an online battleground. Everyone has their ideology, and if someone does not agree with that, then he/she gets caught in this web of getting cancelled/boycotted. One such example is the brand Tanishq which got caught in the controversy due to an advertisement. That ad shows a baby shower ceremony of the Hindu daughter-in-law organized by her Muslim in-laws, thus promoting the thought of oneness between religions. However, some netizens on Twitter found it difficult to gulp it down their throat, and #BoycottTanishq was trending on Twitter with over a million tweets. As a result, the ad had to be forcibly taken down by the brand, and an apology was issued. The harsh truth is that not only the brand but its employees were also targeted. The same is the case with Rashmi Samant, who was forced to step down from her position as first Indian president of the oxford university student union, which she won by a whopping majority. She was targeted based on some tweets posted by her around five years back. Facing continuous pressure and anxiety, she left social media and flew back to India.

This event was mostly influenced by social media and had more negative implications than positive. Nowadays, cancel culture has become a tool of online shaming and taking away their right to redeem themselves. It comes at the cost of their career, image, and existence in society. In certain cases, where someone has actually committed a crime or done something detrimental to society cancelling him/her is justified. But when the story is not clear, false allegations do huge damage to one’s reputation. It is high time that #CancelCulture needs to be countered by #CancelingCancelCulture.