Ram Temple: Are We Really Going To Celebrate Diwali At Ayodhya 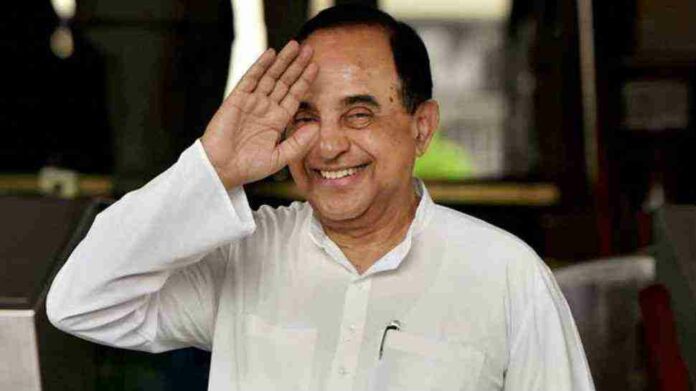 Uttar Pradesh: As since before Ayodhya Dispute has been an eye of political, historical, and socio-cultural issues. “Ram Janmabhoomi”, has been a disputed site since before. At once the dispute arose which stated that Hindu claim for the exact site of Rama’s birthplace, where currently Babri Masjid is situated. As per the data, it came to knowing Mughals shrined the marked spot by Hindus over the birthplace, and then they constructed a mosque over there.

As the opposition had arisen since the 18th century, it is time for a twist in it. After the widespread violence between Hindu and Muslim, Where is the scenario going to take place? After the unending disputes, people would not have expected the winning.

Subramanian Swamy, the economist, politician, the senior BJP Leader, claimed, Ram Temple at Ayodhya construction has begun and it would be ready till next Diwali. Later Swamy stated, in the lecture on Ramrajya- We will celebrate the forthcoming Diwali at Ram Temple, Ayodhya. Thus, after the oppositions, disputes for the land, this has been the greatest news to people. Subramanian Swamy says the construction has begun and the temple would be fully ready to greet devotees next Diwali. This has come out to be the best of all. As the construction has already started he said, it might be fully done in October as all construction material is pre-fabricated. The only assembling of materials is to be done.

Also read, the top 10 facts about the Ayodhya Verdict and where is India heading.

Ram Janmabhoomi was in highlights due to the riots for the land, in 1853, Hindu aesthetics, belonging to Nirmohi Akhara occupied the Babri Masjid site which is the land of Rama’s birth and had claimed it. Later administration in 1855 parted mosque premises into two parts, one of the Hindus and the other part of the Muslims.

As such the Hindus got the land, the effort for construction of Ram Temple was made in 1883, by Hindus. But it did not make a good result. The effort led in failure, the administration denied the permission for the construction of the Temple. Later the matter moved to the court.

But it did not reach a good way again. But Hindus did not back step. The Hindus later than placed Rama and Sita’s idols onto the mosque, and stated that it resembled there. Thousands of Hindus started visiting the place, Later this action gave a huge reaction, which was surely expected. The government since then locked the gates and marked the area disputed. Hindu Nationalist groups, in the 1980s, launched a campaign for the construction of Rama’s Temple at the site. Access to this was made by the Rajiv Gandhi Government on 6th of December, 1992; it again overtook huge communal riot which resulted in taking the lives of over two thousand people. The matter never shattered the court, the laws, and the Hindus. The matter stretched over years and years till 2010, where the court declared to divide Ayodhya land into three parts- where 1/3 Ram Lala, Lord Rama, represented by Hindu Mahasabha for construction of Ram Temple. 1/3 for Islamic Sunni Waqf Board and the 1/3 for Hindu religious denomination Nirmohi Akhara.

Bhartiya Janta Party in 2009 released, election manifesto revising the promise for the construction of the Ram’s Temple. Later- December 5 hearing of the Ramjanmabhoomi, Babri Masjid cased, said “The Allahabad High Court” went through the subject/matter, so there is nothing left with the Sunni Waqf Board for denying. So dealing with about it, it came out to be the winning part of Hindus in 2017.

Subramanian Swamy claimed that we are going to celebrate the next Diwali at Ayodhya. Swami started mentioning that there is no need to make any new law for the construction of the Temple. He confronted an argument stating Prayers at the place is mine and Hindu community’s right, Muslims have nothing to do with this, they do not have the right to stop us, they are just seeking for the property/land they want nothing else, says Swamy. BJP Leader repeated saying No new laws to be made in building up the Temple. Subramanian Swamy claimed the Narasimha Rao Government has said that if the temple is establishing then the existing temple has to be demolished. The sentence was said by in an affidavit in the Supreme Court. Here seems the law is doing justice to people and society. As after the Narasimha Rao Government statement in court, the land was given for the construction of the temple. Hence the construction was started, and till now the temple has been established just pre-fabrication is to be done. Swamy also stated we could have brought a law, but there’s no need as such we are winning the case, and I believe in it with trust and faith mentions Subramanian Swamy.

He without explaining said difficulties in the way for proposing for the construction has all been removed. He said so in the seminar, organized by the Bihar unit of Virat Hindustan Sangam (VHS), which he has moved. Whereas the MP of Rajya Sabha also expressed in the seminar that the sight of Hindu’s ideology should remain remarkable, without loss of sight. Swamy said VHS has made all of the efforts for the temple construction dedicated to Lord Rama and consort Sita at Sita Marhi in North Bihar, which is believed to be Sita’s birthplace. They also mentioned it was impossible to even have a thought without Maryada Purushottam Sri Rama without his companion Jagat Janani Janaki. After fulfilling the temple’s construction proposal, later we came across the news VHS has also planned to construct University there. The university would be serving Indian Renaissance, where the ancient learning would be served along with contemporary and vocational training.

Here’s something which was asked by the court before permitting the proposal. The Supreme court asked the parties to provide copies, files, copies of video cassettes, which were the parts of the high court. Before the Allahabad Court, in Babri Masjid, the Supreme Court asked parties to the Ramjanmabhoomi dispute to file in two weeks. Although the English translation of documents was exhibited by them.

Lastly, Subramanian Swamy says, Ram Temple-Babri Masjid argument is nothing, but a land dispute. He says we are going to celebrate the forthcoming Diwali there.