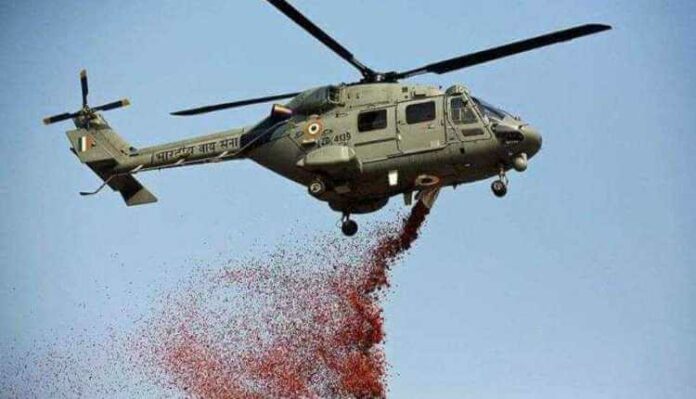 Since the outbreak of Corona in India, health workers, doctors and Covid-19 researchers have become a hero and role model for people. Since January 2020, doctors, hospitals and various health organisations have put in their whole and sole in saving the lives of thousands of people across the country.

In addition to health workers, police officers, sanitary workers, bank employees, government, local shopkeepers, private organisations and groups feeding poor people have also put their lives on risk and are helping common people and nation to survive such epidemic condition. After all the exceptional live-saving works being done, armed forces and IAF have planned to honour the corona warriors by giving a flypast aerial salute at various places throughout the nation.

Also, read What are the disasters and effect that coronavirus can have in India?

The whole world has been facing corona infection and is going deep towards economic recession and job losses. All industries are shut, and no one knows when the situation will come under control. Everywhere in the world, health workers, security personnel, and many more workers are giving their best to curb the COVID 19 infection graph. When it comes to India, the government took early steps to encounter corona. Research teams were founded, and lockdown with social distancing was employed across the country. Government during the lockdown spotted all hotspots and managed it very well with the support of people, health workers, policemen and many other termed as corona warriors. Now, when the COVID 19 active cases growth rate is decreasing and cured positive cases are increasing, it is undeniable to say thank and salute the corona warriors and the same has been ensured by Air force.

It is not the first time that a thanksgiving concept has been employed for corona warriors. It was requested by Indian prime minister Narendra Modi to the nation recently to thank the corona warriors by claps, lights, candles, free flashes, Diyas, and sounds of metallic utensils. But this time, moving a step ahead, the Air force has done a flypast salute to the corona warriors through the country.

Don’t forget to see the Dos and Don’ts to Safeguard Yourself from Coronavirus Infection. 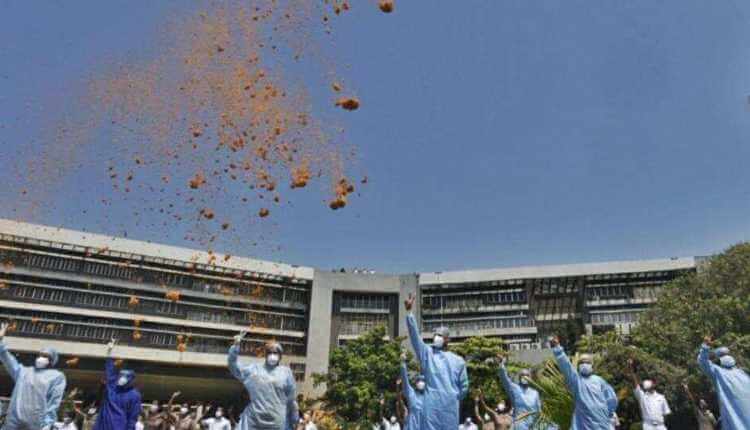 On 3rd May 2020, latest news flashed and IAF started its thanksgiving and gratitude in various parts of the country by flypast salute at Rajpath, New Delhi. IAF choppers showered flower petals in Hyderabad, Srinagar, Chennai, Patna, Kolkata, Lucknow, Mumbai and various other cities. Helicopters also showered flowers on COVID 19 treating hospital across the country like AIIMS, Safdarjung, and other government and private hospitals. The air force has used C-130J Hercules aircraft that flew over Raisena Hills had started the journey from Srinagar in J&K to Trivandrum in Kerala to show the gratitude for corona warriors. SU-30 also flypast in Mumbai’s Marine Drive and joined the event.

The significance of Air force and the way planned to salute and thank the corona warriors is what is needed with such dedicated work they are doing and saving humankind. There has always been a need of appreciation when it came to dedication and live-saving works done by doctors, nurses, healthcare support workers, sanitation workers, police officers, delivery persons, and other social workers when the situation was normal everywhere. This urge and need are now being fulfilled when such workers are needed the most and are proved as lifesavers and took the risk on their lives.

Common people, as well as organisations, never appreciated these workers in such a manner that can be seen now. The IAF flypast salute will strengthen the confidence of such workers and encourage them to work and help people in any situation. Matter of fact is that India has been facing discrimination based on cast and work nature from decades. People have built up a sense of respect for some works and treat those works and workers as heroes and best in society.

On the contrary, there are some works; being essential are still considered as small and disrespected. The workers doing such tasks are also harassed and paid very less. Some examples of such work profiles are sweepers, sanitary workers, delivery persons, etc. However, when it comes to the urgency and need of such works, one can neither ignore these and nor can live hygienically in the current world. Despite the importance, people have conventional thinking of hating such workers instead of giving thanks and appreciation.

Flypast salute by Air force will surely encourage such workers considered hate for so long. This is how the time and nature works and unveils the world the importance of such workers without whom one can’t imagine life and comfort in all situations. The significance of such salute and appreciation for lifesaver doctors and nurses was also very much needed. Often, we hear news of killings, harassment and abduction of doctors and health workers. In such a condition when positive cured cases are increasing rapidly with symptomatic treatment and without any cure against COVID 19, doctors and nurses are to be appreciated for sure as they are handling the situation very well.

The salutation will surely encourage people and youth, especially to become and follow them. Many corona warriors have been infected and died with COVID 19 during their duty against corona spread. Still, we can see no change in the working capacity of health workers when it comes to commitment. The salutation by IAF flypast encourages all and shows that the nation and people are with all corona warriors and will stand with them, and their efforts are visible and appreciated.

Along with IAF, Indian Army and Navy also participated in appreciating the corona warriors. These warriors need appreciation and precisely what is delivered to them. The day will be remembered for sure, and the whole world is observing the event and appreciating Air force and corona warriors. Such thanksgiving operations have been done by America and some other countries recently also following the trend in India.