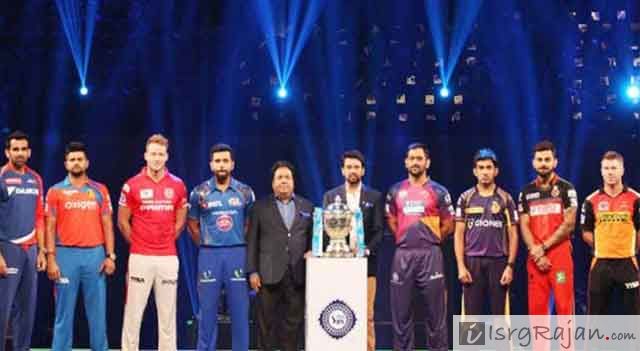 Every year, IPL ( Indian Premier League ) is played in India. Every year many players are bought and sold. Many local players get an opportunity to prove their worth. Many international players too get a chance to play in the world’s most popular cricket league.

The all-rounders and fast bowlers, especially left-arm pacers, were much in demand in the Indian Premier League auction on Monday as England’s Ben Stokes and Tymal Mills, and Afghanistan’s Rashid Khan hogged the headlines

There were two players whose life completely got changed in the IPL auctions. Those players were the English Vice Captain, Ben Stokes, and the other was Tymal mills.

Ben Stokes, was sold to the team who finished 7th in the last season i. e. Rising Pune Supergiants for a huge and unexpected amount of Rs. 14.5 crores.

Whereas, Tymal mills was sold to Royal Challengers Bangalore for 12 times his base price, i.e. for 12 crores.

The English Vice Captain, Ben Stokes, was really worried before the auction and here’s what he had to say after getting to know his signing amount.

“It’s been a pretty incredible week and, considering you normally have your most exciting times when you’re playing, it’s been an amazing and interesting few days,” Stokes said.

“I set my alarm for 3.30am, got up and waited about 40 minutes for my turn in the auction. I was anxious, not really knowing what would happen.

“I was following it on Twitter, I didn’t actually see it live. I kept on refreshing my notifications, I saw people were tweeting and then I realised that Pune had got me.”

“I wasn’t sure how much a Crore was, people were retweeting stuff, it was complete carnage,” he said. “I still haven’t seen the footage.

“I hadn’t thought about how much I would go for. I guess having more than one team wanting me was probably the best position to be in.

“I just wanted to get picked up and play. I haven’t been able to play in the past so that was the main thing, anything else was just a bonus. I’m looking forward to getting out there and getting involved.

“Seven times my base amount – that’s mental and it hasn’t sunk in yet, but pretty cool to think about I guess. Hopefully I’ll live up to it, win a few games and deliver on what they’ve paid for me.”

“It’s a life changing amount of money, I can’t really say more than that. I’m really thankful and grateful for how it went this morning. I’m struggling to put it into words.

“It has all been a bit hectic and I haven’t had much time to think about it. I’m just seriously excited about getting going.”

Tymal mills was also in a shock after learning about his signing amount. He said..

“When my name came up I was nervous, giddy and jumpy,” Mills said. “I was on Facetime with my best mate and he just kept shouting.

“The bidding was quite slow but once it hit 10 Crore I knew it was big money, but it kept going.

“When it finished I did not know how much it was worth. When I worked it out I could not believe it, it did not seem real. It’s an amount of money that can change your life. It will for me.

“I went for breakfast with Luke Wright after watching the auction and he said the back injury might have been the best thing that ever happened to me. It was sad at the time, being 22 and having to think about retiring from the game, but being able to focus on T20 has accelerated my development.

“This is my first winter on the T20 circuit. I’ve played in the Big Bash, have the IPL coming up and am looking forward to playing with the Sussex lads in the Blast this summer too.