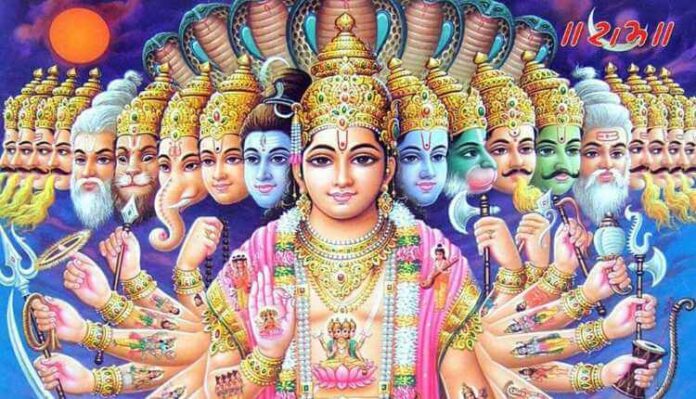 Why do most of us believe in God? Some people believe in idols, while some believe that there is only one supernatural being who created the universes.

Vishnu is the preserver and the protector. The crown embellished on his head epitomizes his supreme authority, sometimes embraces a peacock feather from his Krishna Avatar. The Bhagavata Purana declares that each time evil takes the lead and masters over good when shadows spread over brightness and victory commands justice then  Lord Vishnu will reincarnate on the land and reinstate Dharma and lead us to the fair and upright direction. 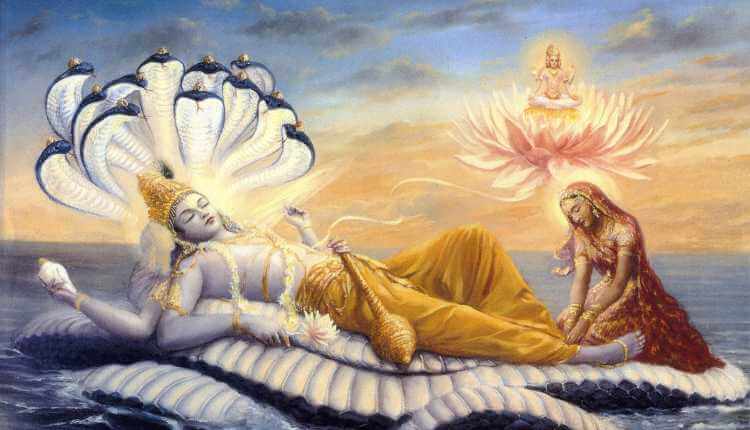 Adi Purusha is the first incarnation of Vishnu as a pre-eminent man with the aspiration to initiate creation. Vishnu is delineated resting on the curls of a serpent, Kalswarup Seshnag. He is the authority for the creation of the universe. The superpower, Lord Brahma, manifests from Lord Vishnu’s navel when Lord Vishnu is in a state of deep meditation (Yoga Nidra). Brahma resides on a lotus sprout and the formation of the universe, as well as the augmentation of Creation, is commenced from the Organs of Lord Brahma. This first incarnation is the supreme power, which is visible to only the yogis and the sages who have procured the ultimate celestial knowledge. Adi-Purusha is the ever immortal seed which evinces all the other incarnations of Lord Vishnu. At the point of the eventual annihilation of the world, every creation will amalgamate into him as one of the unity. 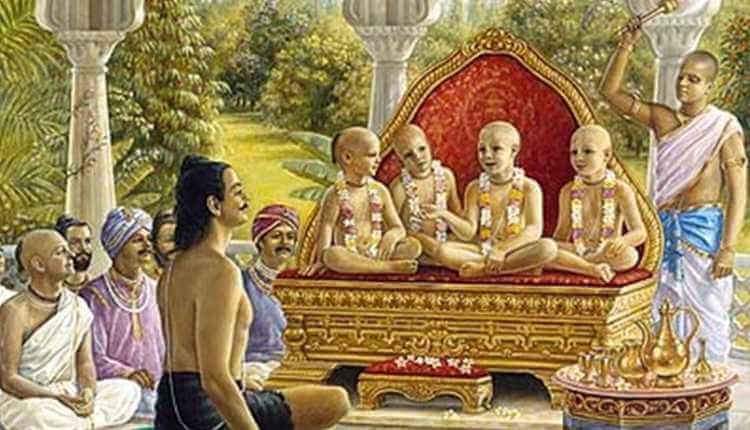 The Four Kumaras called Sanaka, Sanandana, Sanatana, and Sanat Kumar are the four yogis, who were the first four sentient beings that Lord Brahma had generated. They emerge as children, and they were created for the intention of assistance to Brahma in the creation of existence. When the Kumaras came into quiddity, they were the incarnation and incorporation of virtuous traits with no sign of antagonist personalities such as indolence or anger. Brahma engendered many sons for the purpose of increasing civilization. Nevertheless, the four Kumaras refused Brahma to indulge themselves in earthly relationships. Thus, the four Kumaras forever remained unmarried sages sermonizing the praises Godhead. At this point, Brahma became extremely furious. His emotion produced Rudra and Siva from his forehead. 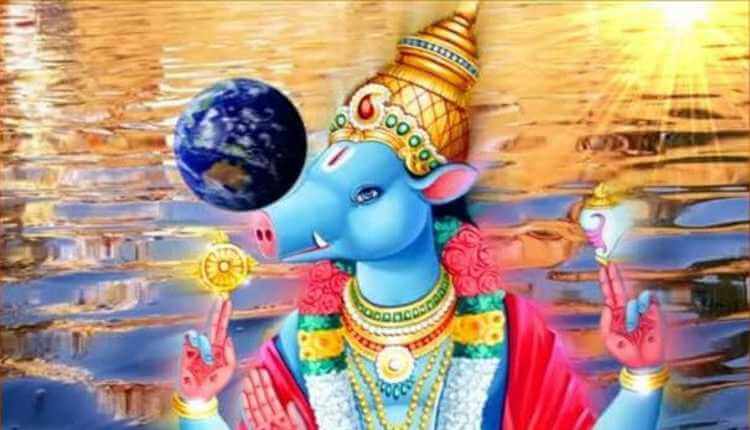 Varaha Avatar is in the form of half-boar and half-man. This avatar of Lord Vishnu mentioned in the legends where he has been associated with the hoisting the earth out of the cosmic ocean. According to the Hindu Dharma, when the demon Hiranyaksha purloined earth and concealed her in the celestial water, Lord Vishnu as the protector incarnated as Varaha to recover Bhudevi by slaying Hiranyaksha. He retrieved earth from sinking with his tusk and resuscitated her to her place. 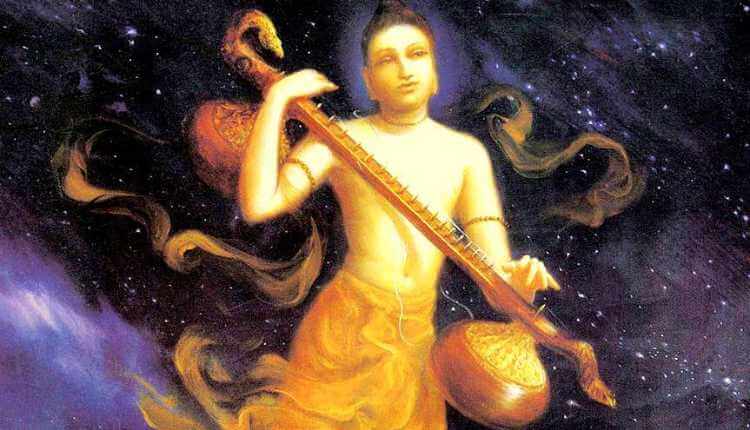 Narada is an extraordinary Hindu sage who is famous with both Gods and human beings. Popularly acknowledged as Narada Muni, he is significantly mentioned in several Hindu holy texts like the Ramayana and Bhagavata Purana. Narada is also assumed to be the descendant of Lord Brahma and a passionate disciple of Lord Vishnu, always chanting the names ‘Narayana’ and ‘Hari’ which are the prominent other names of Lord Vishnu. With a Khartal and tambura in his hands, he has the unique capability to voyage between realms in periods. He is a storyteller and a musician, messenger of the Gods and the journalist of heaven. He is appraised as the wisest of all sages, also known to create conflicts between people as mentioned in several tales. 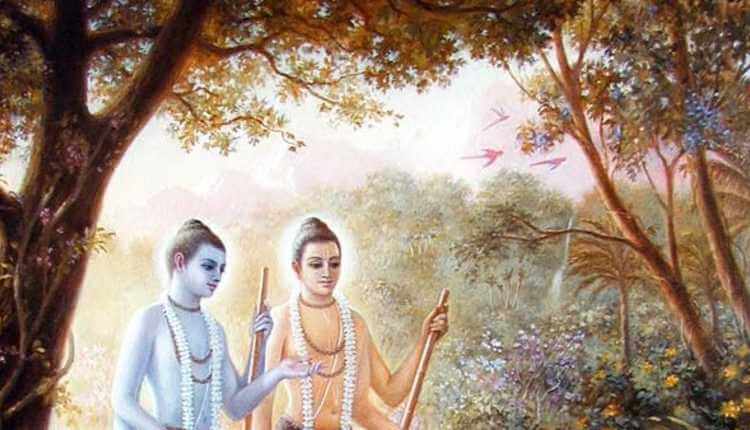 The next Avatar of Lord Vishnu on the earth where the twin-brothers sages Nara-Narayana. Nara is the human soul who is an abiding counterpart of Narayana, who is the Divine. The purpose of their incarnation was to preserve truthfulness generosity justice and all other virtues of Dharma on earth. Hindus believe that the twin resides at Badrinath, The place where most of the temples of Nara-Narayana stands. 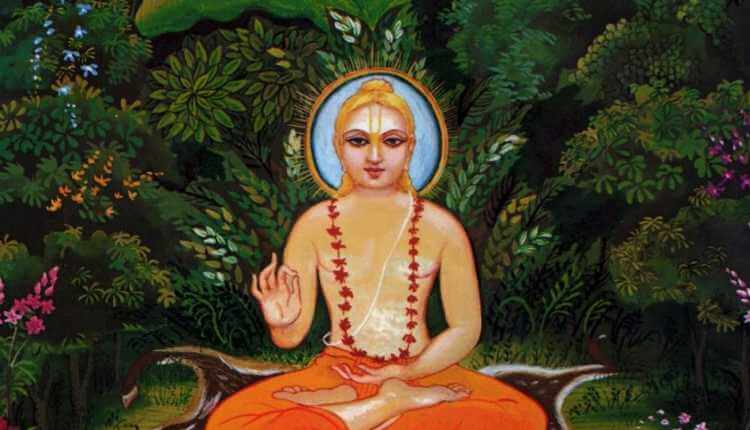 Kapila, a Vedic sage, is often recognised as the founding father of Samkhya System of the Indian Philosophy, that can also be known as the founder of the Samkhya School of Philosophy. Interestingly, he is not the primary author of the text responsible for providing the school with the real philosophical explanation. The philosophy provides the formula attaining the proficiency of perception, inference and testimony of the sources. 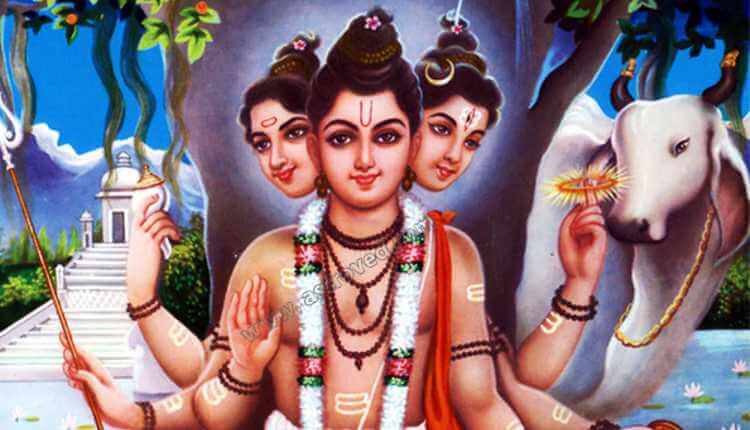 Another incarnation of Lord Vishnu as a sage, named Dattatreya is Lord of Yoga. He is also known as Trimurti since he is represented as the paradigmatic monk with three heads. Each head depicts Brahma, Vishnu and Shiva with six hands, and each pair holds the illustrative items which are primarily attributed to each of the three Gods. They are water pot and rosary of Brahma, discuss and conch of Vishnu, drum and trident of Shiva. Thus Dattatreya is the collective presentation of the three Hindu deities. 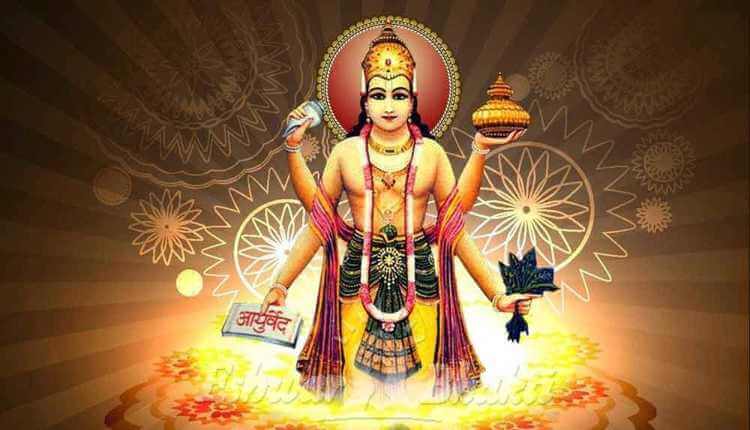 Yajna is referred to as an avatar of Lord Vishnu in the Bhagavata Purana. Yajna means a ritual of sacrifice where the fire is lighted, and wishes are made to the Gods or deities. Vishnu is an embodiment of this ritual and in some texts has also mentioned Indra the king of Gods has also been implied as Yajna. It is one of the most important avatars of Vishnu of the main fourteen avatars. 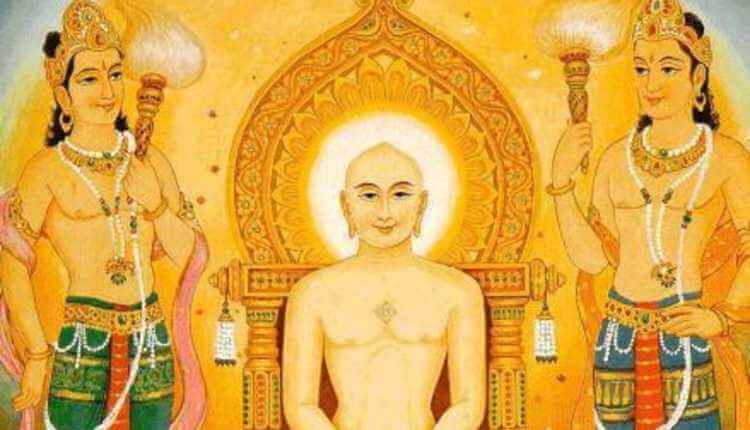 Rishabha is another significant avatar of Vishnu. He is a preacher and a virtuous religious leader. The more important mark of Rishabha is that he is the founder of Jainism. He has been widely recognized as the one who evaded the pragmatic cycle of birth and death. He used to lead people to the way of deliverance. In the Vedic scripts prominently the Rigveda, Atharvaveda and the Upanishads, Rishabha is presented as a bull and is a sobriquet of Rudra or Shiva. 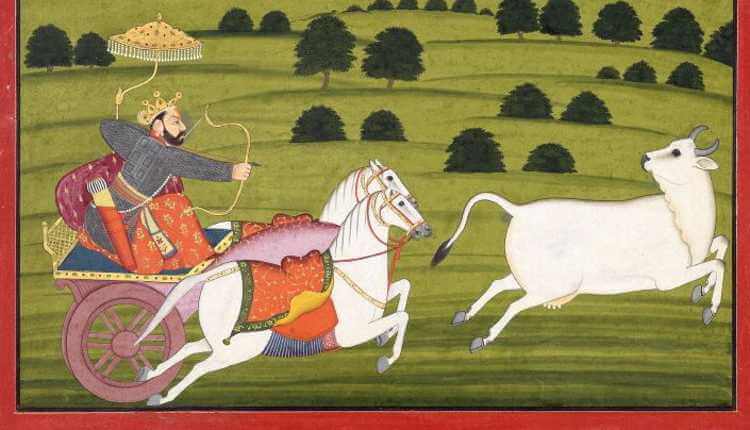 According to the legends, Prithu, another incarnation of Vishnu, is the son of Vena. From the name Prithu, Earth got her Sanskrit name Prithvi. This avatar of Vishnu is celebrated as the first sacred king. He is primarily indicated with the parable of his casing of the goddess, who fled in the form of a cow. However, she ultimately accepted to deliver her milk as the world’s seed and greenery. So king Prithu is considered to be incarnated with the purpose of taking vigilance of all the vegetation and cultivation of the crops on the surface of the Earth. 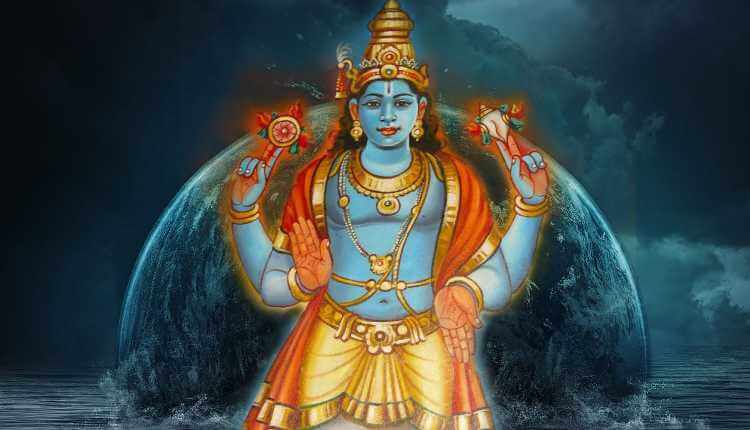 Another fascinating avatar of Vishnu Matsya is in a half-fish and half-human form. It is said to have originated from the Yajurveda. In the Matsya Purana, Matsya is associated with the rescue of Vaivasvata Manu, the leader of the humans, by informing him about a deluge. Matsya saved the four Vedas which was pilfered by the demon called Hayagriva and also the seeds of all plants. 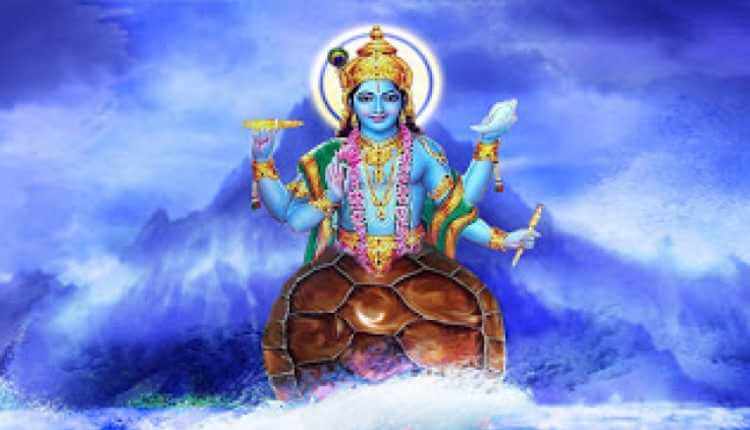 Kurma is another avatar of Vishnu in the form of half-tortoise and half-man. This avatar of Vishnu is also mentioned in the Puranas with the tale of the churning of the Ocean. It was at this point, Kurma supporting the Earth balances Mount. Mandara on his shell to serve the gods and the demons in the activity. He is assumed to bear the pressure of the Cosmos on his shell back. 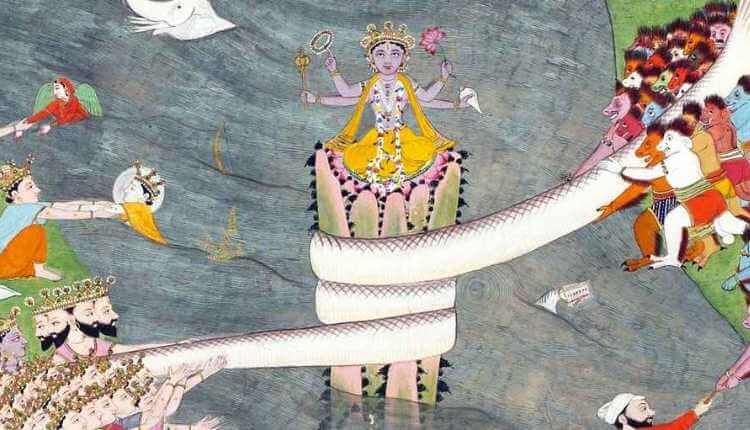 As Lord Vishnu is said to be the preserver and the protector, he said also incarnated as the physician of the Gods. According to Hindu myths, Gods and the Demons desired and attempted to seek the decoction amrita which is the potion of immortality. As they churned the ocean in search of Dhanvantari emerges with the pot filled with the amrita. He is also celebrated as the deity of Ayurveda and also praised for attaining wealth. 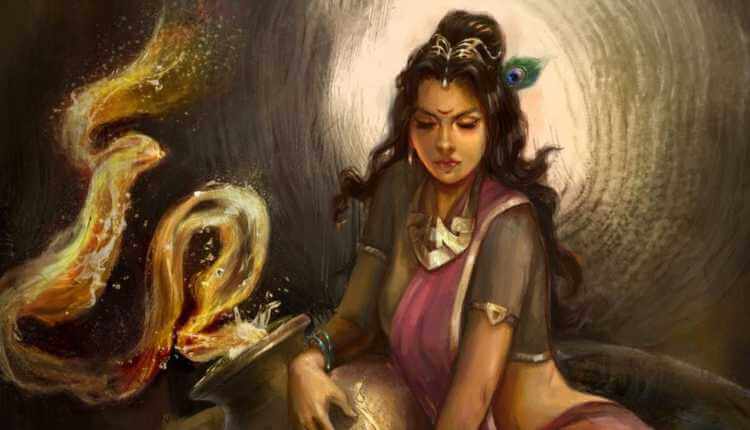 Vishnu also incarnated himself as a female avatar, Mohini, who was assigned to trick the Demons and grabs, the pot of the elixir amrita, which the Demons had set a ploy and forcefully seized from the Gods. She then delivered it to the Gods, which helped them to preserve their immortality. She is portrayed as a temptress, who deranged lovers, directing them to their ruin. Among all other legends of Mohini, the most famous of them is the destruction of the demon who turned into ashes, Bhasmasura, and the birth of the God Shasta. 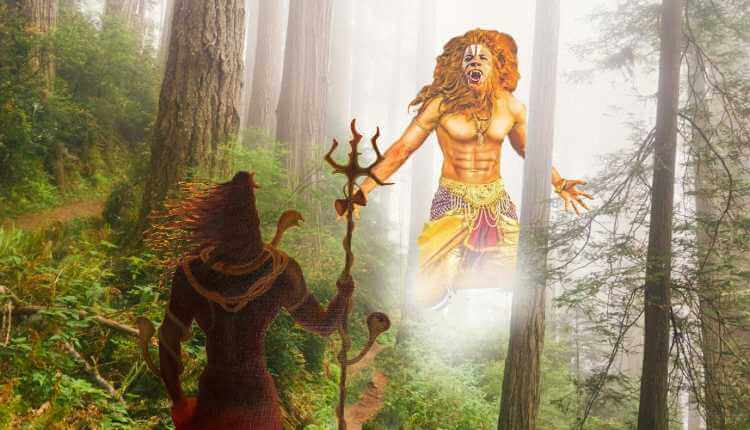 The most fierce avatar of Vishnu is Narasimha a half-lion and a half-human. The purpose of the incarnation of this avatar was to restore Dharma on earth by demolishing evil, putting an end to victimization in the name of religion and limit the calamity on earth. Narasimha portrayed killing a demon king named Hiranyakashipu, in his lap. 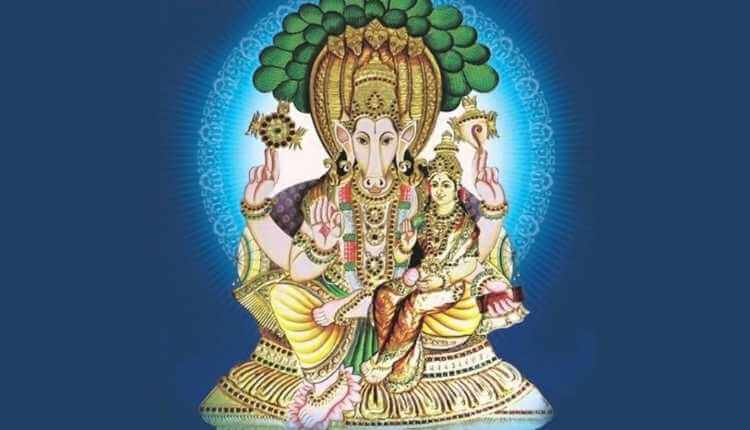 Hayagriva is the God of sagacity and knowledge. He is responsible for restoring sparkle and erudition; and triumph over darkness, by recouping the Vedas which was purloined by the demons named Madhu and Kaitaba. Mesmerizingly, this avatar of Lord Vishnu is horse-headed, which is white in colour, with a fair man’s body. He is mostly represented with white garments and is seating on a white lotus. 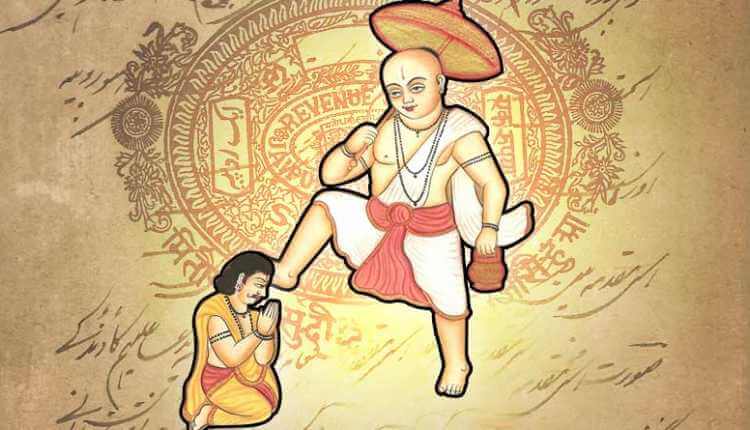 Vamana Avatar of Vishnu is a dwarf brahmin god. According to the myths, the purpose of Vamana avatar was to take back the Triloka from Mahabali-the Asura king and give it back to Indra. Vishnu impersonated as a dwarf to help retrieve heaven by and stipulated the three world gauged by his three steps. In agreement, he transformed into a giant and covered Triloka with his two steps and regained heaven. 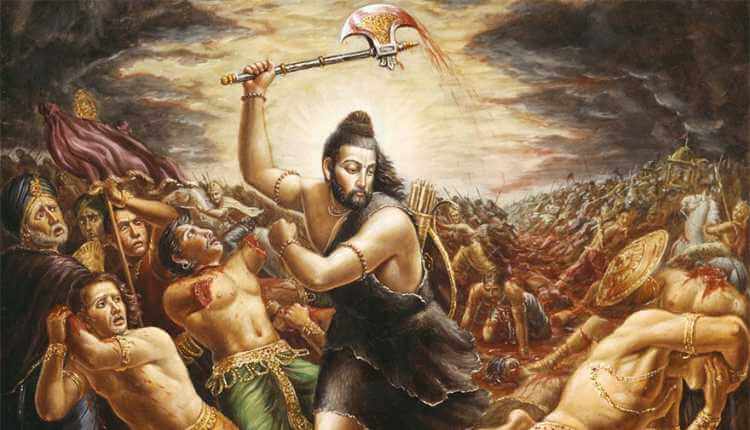 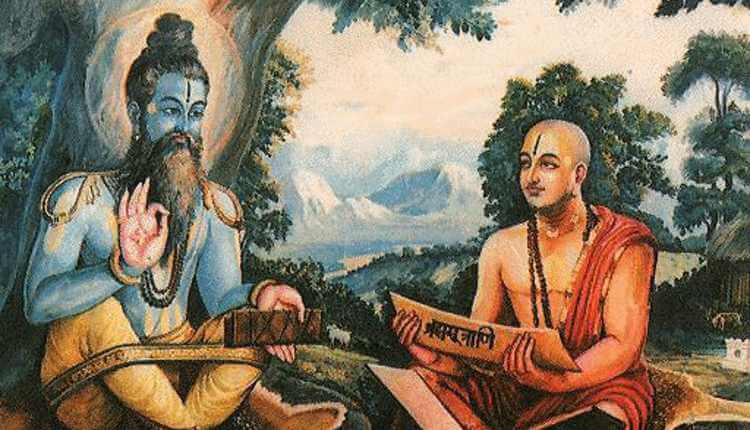 he well-known author of the Indian epic Mahabharata, Veda Vyasa, is also known to be an avatar of Lord Vishnu. He is also the writer and the compiler of many Vedas and Puranas. He is one of the Chiranjivis or known immortal sage. Vyasa furthermore presented himself in the epic Mahabharata as a very important character, the father of Pandu and Dhritarashtra. 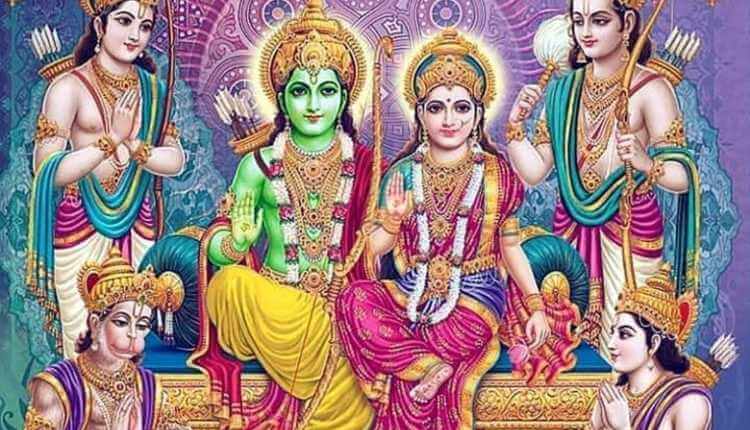 We are all aware of this Avatar of Lord Vishnu. The most powerful avatar who constructed a bridge over the ocean to reach Lanka to kill the demon Ravana and save his wife, Sita. 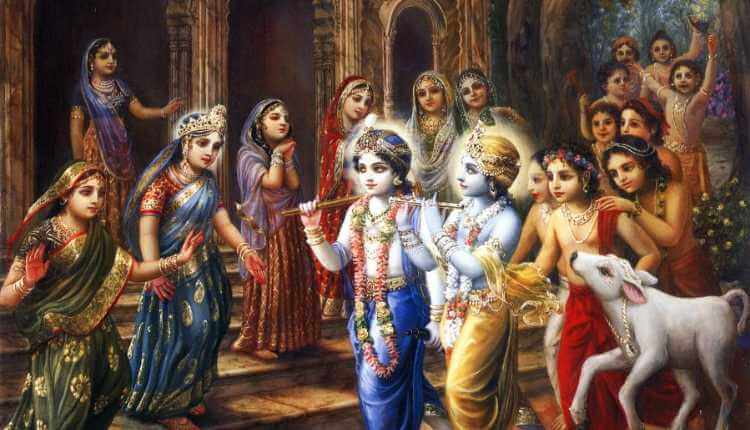 Balarama is the also the brother of another avatar Lord Krishna. Balarama was born to kill the demon Pralambasura and many other demons. He is known for his power. 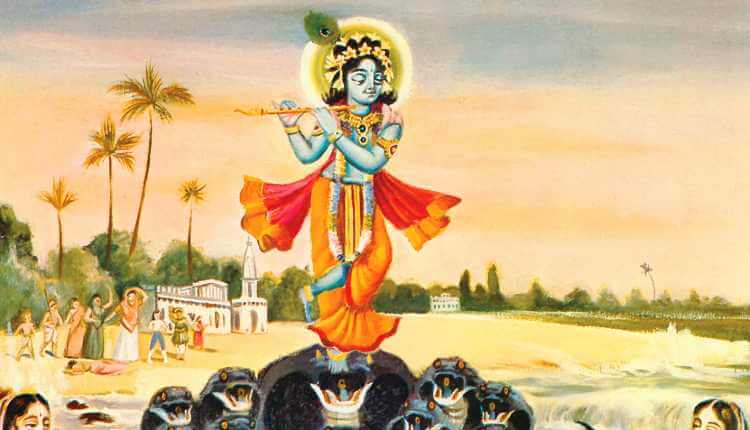 Lord Krishna is most praise and the major form of Vishnu Avatar known for his annihilating the reign of the tyranny of his uncle Kansa. He also had his role in Mahabharata as the adviser of the Pandavas and the charioteer and the guide of Arjun. He spreads his knowledge in the Bhagavad Gita to Arjun during the battle of Kurukshetra. 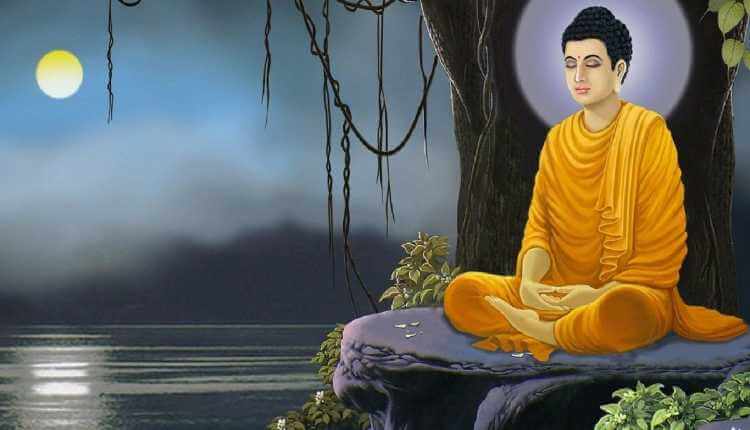 Born as a prince Siddhartha Gautam, the founder of Buddhism, Gautam Buddha, is another avatar of Vishnu. At the end of Kaliyuga, when the demons were defeated by the deities, Shukracharya guided them to perform Yagya to retrieve their powers. Vishnu reincarnated as Buddha to discourage the demons from performing Yagya. 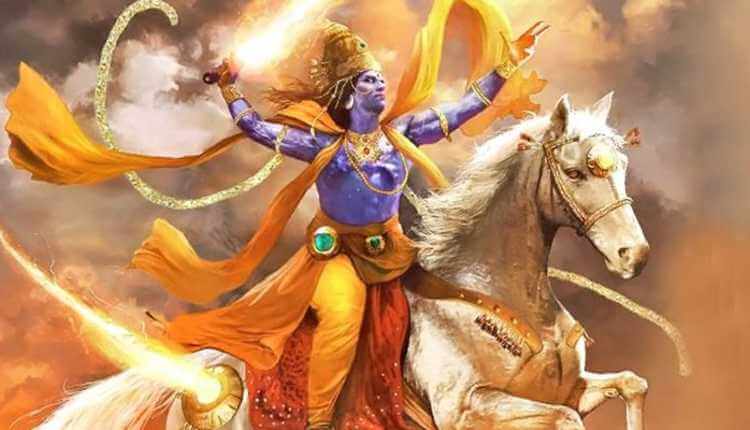 The last avatar of Vishnu which will appear at the end of Kaliyuga, Kalki, to end Kali the overpowering evil. By annihilating all sins and sinner, he will restore Dharma on earth.