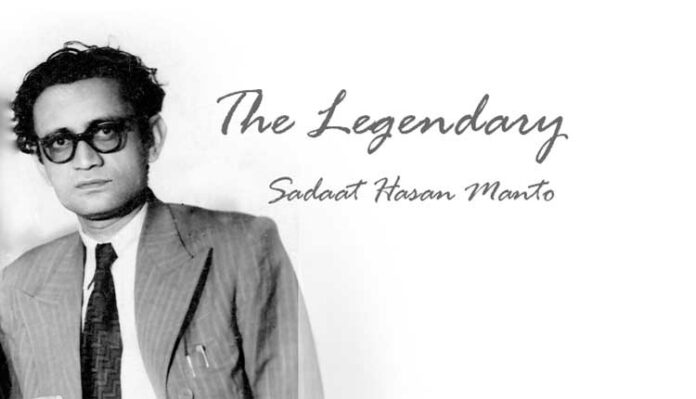 Though am not a voracious reader, but I love spending my time in the galleries of books and the shelves of libraries. Recently my fingers happened to settle on one of the author’s book which I was very unaware of. Owing to my adventurous spirit, I set on exploring the book named “BOMBAY STORIES” by Saadat Hasan Manto.

In this age of Chetan Bhagat, Durjoy Dutta, Ravinder Singh we have forgotten to cherish some of the past and best writers who portrayed the real society and in some way shaped our society as well. So, those who have no idea about Saadat Hasan Manto am going to give a brief overview of him, to them. Manto was an Indo-Pakistani writer, author and playwright, born on 11th May,1912, in Samrala (in the then United India). His exhilarating short stories have made him famous all over the world not only then, but also in the years after his death.

He is one of the greatest short story writers in the South Asian History. In the age of competitions and contemporaries, these authors remain unveiled and to revive them from their shadows, I attempt to bring forth to you one of his great work ”Bombay Stories” which I happened to read by chance. 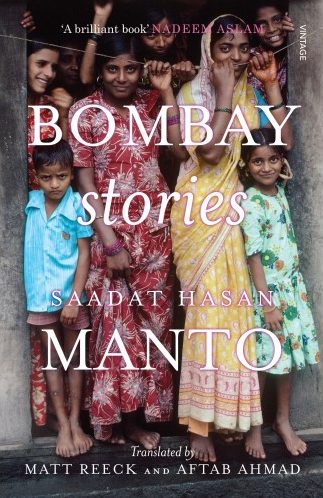 “BOMBAY STORIES” is a 279 page book, comprising of 14 short stories, namely Khushiya, Ten Rupees, Barren, The Insult, Smell, Babu Gopi Nath, Janaki, Peerun, Rude, Hamid’s Baby, Mummy, Siraj, Mozelle and Mammad Bhai. The book was first published by Random House India in 2012 and is translated by Matt Reeck & Aftab Ahmed, which was originally written in Urdu. The book has been so brilliantly translated that one could never understand that it is a translated version unless they research about it. And to any book warm I hope language won’t matter till they are able to communicate their thoughts to that of the world they enter while plunging into the depths of the book.

The stories in this book will take one to the streets of the Bombay’s slums and portrays the life in those huts and small encroachments. Manto was among the first few writers who visited Bombay and laid a vivid description of the ‘real Bombay’ in the flare of his pen. It is from his stories the world came to know about the characters of Bombay that we know now, excepting its glamorous life. He hard edged moving stories will leave one flabbergasted at the end.

The comparison he draws in each situation is something worth appreciating and which is rarely seen in today’s literary pattern. Till anyone rinse the marrow out of his stories, the book will beseech him to the Bombay life. And the interesting fact is, what he wrote 50 years back is still the persisting surroundings of today’s Mumbai. The stories in this book genuinely depict the lives of prostitutes, pimps, aspiring film actors, thugs & crooks, but the explanation and comparisons in each step would lead to goose bumps.

The respect and appreciation the book & the author commands is undeniable, leaving an indelible imprint in the reader’s mind.

Some of the must read books of Manto are:

Debadrita Mukhopadhyay
An enthusiastic girl brewing with panache to try her hands on different things and trying out new and creative ideas to mould things into life. A blooming artist as well and passionate about painting and writing. She's a first year undergraduate English (Hons) Student of Loreto College, Kolkata. She tries to blend her ideas and thoughts with the circumstances and bring out something unique in each work she does.