The Most Coward Army in the World 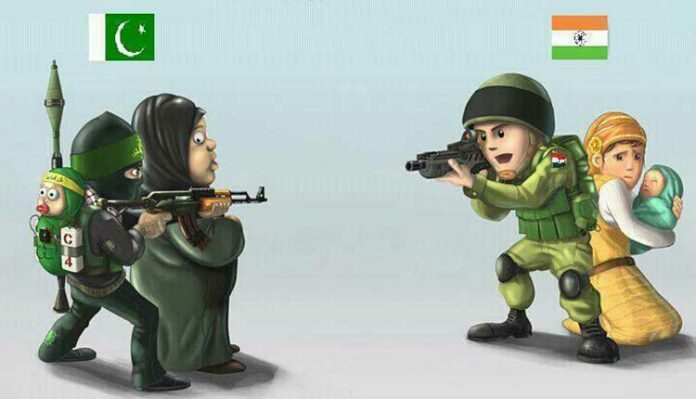 There are million of articles available on the Internet about the “Most powerful armies and military in the World”, but when it comes to “the Most coward army and the military in the world” there is hardly any articles with facts and evidences except those phony replicated YouTube videos uploaded by anonymous and anti-nationalist users on which you cannot rely on.

After a lot of Internet search work we decided and came to the conclusion about writing an article on “Most coward army in the world” with reliable and third party resources excluding the resources published by either of the country.

When we hear the word, “army” what comes first in your mind after strength and war? Obviously, the terrorism and the terrorist. If we compare the both disasters done by the natural calamities and the terrorism it will be the terrorism at the first position when it comes to human carnage. No one can deny the fact that the terrorism is the biggest enemy of the human race. In the past few decades, billions of dollars has been spent by the superpowers in the world in controlling and ending the terrorism, but hardly there is any change since there are few countries which are in support of terrorism.

Now coming to the point, which one is “The Most Coward Army in the World”?

The world has not yet forgotten the “Osama Bin Laden” and the country which has given the shelter to him, his family and his followers. You can recall the name of the country and you must have got some hint in your mind about the “Most coward army in the world”. Think about a nation, which gives shelter to terrorists, which sows terrorism, which produces terrorism and spreads terror. What you will call the army of such a country, “Powerful” or the “Coward”? Of course, most of you will call that nation with the most coward army in the World.

When it comes to terrorism or whenever there is a terrorist incident anywhere in the world, there will be definitely a country’s link in it and that country is Pakistan. Terrorism at such a large scale couldn’t spread without the  cooperation of the army of a nation. Terrorism requires arms support where the “Coward” armies supply them weapons and other logistic supports. Where the countries like Pakistan is the most favored nation which supports terrorism and gives shelter to them.

As per the article published on the English Wikipedia under the title named “Pakistan and state-sponsored terrorism” has been cited with strong reported evidences that not only proves that Pakistan supports terrorist, but also sufficient to declare Pakistan as a terrorism supportive nation and can boycott it from the rest of the World. In 2011, United States Secretary of State Hillary Clinton, said “You Can’t Keep Snakes in Your Backyard” and the message was crystal clear that Pakistan should stop sponsoring terrorism as this could have an adverse effect on Pakistan itself.

When it comes to International relationship between two or more nations, Pakistan hardly has a good relationship with any of the countries in the World except those which support Pakistan for their own profile and benefits. Despite, thousands of attempts from India to establish and have good relationship between Pakistan and India, Pakistan has always stabbed in the back. The cross border ceasefire between Pakistan and India has become the day to day incidents. Pakistan violates ceasefire in an attempt to support terrorist to enter into Indian territories. Where Pakistan’s support was found in various terror attacks in India, which include 2008’s 26/11 Mumbai attack, 2001 Indian Parliament attack, 2016 Uri attack, 2016 Pathankot attack and 2015 Gurdaspur attack etc.

Pakistan’s counter argument to these attacks in India is that “India always makes false allegations and claims over the terror attacks and unnecessarily drags the Pakistan’s name in every terror attack.” And the incidents in which Pakistan caught red-handed it try escaping from being the victim of terrorism. If so, Pakistan is the pro-claimed “victim of terrorism” then why it doesn’t admit to the world and in front of the United Nations?

Most of you must be thinking, that there must be a problem with Pakistani government not with Pakistani army. Well, you should not forget that the Pakistan is that nation where army rules comes first instead of constitutional laws and the Pakistan is the only nation where they have a separate army – court which look after those matters which relates army, security and terrorism or the cases in which army want the judgement in their favor.

Now, coming to the most cowered acts by any army in the world. The most recent incident is of May 2017 in which Pakistan mutilated bodies of two Indian soldier which is against human fundamental rights and the agreement signed between the both nations. When Pakistani army or the terrorist killed in India they are buried as per their rituals or asked Pakistan to take back the dead-bodies of the soldiers, though in past Pakistan denied to take back the dead-bodies of their own soldiers which compelled us to call Pakistani Army as the most coward army in the World.