The Sun Shines In The Middle Of The Night 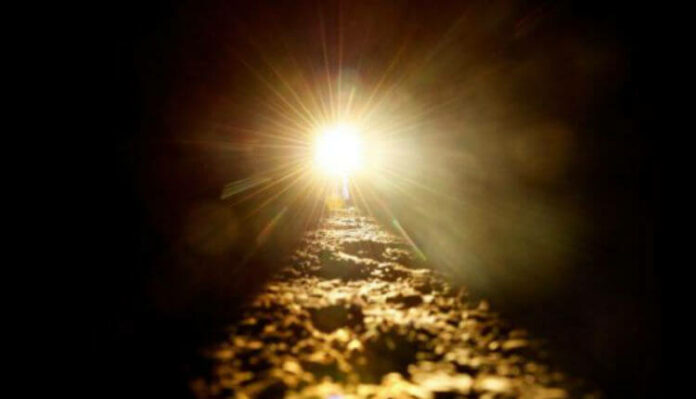 The day begins when the sun shines in the morning, but when we see the sky as dark, does that mean that the sun has stopped giving out its rays?

This world has seen the battle between the good and evil for billions of years, so what now, are people good or are they evil? With so much of a crisis, wars, poverty and everything, is there still hope for the good in the world or after all the people that believe in goodness, that believe the world is a happy place, has evil in it?

There are two little angels sitting on every person’s shoulder, one on the right asking them to stick to the good ways be happy about the little things in their lives give them and the other that makes them find joy in the wrong deeds and guess what? They somehow manage to find the joy in listening to the angel on the left, they find evil more tempting.

But does that mean that the angel on the right shoulder doesn’t guide anymore?

The battle always starts within, the chaos in choices. The people who say that the sunshine only during the day, they aren’t wrong, we call it a day because we can see the sun shining then, but that doesn’t change the fact that the sun keeps shining even when we can’t see it anymore.

Although we find more of evil everywhere, newspapers, TVs, magazines etc, we only find conflicts and wars, to make this world a better place to live in, war in the name of making a peaceful country, political conflicts in the name of better judgments, etc. Among all these people are there who wake up early to clean the beach to make it a better place for others; there are people who love to do little things for others to make their day a better part of their history.

We all have this good and bad inside of us, we sometimes listen to the good sometimes to the bad, but that doesn’t define us in any of the two categories, we won’t be able to live in this planet if it weren’t for the good people; we are surviving because 1 of a 100 decide to make a difference in someone’s life, 1 of 100 decide to show the courage and take the initiative to stand out of the crowd and make this world a better place.

The good and the bad is in all of us, we often enjoy listening, following the bad things, but the fact is, while following the bad, we forget the real definition of fun. We get carried away by the fun of stealing, or bullying others and we forget the happiness that comes along with working hard and earning for the first time or be the person who helps everyone in the class and being loved for the same.

What is the definition of fun for you?

The sun shines in the middle of night, there will always be the two angels watching over and there always be a chaos of choices with you.

So decide, which angel to follow, you’ll never know, what a single positive person in a group of 100 people can do, she can make you believe in goodness again, she can make you follow the good; be that person, be the lotus in the mud, be the sun that shines in the dark; it is possible that not many people will know you, it is possible that you won’t always be appreciated but also remember that someone will remember you throughout their life.

Someone will look back at their memory lane and say, “That was the person who helped me be who I am today,”, show the world that it can be so much better than what it already is, it won’t take long to tell someone their dress is pretty or they look beautiful, but that other person will remember being appreciated for a very long time.

It’s hard to make choices, but there won’t be a conflict if you decide which angel to follow. Be that one person in million that believes in the goodness of the world, you will stand out and shine, just like the sun shines, even in the middle of the night.