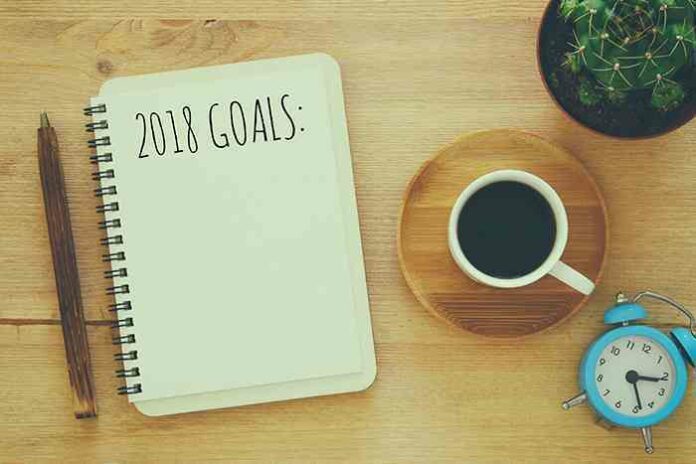 Well, a new year adds up a new bliss in our life exploring some new experiences. A person tries to make some difficult promises every year called “RESOLUTION” and start following it from the beginning. It is not a point to think whether these resolutions are actually meant for life or not but, the fact is how long we follow them?

Every person expects to have an ignited new year with the fire of lots of zeal and energy. He wants to move far away from his pains and sorrows this year with a healthy start.  Each of us waits for this New Year which might bring much more contentment this year. But why we are just concerned about New Year, can’t our every normal day turn out to be new? But, as per the critics and customs, New Year is always meant to be something special.

If so then why at the end of the year some humans start cursing their luck for not going the year fit and fruitful?

Each year the human makes some promises which he thinks he can continue to follow until the end of the year, but then why he is not able to do so? We always try to make such promises to us which suffered us in preceding years leaving some nasty scars. We always expect to mine out the problems and issues out of our life and try to make it smooth and well-versed. We never try to accept the fact that these troubles away from the reality that issues are the significant part of us which allows us to make such FALSE promises every year. The human is becoming weaker day by day he never wants to accept the flaws of life and just want to build the garden of flowers. He needs to understand the balance bridge between the promises and resolutions.

We all make these resolutions with full zeal and enthusiasm unaware of our continuity and loyalty towards it. Bewildered between thought we finally commence our new year with a glee, the first day of it makes you feel proud of all reminding you of all the promises you made to follow this year. By the end of the first day you notice a bit change in yourself, a new human flourishes out from you leaving a trace of the beautiful over your face. The hope of human never ends and he always tries to grab new things in life unaware of their complexity levels. Heading towards the mission created by his own wits he continues to follow it for a few days.

Reality is still under the black box, who knows humans are still lazy to keep their promises for a long time?

Hush! A new day!! Well, it’s just the second day of the year, eyes full of smear and smudge, body entangled between the laziness of your soul and quilts. However, thanks to sunlight which propels you to open your eyes and pulls you out of your comfort zone. This is the day when your mind reminds you of your “FALSE” pledge you made on the very first day with an expectation that you will tag it today also. Somewhere we are lacking, but where we need to find by ourselves!!

The time is the best example to prove this statement “CHANGE IS THE ONLY THING IN LIFE” it keeps on changing and changing trailing along its way, in search of numerous happiness hiding it under his Dinky lap. A human tries to pursue the same concept for living the beauty cheerfulness it succeeds well till when he does not try to restrict himself to his idea of following his pledges. The human always forgets one thing that time does change, but steadily it never hikes up rapidly and humans just want to head rapidly towards their goals and ambitions avoiding some serious facts of life.

This change will be constant and so you try to make your promise constant, but as said realities are not yet disclosed!! Laziness is the prevalent factor that restricts you from following your created ideas of living. We always try to pledge for those things which had put us into situations of sorrow or pains, we do not try to discover happiness out of happiness. The end is not just the laziness, but “laziness with a tinge of more expectations” we expect more, but we do not stick to our promises to work hard.

We need to agree to the fact that, troubles will be moving with us together as our shadow checking our patience, but we need to stay calm and proceed with joy. Stop, making resolutions every year rather make new ways of existing happy life, you just try to mess up with the pre-planned map of the life.

Life is full of new experiences each year, each day you just need to restrict you laziness rest all will be changed with this optimism. Avoid the pressure of promises and head towards your goal freely which would be definitely more productive than to dream about a FAKE RESOLUTION every year again and again