What is the real reason or story behind celebrating Janmashtami? 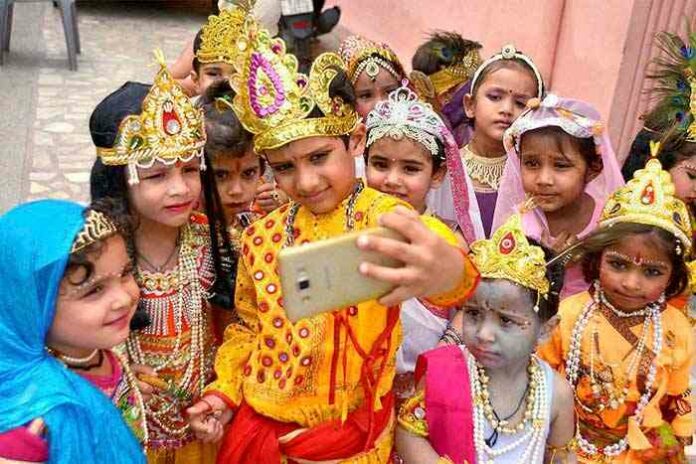 The Janmashtami festival is recognized by many other unique names such as Sree Krishna Jayanthi, Gokulashtami, Krishnashtami, Shree Jayanti or simply Krishna Janmashtami. It is a festival to celebrate rich persona of Lord Krishna. Lord Krishna who took birth to kill evil people and spread the message of love and brotherhood. It came mostly in the month of August or September. This festival is celebrated for the whole day with some great things. Some unique and vibrant programs like ‘Dahi Handi’, gifts distribution, Rasa Lila, Jagran, fasting, jhakis and Janmashtami songs are played.

Why the Janmashtami is celebrated in the whole country?

Janmashtami is to celebrate the birthday of Lord Krishna. Princess Devaki and King Vasudev eighth son were Lord Krishna. The Lord Krishna’s birth place was Mathura. The brother of Devaki, King Kansa ruled Mathura. Kansas who was a cruel ruler imprison his father King Ugresen. He didn’t keep the peace in Mathura. People of Mathura were afraid of him because he tortured them badly. People of Mathura want freedom from evil King Kansa. It was predicted that the Devaki’s eighth son will kill Kansa. By hearing this, Kansa got afraid, then he locked his sister Devaki and her husband Vasudev in a prison. After that Kansa killed Devaki and Vasudev children again and again. When Devaki was about to give birth to her eighth child, then Lord Vishnu appeared to them and asked them to take their son Krishna to Nanda and Yashoda in Gokul. When the eighth child of Devaki and Vasudev took birth, Vasudev took his child to Gokul by crossing the river Yamuna. He quietly placed his child besides Yashoda and return back to Yashoda’s daughter. Kansa thought that this child is the eighth son of Devaki and Vasudev and threw her on a marble, but then she transformed into Yogmaya and told the truth to him that he will be surely killed by Krishna’s years. After many years when Krishna grew up, then he went Mathura and killed cruel king Kansa. All the people of Mathura were happy at the killing of cruel Kansa and celebrated that the cruel Kansa was killed by the Krishna’s hands. They praised Lord Krishna by getting freedom from the evil cruelness of Kansa.

How Krishna Janmashtami is celebrated at different places in India?

The deity of Lord Krishna is decorated with flowers, garlands, ornaments and beautiful clothes. Idols of Lord Krishna are placed in temples and homes. Devotees of Lord Krishna keep fast on this auspicious day. Prasad is celebrated after the birthday celebration of Krishna. In Eastern India, Purana Pravachana from Bhagavata Mahapurana is organized. On the very next day the ‘Nanda Utsav’ is organized and people participate in this and they offer sweets to each other. In Northern India, the celebrations of Janmashtami at its peak. Places like Mathura, Gokul and Vrindavan are must to watch on this day. People from other places of India came to these places to become a part of these awesome celebration of Janmashtami. Awesome arrangements are made on this day. Temples are decorated with flowers and colorful lightings with great creativity and enthusiasm. A large number of people came from all parts of the country to participate in this auspicious and special festival to become a part of this special day of Lord Krishna. Songs, drama, dance, Pooja, Aarti and rituals are organized this day. In Jammu, people take part in a kite flying competition on this special day. In Maharashtra, Gokulashtami is celebrated as ‘Dahi Handi’. It is a popular event that people organize. In this event, people make a pyramid by themselves in a human form and they try to break the butter, milk pot which is hanged on a certain height. The person who is on the top in pyramid break the pot. The people who participate in this event are called Govinda troops. The team who succeeded in breaking the pot get either gifts or cash prizes. In South India, people celebrate Janmashtami with great joy and enthusiasm. They do many things on this day like decorating their house, singing devotional songs for Lord Krishna and recite the Bhagavad Gita. Small Idols of Krishna are placed and decorated. They offer some sweets, desserts and fruits to the Lord. Their sweets include Seedai and Verkadalai Urundai. Many people keep fast on this day for the entire day. Children are dressed and makeover like Lord Krishna. Devotional songs are an important part of this auspicious day. A large number of people gather in the temple. People participate in dance, drama and songs. There is Krishna Pooja is performed on this day during the Nishita Kala which is in the midnight as per Vedic timekeeping. It is a very auspicious occasion for all the people. It is a day to celebrate and remembering the Lord Krishna who came to this earth and gave a lot of happiness to all the people.