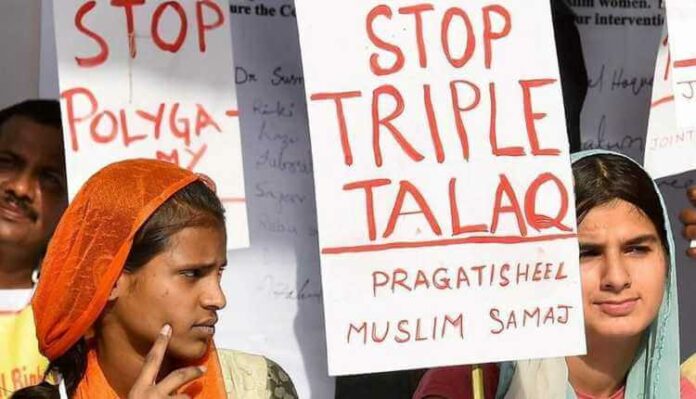 On 31 July 2019, our President signed the Protection of Marriage Rights Act 2019 from the same day, so Talaq-e-Biddat came to an end as soon as this Act came into force, and it came to an end as soon as it came into publication on the same day in the Gazette in India. The talaq-e-Biddat was becoming a medium to oppress Muslim women and exploit them against their will. This Act will come into force from 19-09-2018.

What is divorce according to the Muslim and Islamic laws?

In Muslim law, divorce is adopted for divorce. When husband and wife want to end the marriage, divorce is done through Talaq.

Also, read Myths and facts about CAA, CAB and NRC that lead to misconceptions.

Types of divorce in Muslims and Islam:

In Muslim law, only the husband has the power to divorce, any husband was free from marriage by saying Talaq, Talaq Talaq to his wife thrice at any time, but after the coming of the Triple Divorce Act, now this divorce will be called null and void and The person divorced will also be punished. Don’t forget to read The secret tips to save your marriage from failing.

There are many types of divorce in a Muslim marriage:

What is Talaq ul Sunnat?

Talaq ul Sunnat has been described as the correct method of divorce in a hadith. It also has two types:

Ahsan is an Arabic language word. Which means, best, the condition for divorce may be fulfilled:

In the meantime, if the husband and wife have a physical relation, then this divorce is broken.

What is talaq ul biddat in Islam and Muslims?

Sharia violation: Talak ul Biddat was the Talaq who violated the Shari’a because the Prophet had told his followers to recognize only talaq ul sunnah.

What Ila talaq in Islam and Muslims?

In this Talaq, if any such husband is healthy and adult, if he takes the oath of God and says that I will not make any physical relationship with my wife for four months, then it is called Talaq Ila.

Ela’s revocation: If the husband has a physical relationship with the wife within those four months, then it will be denied.

4. What is Zihar in Islam and Muslims?

Revocation of divorce Zihar in Islam and Muslims:

Furthermore, types of Talaq and divorce in Islam and Muslims:

Meaning khula or redemption literally means “to lay down” in law it means laying down by a husband of the rights and authority over his wife. In Mst. Bilquis Ikram v Namak Ikram, it was said that under the Muslim law the wife is entitled to khula as of Right if she satisfies the conscience of the court that it will otherwise mean forcing her into a hateful union.

What is the importance of Khula Talaq in Islam:

Meaning Mubarak is also a form of dissolution of marriage contact; it signifies a mutual discharge from the marriage claims. In Mubarak, the aversion is mutual, and both sides desire separation.

Where a husband charges his wife of adultery and the charges is false the wife is entitled to sue for the obtain divorce she must file a regular suit for dissolution of her marriage as a mere application to the court is not proper procedure.

The capacity of Talaq:

The husband may give Talaq by mere words without any Talaq mama or deeds of divorce, and no particular form of words is necessary. Thus the terms “I have divorced thee” or I divorced my wife forever and rendered her haram for me. Cleary indicated an intention to dissolve the marriage, and no proof is necessary.

A talaq may be in writing, and no particular form is necessary.under the Sunni law where the husband properly executes a deed mentioning the lady whom he has divorced and the name of the writer. It constitutes a valid divorce.

The supreme court in the matter of Shayar Bano v.union of India and others and connected matters on 22nd August 2017, in a majority judgement of 3:2, set aside, the practice of Talawq-e-biddat at the same time.

The petitioner in the above-said case challenged, among other things,talaq-e-biddat on the ground that the said practise is discriminatory and against the dignity of women.

The judgement vindicated the government takes the position that talaq-e-biddat is against constitutional morality, the dignity of women and principles of gender equality.

Despite the supreme court settings aside talaq-e-biddat from different parts of the country.

The legislation would help in ensuring the larger constitutional goals of gender justice and gender equality of married Muslim women and help subserve their fundamental rights of non-discrimination and empowerment.

According to justice Kurian Joseph that whereas parliament is not in session and the President is satisfied that circumstances exist which render it necessary for him to take immediate action to give the effect of the provisions of the said bill with certain modifications.

So in the exercise of the powers conferred by clause (1) of Article 123 of the Constitution, the President is pleased to promulgate the following ordinance.

The supreme court quotes above said case that triple divorce( talaq-e-biddat) is not legal in also Islamic law. There are four main sources in Islamic law:

In the above sources, the Quran is the main source Of law. Verse 35 in sura IV of the Quran speaks on arbitration for reconciliation. Sura II contains verses pertaining to divorce. So, Talaq -e-biddat is against the Sunni law. Justice Kuran said that Article 25(1) defines religious liberty, but it is subordinated to Article 25(2) so by this Article state have the power to make law for the public beneficiary.

Chapter II of the Act defines the Talaq to be void:

Section 4- Punishment for pronouncing Talaq: Any Muslim husband who pronounces Talaq referred to in sec 3 upon his wife shall be punished with imprisonment for a term which may extend to three years and shall be liable to fine.