Why do we Need to Embrace Humanity Which has a Dark Side? 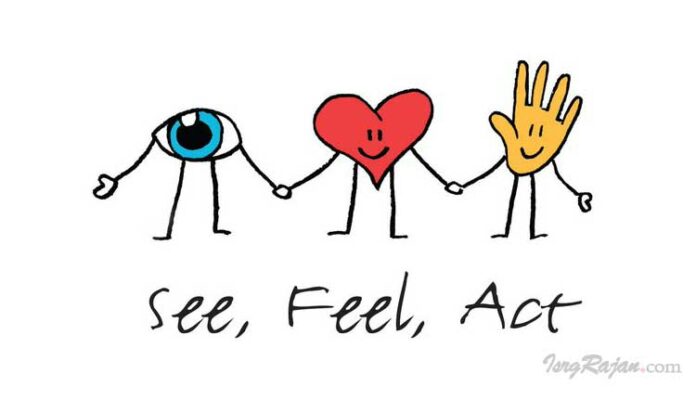 Nature is the most creative force to ever exist. It has created the most bizarre as well as beautiful things. The best example of this is none other than humanity itself. Humanity is comprised of all things pertaining to human nature-the varied emotions experienced- love, anger, compassion, jealousy, happiness, sadness, etc. Every human is different and same simultaneously.

Different people react differently to some situations while similarly in another. But, at the end of the day, it’s the humanity in us that unites us all. The human predicament is like a coin-it has two sides. On one hand, it’s all bright. We have examples of people from all walks of life who selflessly laid down their lives to serve others. You have people like Mahatma Gandhi who fought for India’s independence. He could have led a happy life in South Africa, away from the atrocities of the British Raj.

People like Mother Teresa, who lived to serve those who were weak. There’s another perspective to it, the passion that exists in people’s hearts that make them do unimaginable things.

It was Galileo Galilei’s passion for astronomy that made him prove that the solar system is not geocentric but solar- centric. His passion kept him going despite all odds. The world in which we live today is the gift of all the great-minded individuals. As there is a shadow with a bright light, so is the case with the dynamic concept of humanity.

Every child that hasn’t had the opportunity to grow up in a picture-perfect family has contributed to taint humanity. It might be a large part that they might have played- like the frantic groups who indiscriminately slaughter innocents. Or just the pang of jealousy you felt at the age of 4 when your friend got a prettier dress.

Through time and space, we have had certain malice characters that have evenhandedly ruined lives of millions or may have caused misery to others in any other form.

The best example being Adolf Hitler. He murdered 16 million Jews in cold blood. His vicious thoughts didn’t allow him to think twice when he made families separate, orphaned children and carried out all gruesome deeds.

We see how the bad take over the good. The vested interest of others in another way in which people let their inhuman side prevail. People let the bad in them come out without thinking about the implications of others.

Though humanity has a dark side, it is very important that we embrace it as stars do not shine without darkness.

Valinteena Kapoustianskaya
Valinteena Kapoustianskaya 11th standard student at Scindia Kanya Vidyalaya, Gwalior (M.P). A State level swimmer and a basketball lover. She has a keen interest in writing articles and poems in Hindi and English. Her hobbies include playing instruments like violin, guitar, and piano – She has represented India in the countries like Poland and Europe for Cultural Dance Fest.