5 Indian TV Serials Based on Novels 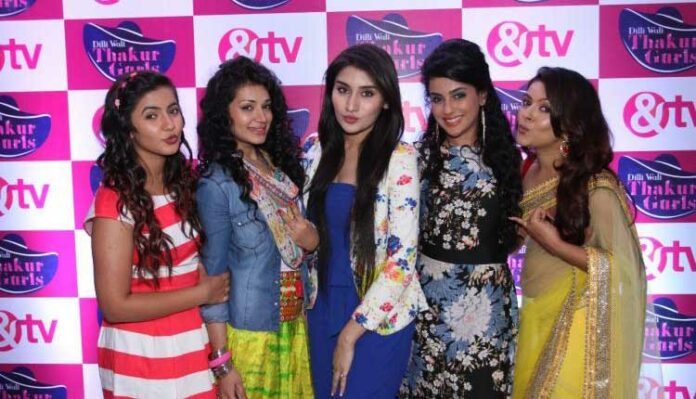 The daily transmission of programs in India started in 1965 with the opening of Doordarshan which was the only channel at that time. Indian TV industry started to rise when the private channels stepped into this business. Today, India has a collection of over 857 channels out of which 184 are pay channels. The small screen industry has entertained us for a quite long time.

The daily soaps are the most popular in every household. These daily serials continue to entertain us until they lose their story track in the race of maintaining the TRPs. But some TV shows based on books remained true and ended on a good note.

Dilli Wali Thakur gurls was based on a novel “Those pricey Thakur girls” by Anuja Chauhan. It was aired on May 30, 2015 on &TV. The show completed the story in 150 episodes and went off air on Oct 23, 2015. Sukriti Kandpal and Amir Ali played the lead characters. The show was very popular among teenagers.

Saraswatichandra which was broadcasted on starplus was based on a novel with the same name written by Govardhanram Tripathi. The serial was produced by Sanjay Leela Bansali. The serial went off air on September 20, 2014 with the completion of 444 episodes. Jennifer Winget and Gautam Rode played the lead characters. However, the production house made some changes to the ending of the serial which is very different from the novel. The serial gained a lot of popularity and won many awards. The serial was also dubbed in many languages.

Tarak Mehta ka ulta chashma is the India’s longest running TV show. The show was aired on July 28, 2008 and is still running on SAB TV.  The show was originally based on Tarak Mehta’s novel called “Duniya ne oondha chashma”. The production house started adding more stories after the completion of novel. The show is starring many lead characters. The serial is winning the best comedy show since 2008.

Kismat was aired on Sony TV which was based on the novel “Kane and Abel” by Jeffrey Archer. The serial was produced by Aditya Chopra. The serial went off air on June 2, 2011. The story was completed in 64 episodes and won the title of shortest running TV show. The main role was performed by Rahul Bagga and Viraf Phiroz.

Tumhari Pakhi is an Indian TV soap which was broadcasted on Lifeok. The serial was based on novel “Naba Bidhan” by Saratchandra Chattopadhyay. The show was released on 11 November, 2013 and went off air on 21 November, 2014. The lead role of serial was perfomed by Iqbal Khan and Shraddha Arya who now plays a lead in zee TV’s popular show Kundali Bhagya.  The serial gained a lot of popularity in every household and won several awards.