Why has Bitcoin hit record highs in recent weeks? 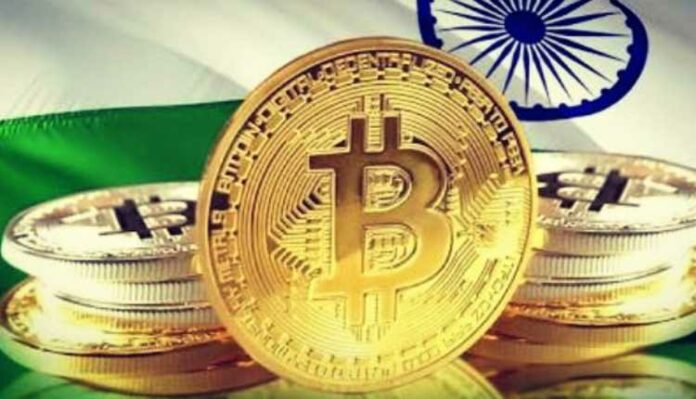 Bitcoin’s price skyrocketed in the space of three months. Today, a relative lull is observed. There are a few factors behind the remarkable rise in cryptocurrency.

You cannot have missed the information if you are interested in cryptocurrencies. Since October, the price of Bitcoin has experienced a very pronounced increase in its value. Starting below the 10,000 euros mark in September, bitcoin traded at more than 15,000 euros at the end of November, then 20,000 euros on December 25, before peaking on January 3 at more than 27,000 euros.

This Cryptocurrency Has Never Reached Such Heights:

His previous absolute record, established on December 15, 2017, was swept away with just over 14,122 euros. The new ceiling established in early 2020 is almost twice as high. However, since January 3, a correction appears to be taking place. In fact, the price recorded a notable drop, of around 10%. The value of Bitcoin, after reaching 22,000 euros, is now around 24,000 euros.

The Reasons for Such an Explosion in the Price of Bitcoin

How to explain such an effervescence, which made the famous electronic currency jump in a relatively short time? Various factors have played a role. There was first the involvement of PayPal, recalls the AFP, because the American company launched at the end of October a service for the purchase and sale of cryptocurrencies, which also covers payments.

But there is also the growing interest in investment funds, even though this currency sometimes undergoes sudden and not always predictable variations. Sign of the times, AFP reports: analysts from major banks on Wall Street, such as Citi, are now monitoring Bitcoin’s price. And on the side of JPMorgan analysts, we are only at the beginning of the use of Bitcoin as a value similar to gold.

Gregory Raymond in Capital does not say anything else. ” Many investors treat it as an alternative asset, a bit like gold, ” he wrote on December 31. ” Bitcoin benefits greatly from the uncertainty over the future of traditional currencies and is going from record to record .” According to the cryptocurrency journalist, Bitcoin “is increasingly chosen to diversify a portfolio and reduce its dependence on governments and the traditional financial system”.

Solicited by Numerama, CryptoFR provided additional clarifications. The site confirms that the entry of very large institutional funds is the “main reason” for this end-of-year turmoil. Among them are, for example, Guggenheim Partners, MicroStrategy, or Ruffer, where each time it is a question of the acquisition of tens of thousands of Bitcoins.

CryptoFR also notes that CEO Michael Saylor, who heads MicroStrategy, ” has become a Bitcoin preacher after buying more than $ 1 billion in bitcoin. The idea behind this is that it is better to have your funds in something other than the dollar, the value of which is eroding, “analyzes the site. Michael Saylor announced his investment on December 20, which spanned a few months.

Another element that may have weighed in the balance: the “halving” of bitcoin (in jargon, that the mining premium is halved).

This event occurred in 2009, 2012, 2016, and 2020. The next one, probably in 2024. Each time, this affects the price upwards. In short: there are fewer and fewer bitcoins accessible by mining. ” 88% of bitcoins have already been generated. In the end, the more time passes, the rarer the bitcoins are, “notes CryptoFR. A rarity which in fact plays on the value of the cryptocurrency.

A Phase of Discovery for Bitcoin

In addition to the arrival in the arena of several heavyweights, the price of Bitcoin also experienced a certain exploratory phase of discovery, because it exceeded the previous record at the end of 2017. ” We broke the old record “, thus falls CryptoFR. ” Bitcoin is therefore in price discovery “. In other words, the price begins to go up in a way on its own, for no other particular reason.

The corrective effects that Bitcoin has undergone for a few hours are also part of the normal process and do not mean that the price is doomed to collapse or stagnate. ” In 2017, when Bitcoin broke the old top of $ 1,200, it made the first surge to $ 3,000 before correcting, then gradually climbed to $ 20,000 by the end of the year. 2017 “, underlines CryptoFR.

What does this mean for the future? It’s hard to predict what will happen with Bitcoin, given its legendary volatility. But CryptoFR thinks that ” we are on a progression probably similar to 2017 “, but he recalls that between the beginning and the end of 2017, that is to say between 1,200 and 20,000 dollars, Bitcoin ” suffered regular corrections of 30 to 40% “. Enough to cause cold sweats.

As per the report published in the Independent, for 2020 and 2021, the start is much higher, the price of Bitcoin ” will go towards a price still an unknown “, continues CryptoFR, but according to many analysts, it may exceed the threshold of 100,000 dollars. What no doubt even more to whet the appetites. But this trajectory is obviously not guaranteed: neither the day when this record will be broken nor if and when any corrections will occur along the way, which will undoubtedly act as a foil.

Gopal Rao
I am Gopal Rao done my graduation and I am passionate about writing articles.