Widow Remarriage: A Step to Make Women Regain her Self Esteem and Live with Dignity 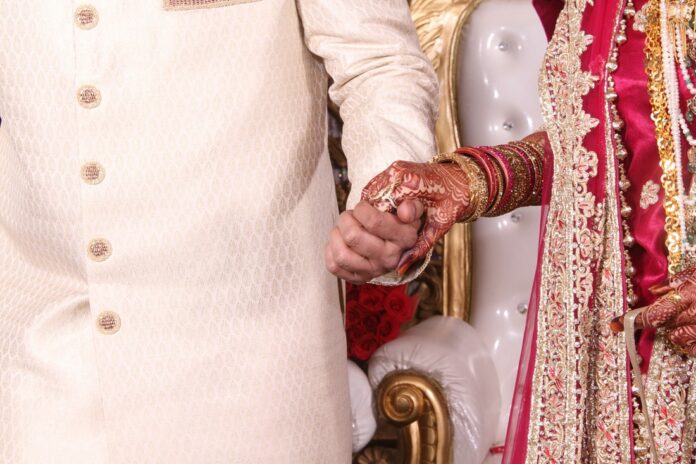 A woman whose husband has passed away and she is not re-married is called a widow. The marriage of such a woman is called widow remarriage. In Hindus, a man is allowed to remarry after his wife’s death on the basis that he cannot perform religious rituals without his wife. On the other hand a woman is refrained from doing so after her husband’s demise. She is deprived of many comforts, is not allowed good clothes, perfumes and make up etc.

Why are these double standards created in our society?

In a way, Remarriage is one party facility secured by man for himself while woman is deprived of it. In ancient India, the lives of widows were miserable, they were not allowed personal grooming and had to shave off their heads. They were even deprived off their husband’s property.

But since the time has changed and with the development of country and new laws, the thinking and customs has also changed with the initiatives of many social reformers, Brahma Samaj and Arya Samaj who took interest and supported widow remarriage. Now the widows are allowed to remarry and live their life happily.

At present there are 42.4 million widows in India, and widow remarriage is prevalent in lower castes than upper caste which has become a great problem.

Before 1856, widows were neither allowed to remarry nor they have any right on their dead husband’s property. Various Socio-religious circumstances that prohibited widow remarriage are:

1. Ideology of “Kanyadaan” or the donation of daughter: In India , Kanyadaan is considered as supreme donation. Once a thing is donated, it cannot be used for further donation. Thus widows remarriage was considered unjustified.

2. Concept of purity: Hindus consider sexual purity as supreme form of purity. Women are expected to follow the concept strictly.

3. Destiny: People generally believe in destiny. Some people perceive women as ill fated or unfortunate. They think, she being unfortunate will bring bad fortune in her husband’s life too. Thus, no one wants to marry her as they think they will also be the victim of her misfortune.

4. Marriage, a bond for ever: Marriage is considered a bond for entire life which cannot be broken.

With the efforts of Ishwarchand Vidya Sagar and Raja Ram Mohan Roy who attracted the attention of the Government towards this issue. With their initiatives, the Hindu Remarriage Act came into force in 1856 through which the legal hurdles related to widow remarriage were cleared.

At present, because of women’s education, increased financial independence, feeble caste domination, industrialisation and urbanisation there is growing verdict in favour of widow remarriage. The number of such marriages is increasing, but youngsters still have to play a creative role in it.

1. Pathetic existence of widows: Because of child marriages and unmatched marriages, the number of widows in the society had increased and their condition was pathetic. They were deprived of many comforts, were not allowed to sleep on bed, refrained of wearing jewellery and combing their hairs and there presence on any ceremony was considered a bad omen. In order to help them break free from such ordeal, they should be allowed to marry on the grounds of morality.

2. Double standards of morality on sexual relations: A man is allowed to marry after the death of his wife, but women is not allowed to do so. Why are these double standards created in society? Being humans we all are equal, even our constitution give us the right to live according our wish.

These double standards of our society should be brought to an end and widow remarriages should be allowed to bring change in the lives of widows and let them live their life with their heads held high with dignity and ensure equality.

3. Self Abstinence: An Irony: Our society and religious scriptures expect the women to lead the life of abstinence, which is not possible. Sex is a biological need, lack of which can cause physical and mental illness in both men as well as women too. Moreover no one can live isolated in this world, everyone needs a partner to share his happiness and sorrows and walk through difficult situations of life together. Thus widow remarriage is necessary.

4. To prevent Immorality: Widow remarriage is necessary to prevent sexual immorality. To prevent women from prostitution or conversion and in order to fulfil their sexual urges and support themselves financially. Widow remarriages will also reduce sexual crime, female foeticide and suicide which usually occur when women gets stressed due to ill treatment of people and attitude of hatred towards them. To put a hold on all these ill activities widows should be given right to remarry.

5. For the development of personality: When one of the partner departs or dies the other partner is in shattered from within, it is really difficult for women to bear the pain of her dead husband. She loses all the hope in life and is over burdened with the responsibilities of her children as well as family. Thus, to make her self dependent and to let her stand on her feet she should be allowed to marry.

6. Accepted in Religious Scriptures: Widow remarriage were prevalent during Vedic period too and there were no restrictions on them. In Mahabharata and Ramayana also we see the examples of widow remarriage. After the death of Bali, in Ramayana his wife remarried his younger brother Sugreeva and Vibhishana also married his brother’s widow. It was prohibited only during middle ages. Thus it can be said that widow remarriage is religiously approved.

7. Problem covers large part of society: India is second largest in population of widows, 42.4 million and most of them are living in deplorable conditions. Their children are badly affected, they are malnourished, prone to diseases and becomes a prey to human trafficking. This problem is really serious and need to be solved on grounds of morality.

8. Voice of majority: Men and women should be granted equal rights on the grounds of humanity. Widows and their children should also be allowed to live with dignity. “The Right to Live” is Universal Fundamental Right. Moreover most of people in today’s educated society favour widow remarriage. Thus people’s verdict should be respected. Merely passing laws is not enough, the society has to accept such marriages and view people who got for it with respect.