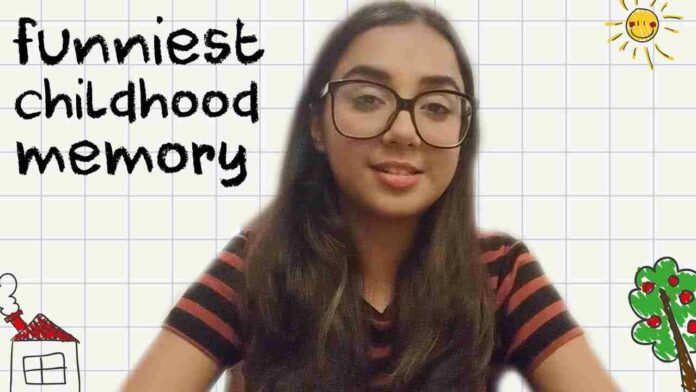 YouTube is not just a ground for entertainment, but also for education. Here is a list of channels which are simply out of this world when it comes to being educative, informative and productive. These channels teach you something new with each upload. 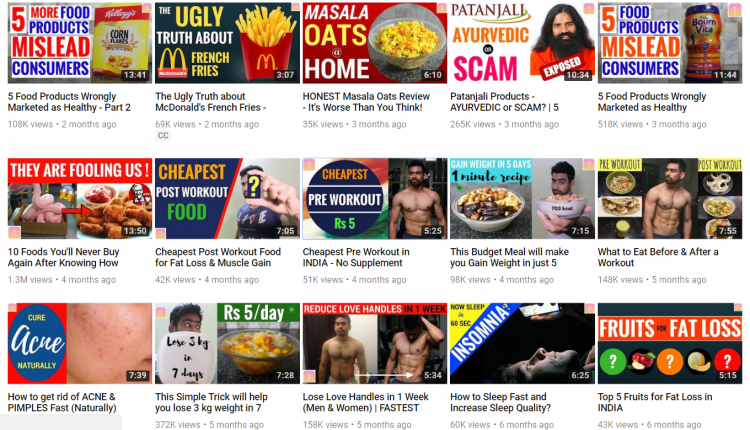 Fit Tuber is your go to guy for Gym, Health and Diet plans. Not only this, but he also ranks brands in India from worse to best. According to him, these reviews are not sponsored. Another, feature of his channel is how affordable half of his recommendation are. His videos are not just limited to exercises or brand reviews. He gives recipes for healthy food, as well! In case you do not understand Hindi, the videos come with English Subtitles as well. New videos are uploaded every week. 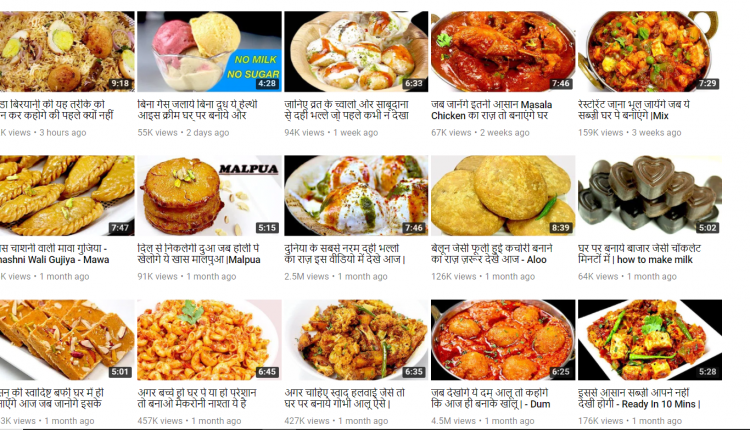 There is also an Hindi version of this channel, but for sake of clarity, we will focus on the English one. BharatzKitchen makes complicated food easy to make. He derives into the Science behind to create Ovenless Pizza or milk-less ice cream. The quality of the videos are amazing. From Navratri delicacies to Ramzan delicacies, you will find various recipes here. He even recreated McDonald’s Aloo Tikki Burger for his viewers which looked exactly like the real one.

If you are a Game of Thrones fan, you will love Epicurious which has some GoT inspired recipes. They include basics like how to roast Broccoli or make crispy smashed potatoes to a tour of Japanese supermarket. There is plenty for food lovers on this channel. 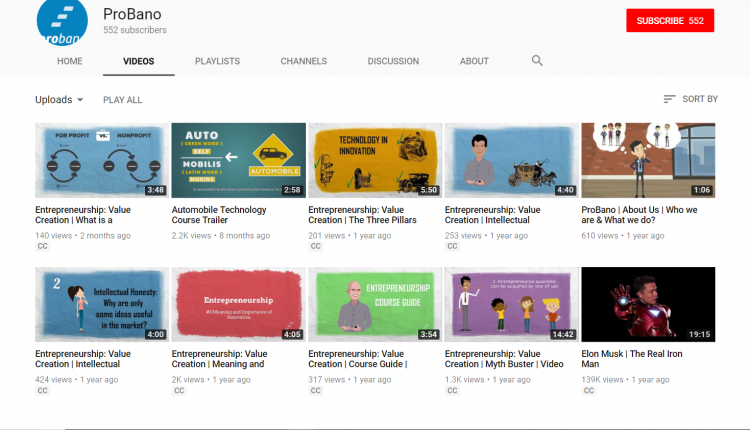 ProBano provides animated online courses for school students in subjects they do not get, usually, taught in school. The main aim of this channel is to promote different careers not just Engineering or Medical. The illustrations are all interesting, visually appealing to make learning interesting and memorable.

With NEET fever going on, BioMentors’ channel is a boom. Just watch one video and you find a part of your portion done. They also conduct exams. Basically, the whole system is like a coaching class. The difference being you are studying from the comfort of your room and without paying. They also tell you the secrets and strategies to score good in NEET. Unlike the name suggests, videos also include physics and chemistry. 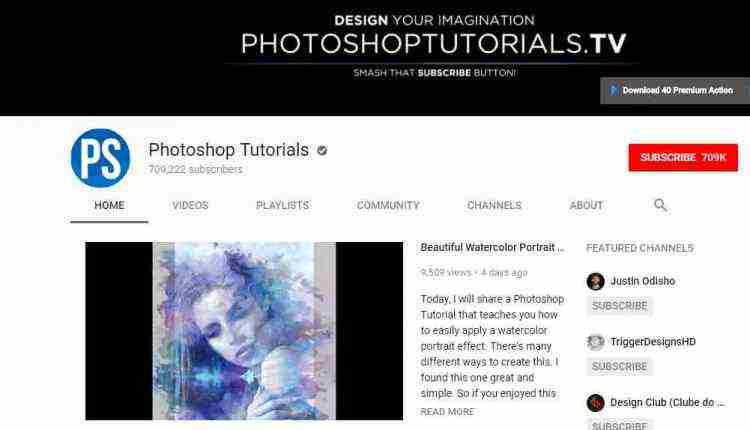 Despite the absence of Voiceover, PhotoshopTutorials.tv is better than a lot of graphic tutorial channels which have blurred screen. The videos are edited well, suiting the needs and taste of many individual. There is a clear text caption instruction as well as a nice background music. 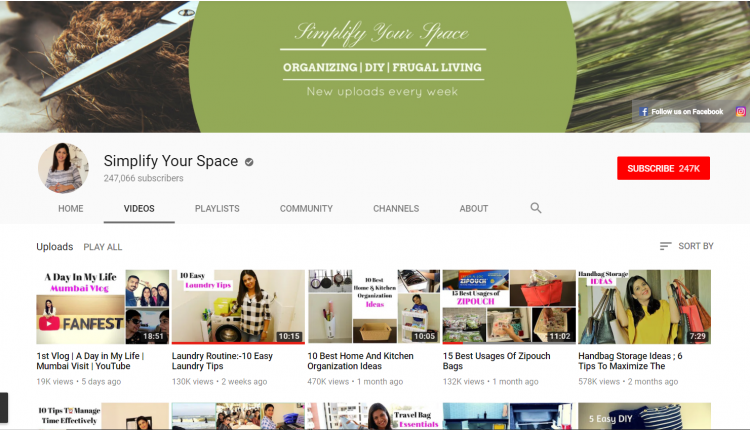 Simplify Your Space is a great channel for everyone who wants to organize their life. Ashu Khatter helps you do it under a budget. The tips are simple to follow yet works great in day to day life. There are videos on how to do your laundry to how to how to organize your kid’s closet. She also has some DIY (do it yourself) projects for the benefit of her viewer’s. For example, how to make a peg board.

Others include Alejandra, DoItOnADime, HomeHashTagLife etc. for organizing your house in a better manner. Where Alejandra is known as ‘America’s Most Organized House’ and is a professional organizer. 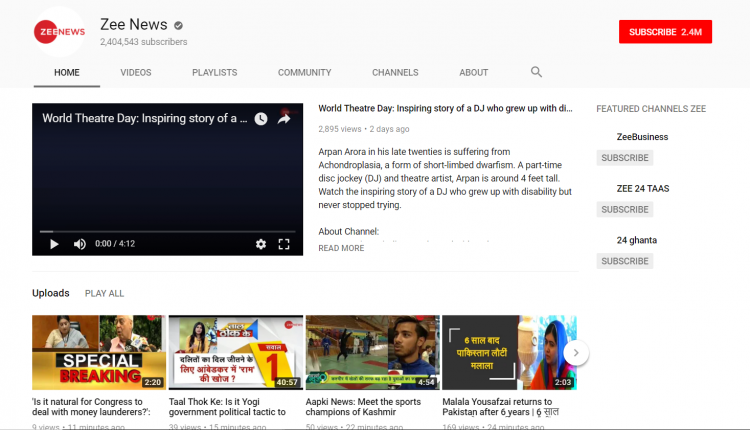 Zee News is an amazing YouTube channel where you can get news from all around the world. It includes news from sports, entertainment, politics to everything under the sky. The channel is similar to one on TV with added feature of pausing, replaying and less amount of advertisement.

You can also try Aaj Tak and Star News for Hindi news, Republic TV and NDTV for English news. There is also BBC on YouTube for your international news. 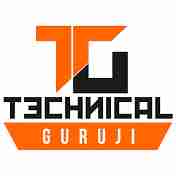 There is rarely anyone Indian who has not heard the name of this channel. So many other channels have been developed in the same genre with the same name. It says something about the legendaryness of this single channel. The channel includes topics like ‘Artificial Intelligence VS Machine Intelligence’ or just general reviews of new gadgets. There are also plenty of tips related to the well being of your gadgets. 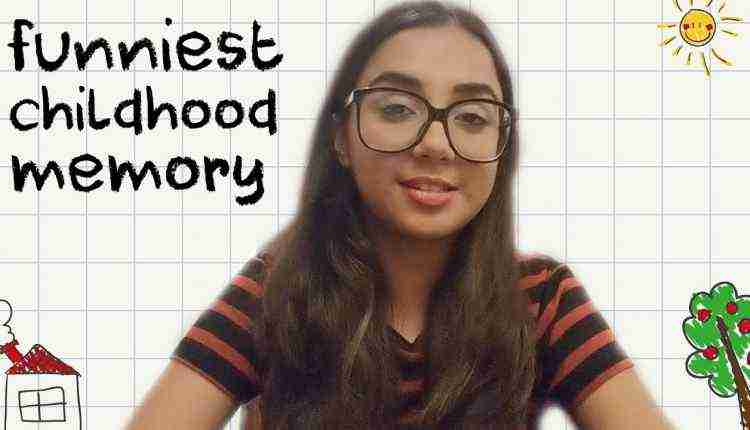 Prajakta Koli always knew what she wanted to be. A Radio Jockey. She is one of those rare people whose parents encouraged her to chase her dreams. She worked as one for a year, but found herself living a restricted life. There was no thrill in her new job. Then she decided to give YouTube a try. And rest is History. Now she has over 167,000 subscribers. Her videos are relatable as well as funny, showing the common day to day life of Indian mass. 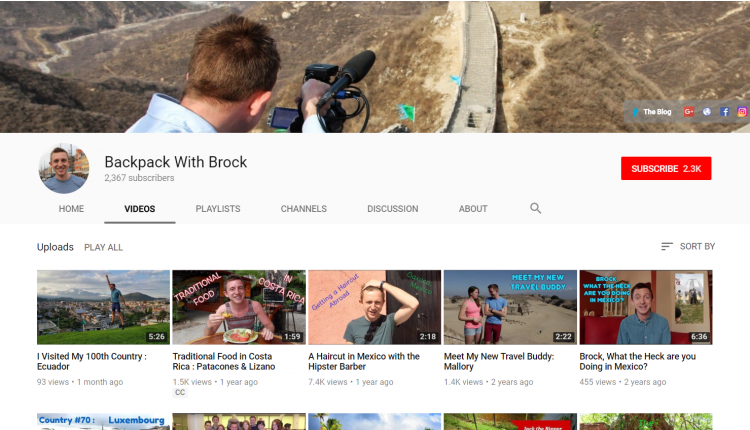 Brock Tours around the world, making videos of his adventure and posting it on his channel ‘Wanderlust’ for all those who cannot or would not. The man has just visited his hundredth country — Ecuador. His about me page states: “I travel around the world. And guess what? I bring you with me!” The videos include Australia’s Dangerous Reptile — Jack the Ripper, 2015 Snowpocalypse of Boston and Thailand’s Buddha’s Head in Tree Roots. Adventure, Wildlife as well as spirituality. You can also experience getting a haircut from a Barber in India! 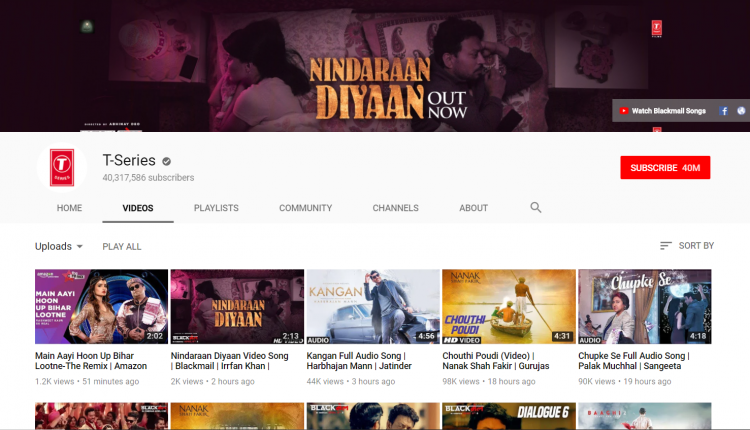 Feeling some Bollywood music? T-Series is the answer to your question! From new to old music, T-series has a huge set of songs. There is Telugu T-series, Kid T-series, Punjabi T-series, Kannada T-series and Tamil T-series. T-series has been associated with music for three decades while covering ample of languages. Subchannels of T-series include fitness, Shabad Gurbani, Bhakti Sagar, classics etc.

Related channels include YRF, Zee Music and Speed Records. Check them out as well! 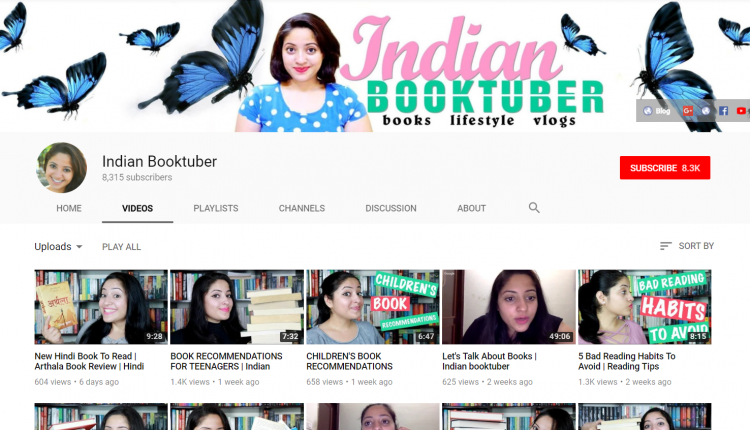 For anyone who loves book, this channel is the best. From book reviews to book recommendations, the channel provides it all. She also talks about relatable book lover stuff like, ‘Habits of a Book Lover’. Mostly, she talks about books in variety of genre. Uploads of a new videos are made alternate day while videos on Hindi book are made on 7th, 17th and 27th of every month.