Engineering and Computer Science Is Still Not Meant for Women in India? 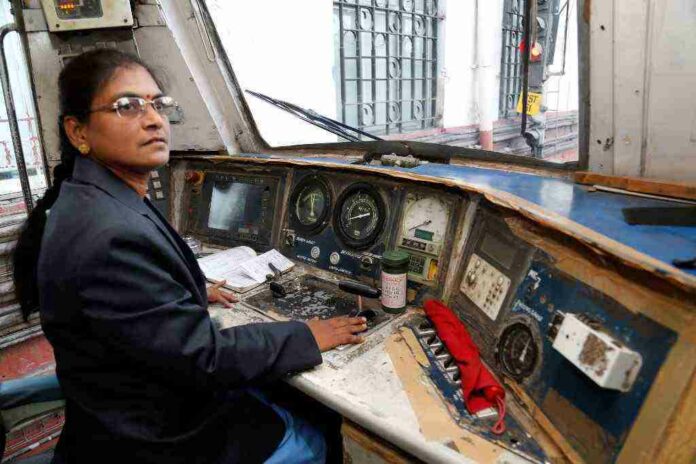 It has been shown statistically that enrollment of women in Computer Science and Information Technology is comparatively very low as compared to males whereas the colleges and institutions provide same facilities to men and women. Various scholarship schemes have been implemented to encourage women to go for technical and computer education, but Computer Science and Information Technology remains to be men’s domain and still not meant for women in India.

Women are more attracted towards humanities, journalism and other disciplines, but tend to show their back towards engineering. Although, they are equally good in Mathematics and Science subjects just like men still there are approximately two women among 100 men in Engineering.

Have you ever wondered how many women around you are Engineers?

Let us try to evaluate what could be the possible reasons for low participation of women in Engineering as compared to other fields.

Literacy rate among girls is comparatively very low as compared to the males is not a secret. Females constitute 50 percent of the country’s population, but the lack of education prevent them to participate in jobs just like males and give their share in the development of the country. As per census report 2011 literacy rate for men was 82.14 whereas for females it was only 65.46 percent. Lack of education and knowledge is also a main reason for ignorance of women towards engineering. They don’t have suitable knowledge about the courses and the opportunities they offered.

Indian society is male dominated and gender roles play a significant role. Although girls are equally skilled in Maths and Science, but still Engineering is thought to be male oriented. Another reason of this can be that women are thought to be Soft, Tender, Sober and have less stamina and strength. The thinking that women should go for teaching and nursing jobs as compared to engineering makes women to show their back to Engineering. Biological differences play a major role for keeping women away from engineering. Women are thought to be more social and talkative and sitting in corner and doing their work on computer does not suit them.

Parents don’t want to send their daughters to far places for study and also for the job. Due to the security reasons or otherwise they prefer their daughters to send to the colleges and schools which are easily accessible.  Further, early marriages and pregnancy become the major hurdle in their career building. The pressure from in-laws force them to quit their jobs and remain at home to take care of their baby and the family. Gender roles and generalisations that women are more attracted towards language and humanities and therefore be encouraged towards these fields  in Indian society act as barrier to the growth of women.

It is very obvious that when a boy get good marks in 10th grade his parents think of sending him for engineering, but if a girl scored good marks in her 10th grade exams she is supposed to go for languages or humanities. Further, the culture in which girls and boys are brought up, and girls are supposed to play with dolls and wear pink instead of robots also make them feel like they don’t belong to technical world and don’t see themselves fit for those jobs.

Another reason is that engineering courses are far more expensive than other courses. Parents have to pay a lot of money for making their children engineers. Private colleges charges around 4 lacs to 5 lacs for engineering degree. And the bitter reality is that very few parents are ready to invest such a big sum in their daughters engineering education whereas they are ready to pay the same amount for their son. Most of the parents thinking is that they will keep this amount for daughter’s marriage rather than spending on her education as she will be the member of her husbands family after marriage and serving them. This kind of stereotype thinking seems to be the clear reflection of the realities of job market.

Lack of role model is another reason for women not going for engineering. With very few women being engineers and succeed and attained a suitable position which can inspire others whereas there are many women who are teachers , doctors , journalist etc to whom we meet in our daily lives and get inspirations. Most of us in India haven’t met a woman who is an engineer thus we don’t consider engineering as a possible career option.

The reason may be that engineering jobs require long working hours with strong stamina and one has to work in field as well as in office with full dedication for long hours away from family and have to sacrifice personal time whereas women due to security reasons and due to their family after marriage is bit uncomfortable in performing such jobs and tend to change their profession or quit the job. Hence employment after graduation remains a great barrier for women engineers.

Engineering remains a male dominated world where women play a negligible role. Most of the women do not go for it, but the few who opt to be engineers have really a hard journey. Women are often appointed on the jobs where they are participants and not team leaders. They are not provided authority to take decisions. Most of the women in corporate offices often feels themselves alone and isolated in between male colleagues. She is not given any attention and is sidelined which becomes a reason for stress. Gender segregated environments, lack of social and cultural values and making it impractical to discuss gender related issues and problems, resist women to go for Engineering and Technical jobs in India.

8. LACK OF INFRASTRUCTURAL DESIGNS AND PRODUCTS

Women with children often require flexibility in working hours. In most of the companies, employers don’t provide any special facilities to women neither they give her any flexibility in working hours which would encourage them to work even with their children. Her achievements are not considered and not given promotion on being absent on maternity grounds. Thus, lack of infrastructure and facilities prevents women to participate in workforce as men.

In order to bring women to computer Science and technical jobs along with building laws and different policies and schemes, the change of stereotype thinking is most important. Women and men should be treated equally in same work environment and paid equally too.