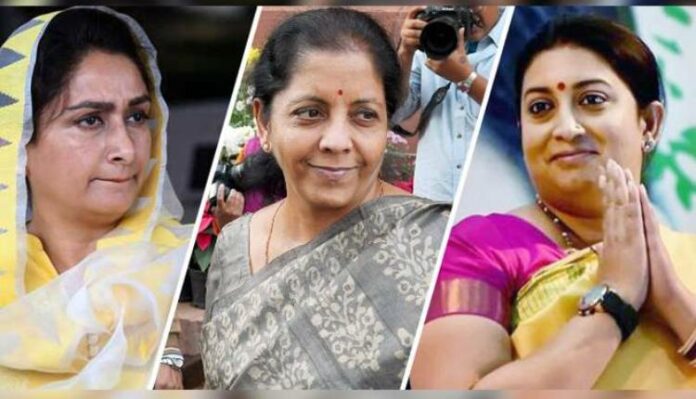 Women are the future of the country. Malala once said that if half the country’s population, women, won’t progress, then the country cannot progress. The government, the ruling body of the country, needs to be fair to provide justice. Since the beginning of independence, women have played a major role in politics. Be it Congress, BJP or AAP, we see them everywhere. Women have excelled themselves in various fields like sports, entertainment, military, business and whatnot. They have also shown a positive impact on politics. According to various government acts, there are 1/3 reservations for women in government bodies of our country. This not only focuses on women empowerment but also provides them with a fair chance to put forward their and the majority’s opinion and take part in decision making. Various leaders like Mahatma Gandhi thought that women should not be part of the movement. But as it’s said, time changes the thoughts and mentality of people. Today various women form up the ruling body of our country. Women like Indira Gandhi are a perfect example of how women with their leadership qualities bring major societal changes. Women who excel in politics promote their ideas for women’s empowerment and stand out as a perfect example of women being equally capable to men. We daily hear about terms like equality, freedom and safety of women. These ideas are to be widely spread among the people. Politics is the only way to communicate and spread the opinion to maximum people through speeches and rallies. These ideas gain massive support of the people as each one of us won’t change society; we want society to be a better place for women.

Why is the participation of women important in politics?

We all face various situations in society. According to our lives and lifestyle, the opinion also different from each other. It’s important to get a female perspective of all the solution and the male perspective as the problems they face are also different. It leads to more efficient development outcomes. It helps the country to acknowledge the political superiority of women. It speeds ups the process of feminism which brings effective changes in society. The participation of women in politics is important to bring up their leadership skills and opinions. It helps to create a sense of equality among the people. Participation in politics promotes women’s various rights like protection from violence, right to divorce, property rights, reproductive rights, and a lot more.

Various families don’t encourage women to participate in elections and be a part of politics because it can be unsafe. But the families need to understand that the change starts from within. Everyone can stand against the government, stating that it’s inefficient, but it takes huge courage to stand out of the crown and make the government efficient.

Government introduces various women empowerment plans and policies every year to help women own the occupation of their choice. Someone said, ” being educated gives you a different point of view towards life. ” It’s highly observed that more educated women are gaining interest in politics and leadership. Many states of our country, like West Bengal, have their chief minister as a woman. India is known for various political leaders who brought up various changes in the country, such as Sonia Gandhi, Sushma Swaraj, Indira Gandhi, Sheila Dikshit, Mamata Banerjee, Jayalalitha, Mayawati Vasundhara Raje Scindia, Ambika Soni and many more. Women of India got the right to vote at the beginning of 1927, but not many of them could vote for the country because they lacked the qualification and inheritance of a property required for voting. After a long series of struggles, women came up with their own political parties and self-help groups, which played a major role in decision-making. Still, various cultural and socioeconomic barriers in the country prevent women from being a part of politics. The statistics of participation of women has constantly been increasing after independence. Earlier, when women were introduced to voting, rarely 1% of the entire population of women participated in the voting, but according to the current statistics, women belonging to urban and rural areas participate in voting.

Through their strong opinions and ideas, women who change the world also inspire many other women to work for it, promoting gender equality. There are many places in our country where because of illiteracy and narrow-minded thinking, women are treated worse and are also. These conditions improve when they learn to stand up for the injustice of discrimination happening to them. What is gender equality? It’s a state where we don’t ask for privileges; all we need is equal treatment. It’s a condition wherein no man is superior to a woman, and no woman is superior to a man. When will we be equal? The day when no woman will be scared of working on night shift, the day when no woman would be asked to keep her marriage over her career, the day when no women will be questioned about her clothes, the day when every woman will feel free to roam around, wear whatever they wish, raise their opinions to get a fair chance just like men, that day we all will be equal to each other. Women in politics are a living example of these things that come to life. They tell us how to raise our voice against wrong and stand for ourselves and our people.

We always face people in life who never want us to succeed, but we need not fear them; all we need to do is buckle up ourselves and fight for our rights, fight against injustice. Happening to us, deal with it and come out with flying colours in our life.