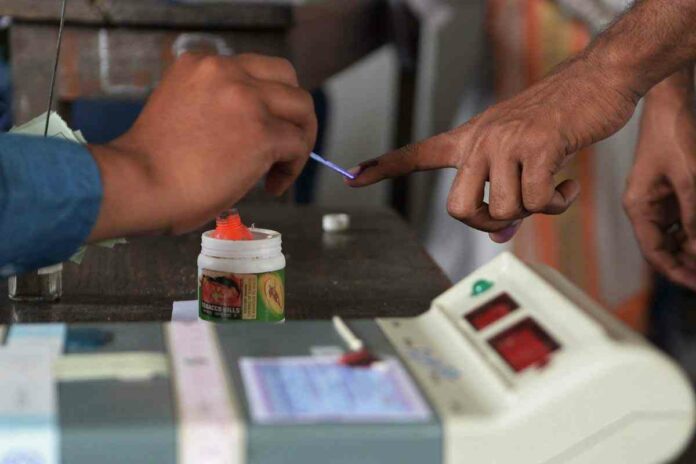 This is a question that really will have to force one to spend most of his time to find an answer to the same, The Lok Sabha electorate is primarily an election to select the “PM” of this country at India One need not explain what are the attributes that a “PM” of this country needs to possess. It is people who choose the “PM” and it is the people more than anyone else that needs to analyze and choose the right candidate as the “PM” of the country.

The choice of an individual varies, but there could be some common factors or the qualities that one pinpoints and looks as a quality to choose the “PM” Some of them are illustrated below:

1. The acceptability of the candidate as the “PM”

2. The knowledge about the country and the states

While choosing the Member of the parliament who amongst themselves will later choose the “PM” one has to bear in the mind that the Members of the Parliament are chosen in a manner that they know the basic of the country beside knowing the information of one and sundry from the region that they are chosen The basis of the country includes an overall idea of what the country is, what are the different states and their strength as well as the weakness are, what are their condition in terms of the national ranking when it comes to Economics, Health, Education and Employment These are some of the basic traits that every Member of Parliament ought to know before they can expect the people to cast their vote for them from their apportioned region and there are the valid important quality that the people should know before they cast their vote for a candidate in the Lok Sabha election.

3. The “basic” education of the candidate

The basic education need not necessarily be the candidate possessing a hi-fi qualification In choosing the leader, the leader ought to have a complete knowledge of the entire constituency from where he is contesting, the bifurcation of the different people in terms of breeds, religion, caste and the creeds, the knowledge of their profession, the knowledge of the state of agriculture and farming of the area that he is contesting his election, the factors like forestry, the per capita income of the people and the info’s of the basic amenities and the facilities that the area provides to the people This will help the member of the parliament who is contesting the election and these are some of the basic requisite of the people to know before they cast their franchise in favor of the candidates of the Lok Sabha from their area/ constituency.

A good academic qualification and that too if it a qualification that is associated with the professional one’s could be considered to be a “blessing” for everything if at all a candidate who is contesting for the post of Member of Parliament possesses. The experience of the job that is associated or linked with his qualification can help him to gauge a situation brilliantly and analyze that precisely to expedite it. This can come in as a useful asset and it could be handy when he delivers and expedite his work A good professional qualification and the experience associated with it helps in analyzing a problem and finding out a suitable solution This is one important factor which the people who select their representative ought to look in for.

5. The “mannerism” of the candidate

This is one of the most important factor The manners that the representative carries ultimately makes and decides his failures and the success It is pertinent that every candidate who fights the Lok Sabha election carries a soft manner He may be a “ rough-and-a-tough” candidate in his personal life with a lot of “ volcano “ in terms of the fire-and-the-anger inside him But he actually is the representative of the people He has to carry forward not only the people who select him all the time with him but he has to put their problems to the authorities for solving them. He has to carry a soft, mild and a pleasing human manner so that the people always pin their faith on him and he carries the faith of the people to its ultimate destination to get the problems of the people solved This is one important point and perhaps the most important point.

6. The “openness” and the “availability” of the candidate.

7. The knowledge of the world and its problems

It is the Member of the Parliament that are selected by the people and the “MP’s” finally select the “PM” It is and it would be very necessary for the Members of the parliament that they know a bit or a little about each country that exists in the world their habitats, their fiscal and financial conditions, their strength and the weakness and their culture and heritage. This is very necessary now-a-days for the representative to know a knowledge of this will help them to put forward their views in a very strategic manner when the country deals with those on a diplomatic front and other such occasion when the need arises Knowing one’s strength and weakness sometimes helps one to pitch exactly where we could be a success to them and they could be our’s This is a strong point that these representatives ought to know and the people who elect their representative ought to focus on these points.

8. The background of the representative

9. The ability to handle the crisis

The ability to handle the crisis by the representative and the expertise to solve the problems in an authentic manner is an important factor and the point that goes in a long way for the people to elect their representative from their constituency Especially the “PM” and his men ought to be very sensible, sensitive and absolutely balanced to solve and dilute or neutralize the critical situation that arises. The classic example of it was the “ Dokhlam “ affair and the situation that had risen, but the one’s responsible to look after the affair of the nation diffused the situation very effectively and precisely.

This is one of the most weak trait that the elected leaders of now-a-days possess They hop step and jump from one party to the other when their apple carts are turtled The one who chooses their representative ought to study this factor very carefully, sincerely with all the attitude and magnitude taken into consideration before one should elect his representative from his or her constituency.

This and these are some of the 10 most valid point that one ought to think and rethink before casting his precious vote for their candidate.