What is BioPiracy And Everything Else You Should Know About It 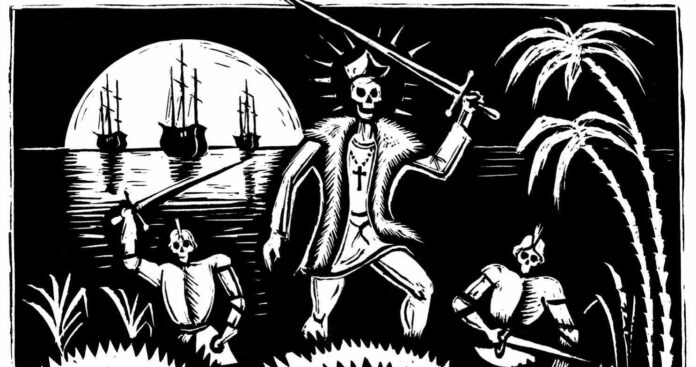 BioPiracy refers to the unethical or unlawful practices, which are commercially exploitative in nature. These practices operate due to unfair application of patents to genetic resources and the traditional knowledge possessed by indigenous communities, worldwide. The knowledge and commercial products derived from biological indigenous resources is self-proclaimed by organizations and/or institutions owning up to their Intellectual Property Rights (IPR) in the form of patents’ and novelty.

In simpler words, when traditional knowledge of indigenous people, as originated by them is used by others wherein they are given no credit in terms of monetary compensation or any recognition, it is termed Biopiracy. A more neutral term, politically correct rather, for Biopiracy is Bio Prospecting. Research groups and associations’ ideally use this term in an attempt to search for biological resources in a legal and respectful manner Vis-a-vis involving a prior informed consent, access and benefit sharing agreements, along with material transfer agreements prior to the commencement of research conducted. However, in ground reality, these practices are a rare sight to witness. In the given context, it may be noted, that, Pat Roy Mooney, who coined the word biopiracy, states, there is nothing called “bioprospecting” and that the only term and practice that exists is “biopiracy”. This statement of his depicts the discontentment he holds regarding the matter, owing up to more than 30 years of work experience with civil society organizations on international trade and developmental issues related to agriculture, biodiversity and technology.

Over the past decade or so, an increase in awareness of traditional knowledge is seen, as genetic research has become more advanced. This, in turn, facilitates the human ability to use plants and animals in order to develop new drugs and/or modify crops to meet security needs. This advancement in genetic researches, worldwide, is accelerating this global concern, adversely affecting the economies that are agricultural based. In the given light, a sense of scientific colonization by the technologically advanced nations’ on less-affluent nations’ is to be seen.

The Agreement on Trade-Related Aspects of Intellectual Property Rights (IPR) that took place in 1994, requires member countries of World Trade Organization (WTO) to develop legal frameworks’ wherein the different varieties of plant and animal resources will be protected under two systems. The first one being, for agricultural contexts and the other being for commodity contexts such as, pharmaceutical, chemical, and textiles to name a few. Irrespective of several countries claiming this as counterproductive for protecting their respective indigenous resources; the decision-making authority solely lies in the hand of this intergovernmental organization. Evidently, USA plays a major role in their role of decision-making, elucidated below.

Being an agrarian based economy, India can feel the brunt at a massive level.Farmers’ all across the country are deeply affected by the patent ownership of the multinational companies and several other international organizations. The increasing usage of biopatents’ by these organisations’ is further agonizing for our rural population, which nearly constitutes 66.40% of our country’s diaspora.

Several Indian products such as Neem Tree (first patented by W.R. Grace and the Department of Agriculture, USA in European Patent Office), Basmati Rice (patented by an American company called RiceTex Inc., based in Texas, USA), Turmeric (patented by Medical Centre of University of Mississippi, USA in 1995 for wound healing property), Indian Wheat (patented by Monsanto, the biggest seed corporation in Munich, 2003 by European Patent Office), to name a few, have undergone the repercussions of BioPiracy. However, after legal actions and petitions filed by the citizens’ of our country, wherein traditional and ancestral knowledge ultimately overpowered; the patents have victoriously been revoked. Another achievement that must be brought to light is that of Darjeeling Tea, the first Geographical Indicator (GI) tagged product in India.

In order to achieve this victory for our remaining commodities that come under the purview of traditional knowledge and geographical indications, the policies and rules should be followed stringently. Only then will this geopolitical concern be addressed, sustaining the enriching biodiversity our country attains. In order to stop the misuse of traditional knowledge, which is currently accelerating due to developments in biotechnology; impetus to anti-biopiracy activists along with other social activists and environmentalists must be given. The aforementioned victories wherein patents have been revoked should be considered as the base for filing further petitions, in order to sustain the traditional knowledge, we as a country withhold.

Considering the earnings derived from the commercial products don’t reach the real cultivators’ of the products’ or any local conversational; infrastructural efforts and mechanisms need to be set-up, wherein the role of decision making shits from intergovernmental organization’s (namely, WTO wherein US plays a pre-dominant role) to intra-governmental organizations’ (governmental bodies, environmental NGO’s). Henceforth, it is about time, for our government to revisit its’ IPR policy and make it favorable for the citizens, abiding by Article 21 (Right To Life and Personal Liberty) of the Constitution of India.