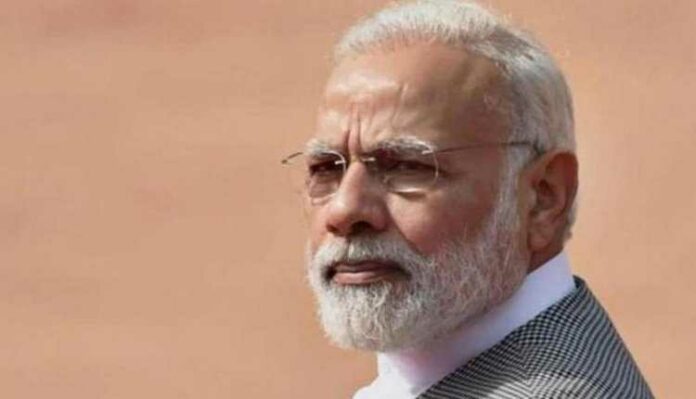 There are many significant reforms taken by the Modi-government; some of them are the demolition of Teen-talaq, GST, Surgical strike, Airstrike, etc. The list is very long and if we start counting it will not end till next Lok sabha election. But there are also some failures of Modi-government in its first tenure to the second tenure.

Here, we are going to reflect some of the major shortcomings of Modi-government that will never reveal by the government.

The 13 Bitter Truth That Modi Government Will Never Reveal are: 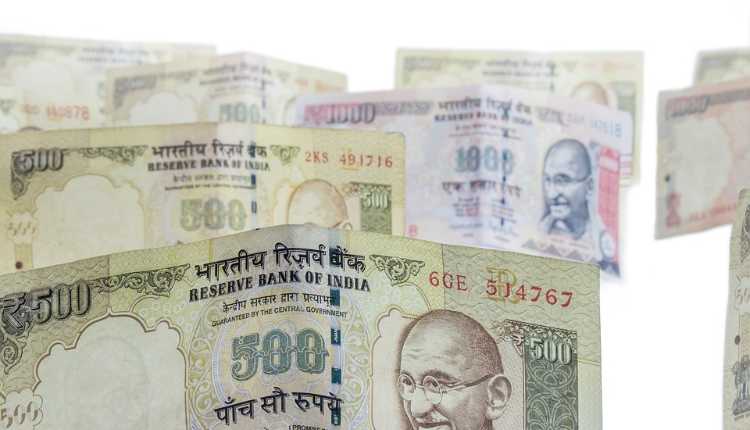 Growth is a thing which is the most-watched metric since Modi took office in India. In recent years, there has been a severe slowdown, and the most significant impact on growth was the result of some of Modi’s flagship reforms.

In November 2016, he shocked the country by abruptly banning the two largest banknotes in circulation, knocking 86% of the country’s cash worthless in one fell swoop.

While the stated goal was to end illegal funds and push India towards a more digital future, the move wreaked havoc on the cash-dependent economy and paralyzed several sectors.

An enormous reform of India’s taxation system a few months later hit the economy even more, as companies still recovering from the Demonetisation; struggled to cope with the change.

The economy had recovered strongly at the beginning of last year, but since, then growth has plummeted from 8.2% to 4.7%.

“If you really look at what this government has done, it has consistently passed many milestones,” said Pronab Sen, director for India of the International Growth Center and former director of statistics for the country. “But the only big mistake was (the Demonetisation). The consequences of that act, I think, far outweigh the good things that have been done.” 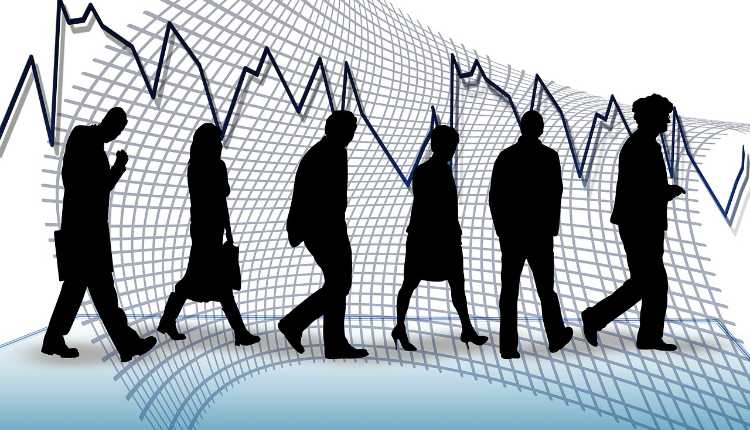 The Eighth Annual Survey 2018-19 focused on Higher Education was released by the Ministry of Human Resource Development last week. Around the release of this annual report, another report was published by the Center for Monitoring India Economy (CMIE), Unemployment in India – A Statistical Profile (May-August 2019). This report is published three times a year from an interval of four months.

If we look at both the reports together, a picture emerges before the eyes that unemployment among the educated people in our country is taking a colossal form. This macabre form of unemployment is a sign of an economic recession and can become a significant political challenge for the government.

The data taken from the Union Ministry of Labor, 550 jobs have been decreased every day, and self-employment opportunities have also reduced. The statistics which have come face to face between all these exercises show that the situation in the country is very bad from the side of employment. Recently, the International Labor Organization report has revealed that by 2019, three-fourth and half of the country’s employees and professionals will be facing job threats or they will not get the job according to their ability.

Modi government had made big claims regarding skill development and job creation, but so far no concrete result has been revealed. The strict and strong steps should be taken to include eradication of unemployment in the priorities of our schemes so that future-building can be provided with a strong foundation. 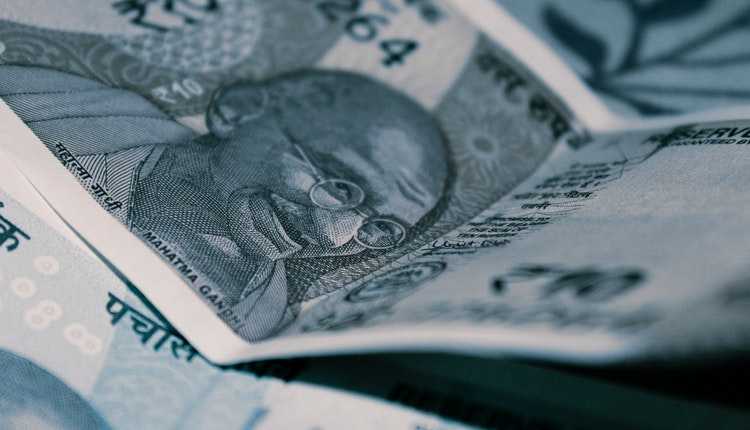 The news of the economic crisis coming from all around has suddenly put the life of the BJP in a breath. After the false implementation of demonetization, the same misconception is also seen in the matter of implementing GST. This has broken the back of small businessmen, the result of which has come to the fore in the horrific situation of decline in production and unemployment in the months following demonetization.

With a 3% year-over-year drop in economic growth rate, the most recent failure has led to job cuts, rising unemployment, factory closings, and production suspension.

The economic slowdown is being felt across all sectors, including real estate, agriculture, automotive, manufacturing, and financial services.

There are clear indications that the automotive sector, which employs almost 3.7 million people and contributes 12% to the national economy, faces its worst crisis in two decades after some 350,000 workers have lost their jobs and almost 300 Showrooms and dealerships have been closed. 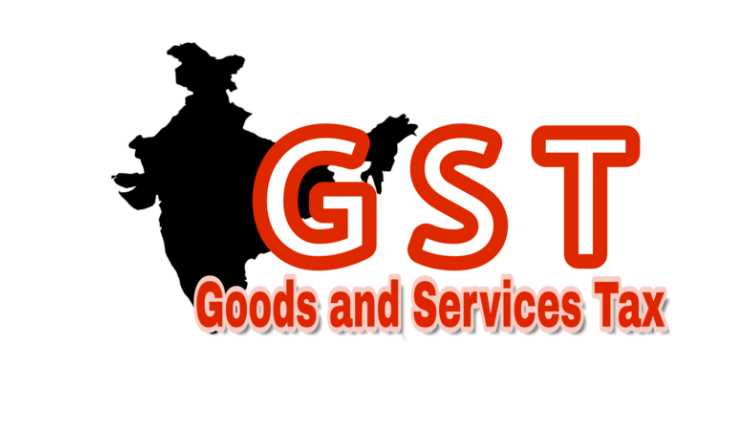 In Modi-government first term, Demonetisation and goods and services tax (GST) have been showcased by the BJP as two of the most significant achievements of the Narendra Modi government. The Opposition party holds an entirely opposite view of the two critical policy decisions. GST, of course, it is for the benefit of all, but implementing GST soon after demonetization may be a wrong decision. Because after the implementation of GST, the Indian economy was stung entirely, and from small to big businesses, all have to suffer from the worst conditions. Many businesses have also gone bankrupt. GST is implemented incorrectly, and It can also be ascertained that even after the implementation of GST, in many commodities rates, on the name of improvement, changes have been made multiple times. Even though the government calls it an increase, but there is a mistake while implementing GST, only then the alterations are being made repeatedly.

Well, never mind, at least the government is correcting its mistake. And as the government and other international agencies are saying that GST will have long-term results, so we should trust the words spoken by our scholars. 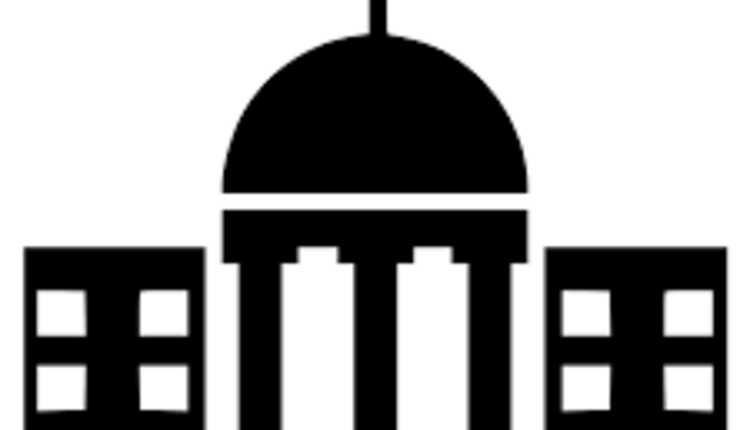 What to say about this case. How is the Modi government interfering the independent bodies? Some of the following points may understand it- 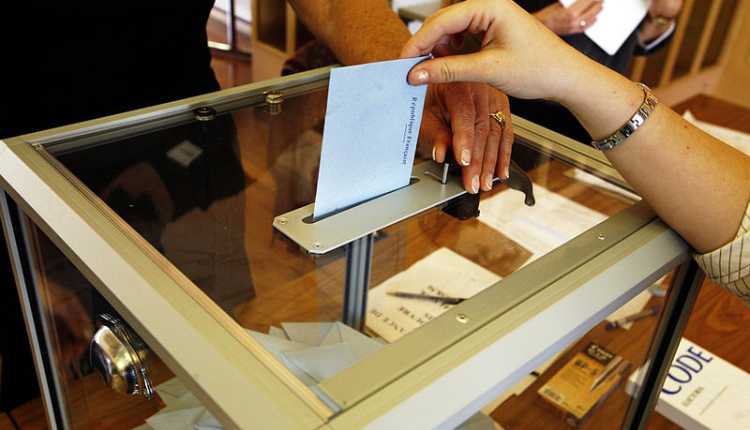 In the 2019 Lok Sabha elections, the BJP got success to achieve more than 50 per cent votes on its own in 15 states. While in Bihar and Maharashtra, BJP with its allies, it was able to get 52 and 50 per cent votes respectively. However, after this, the party could not touch the majority figures in Haryana and Jharkhand. In Haryana, BJP got a 36 % vote, while in Jharkhand it was 33.37 %. In the 2019 Lok Sabha elections in Delhi, BJP got 56.58 % votes, and in the recent assembly elections, it reduced to 38.5 %. 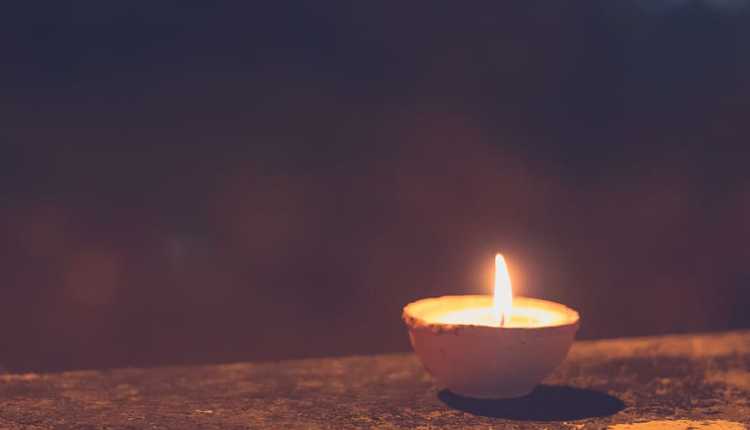 Prime Minister Narendra Modi is considered a ‘fundamentalist’. For the twenty years from 1989 to 2009, the party kept promising to build a grand Ram temple in Ayodhya. But under the leadership of Modi, the BJP softened this promise and presented it. Also, the majority of Hindu-religious leadership has increased in the Modi-government. Leaders with a staunch Hinduism-attitude like Yogi Adityanath and Sadhvi Pragya have given BJP a Hindutva-image.

The pressure of religious nationalism has forced the Arab names of various cities and streets in northern India to change, where much of the Muslim majority is concentrated. Many of these places kept their name since the Mughal empire occupied the northern region of the subcontinent in the 16th century.

The ideologue of Rashtriya Swayamsevak Sangh (RSS), parent of the Hindutva advocacy groups, a theory that defends the hegemony of Hinduism. Banned four times for inciting religious hatred, RSS is the largest voluntary group in the world, with more than six million members. The well-known fundamentalist monk Adityanath is a member and the Prime Minister, Narendra Modi, was a member of it.

Now ‘Radical Hindutva’ seems to be stuck in the neck of the Narendra Modi government. 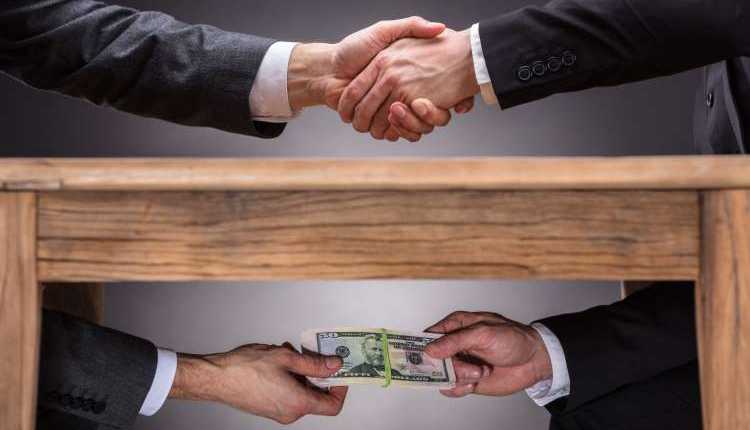 The corruption in the country is in full swing, so far governments have failed to check it. Which is continuously increasing. This has been proved in a survey conducted in nine states of India by an organization called ‘Transparency International’.

There was no improvement in India’s score in the Global Corruption Perception Index 2019 and is ranked 80th with a score of 41 same as 2018 among 180 countries.

But in FY 2019, corruption has decreased by 10% in 20 states of the country. According to the India Corruption Survey report, bribery in government operations has been controlled to some extent.

Now you have to decide whom to believe. 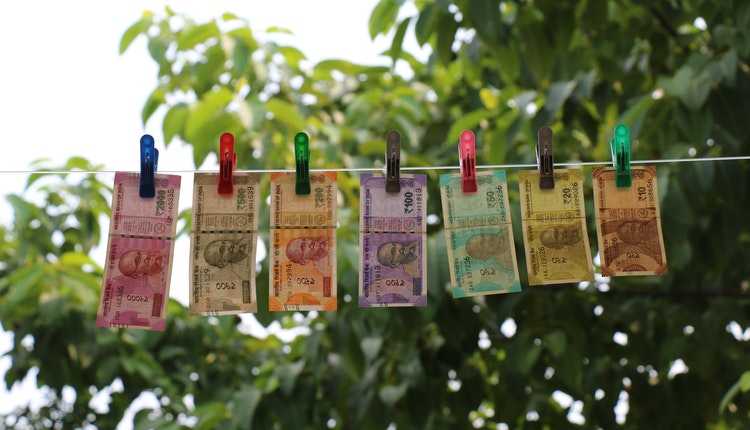 The Indian rupee was ranked first in the worst currency among Asia’s best economies last week due to the slowdown in all major sectors of the country such as auto, FMCG and electronic goods. During this time the rupee depreciated by 222 paise.

A report in 2018 said, among the worst-performing currencies in the year are the Peruvian sol, with a drop of 0.6%, followed by the Canadian dollar and the Indian rupee, which lost 1.3% and 1.5%. 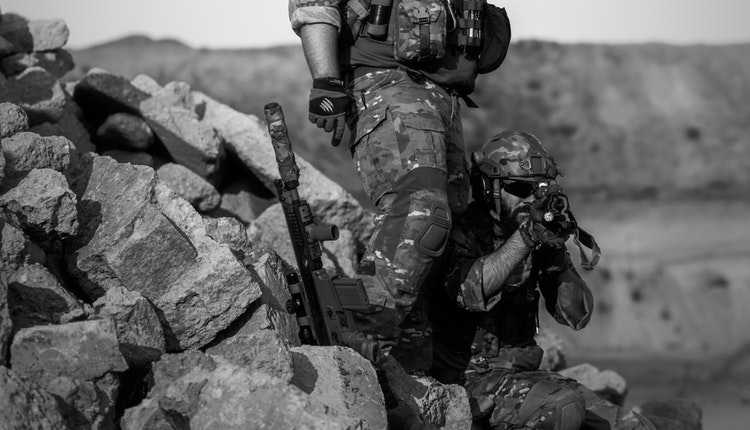 The way wherein Prime Minister Narendra Modi had promised to take strict steps towards the end of the terrorism during the Lok Sabha elections 2014, and the Indian citizen felt that terrorism in the country would be curbed as soon as Modi becomes PM.

Especially in Jammu and Kashmir, Pakistan will not even be able to spread terrorism from across the border. The life of our soldiers dying daily on the border will be protected.

Thus, during the last four years of UPA-2, an average of 505 terrorists were killed per year, whereas during the Modi government, the pace of terrorist cleansing was close to 380 per year till March 2020.

Compared to the last four years of UPA-2, more soldiers have been killed in terrorist attacks in Jammu and Kashmir in the Modi government.

During the last four years (2010-2013) of Manmohan Singh’s tenure, a total of 177 soldiers were martyred in terrorist attacks in J & K, while in the first term of the Modi Raj, a total of 263 soldiers in Jammu and Kashmir were martyred. However, during this period, there has been a slight increase in the number of terrorists killed in Jammu and Kashmir. 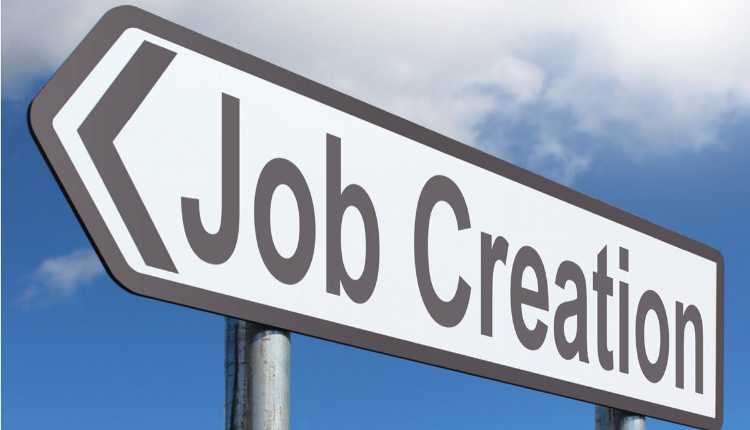 This government disgusted the youth looking for employment. The Modi government came to power with the promise of providing 1 crore jobs to these youths annually. The way to accomplish this is facilitated through effective education, employment opportunities, and skills. New jobs are now down by 53% compared to UPA-2.

The country needs 1.2 Crore jobs annually, i.e. 33 thousand new jobs every day. Then the unemployment rate will come under control.

Even in Budget 2020, no concrete steps were taken on the issue of unemployment. It was just said that India is developing as the jobs will be. Ministry of Youth Affairs budget increased only by 1%. 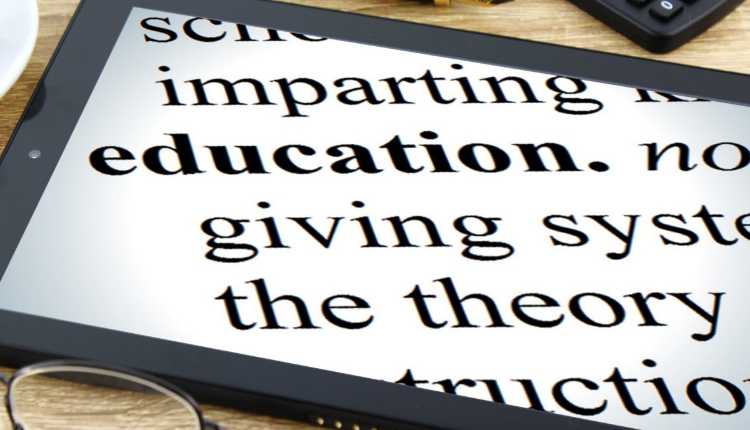 (Source: Ministry of Lok Sabha and Labor, Budget for the last 10 years and Statistics of the Ministry of Statistics and Planning for point 11 and 12.) 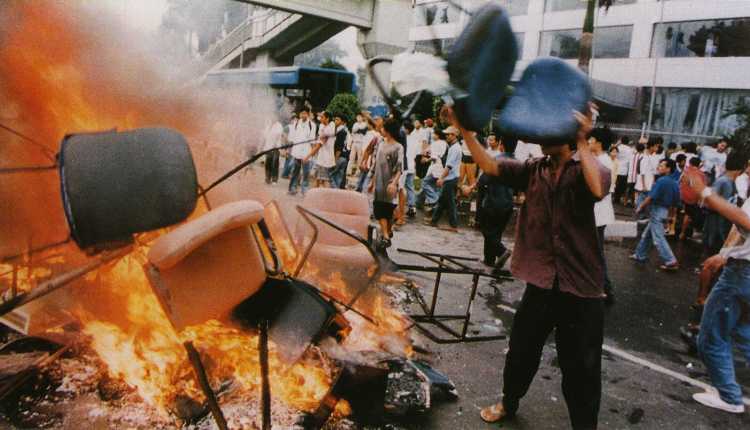 From this data, it is crystal-clear that Modi-government is failed to control riots or communal riots in India.

From the latest NCRB data on crime in India indicates that even though the number of riots has reduced, the number of riot victims has extended by 22 per cent. This means the riots became more severe than before.