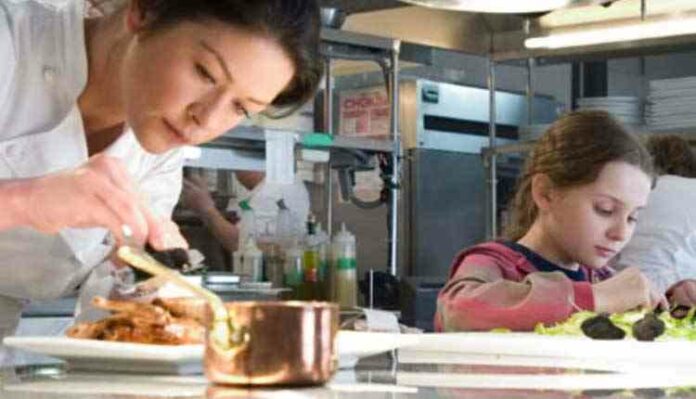 When saying greater food and movies — What comes in your mind? Of course holidays. Well, here listed movies are not only about food, its all are greater feel good movies, based on plot, background musics, and the great directions. This movie describes the artwork of different cooking in different parts of the world, Like French, Indian, American. It also describes the relationship and different kinds of emotions between people involved in cooking.

As the name says “Julie & Julia” is the story of two women’s lives is a different time. This movie is based on the books of famous cook Julia child and a blogger Julie Powell. Julie & Julia tells about the life and starting of cooking profession of Julia child and Julie Powell, a blogger who is obsessed with Julia child and wants to try all Julia child’s recipes in a time limit. Meryl Streep, many times Academy award winner, Amy Adams and Stanley Tucci are the lead characters of this movie. This is a drama film than a comedy. The extraordinary acting of Meryl Streep and Amy Adams made this film more enjoyable, and it has an IMDB rating of 7. 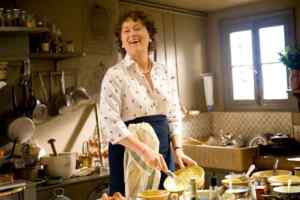 This is an English comedic, drama movie tells the story of Indian and French cooking, and rivalry of those chefs. The movie starred by Academy award winner Hellen Mirren and Om Puri with other main characters. Hundred-foot journey happens in France, where an Indian family opens a restaurant directly across a famous French restaurant, and the story goes on by the competition between two, along with a romantic touch between the main chefs from both restaurants. This movie shows many delicious Indian and French foods, and the effort of making it delicious, and it gives the viewers a good, delicious feeling after watching, also the French scenery is making this film so perfectly. 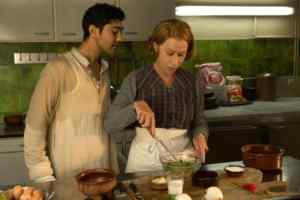 This Scott hicks movie, starring Catherine Zeta Jones with Aaron Eckhart is a good family, comedic film involving romance. This is also a feel good movie based on the scenery and the plot of the movie. This is the story of a high chef who is raising her sister’s daughter after a tragic accident, and the difference comes to her life after parenting. The chemistry between chef and niece is very enjoyable. No reservation has a great soundtrack which makes this movie more emotional. This is a very good enjoyable movie from all points of view.

This Walt Disney animation movie is one of the best animation movie ever created. As the name suggests, this is movie is mainly based on French cooking. In this movie, there is a different perspective of cooking. Ratatouille is led by a character of rat, who is obsessed with the cooking, and wants to be a great French cook. This movie well describes difficult and deliciousness of a French dish called Ratatouille. The viewers will feel the deliciousness of this dish by just watching this film. Ratatouille is enjoyed by all people, irrespective of age. It has an Imdb rating of 8 with the greater meta critic review. 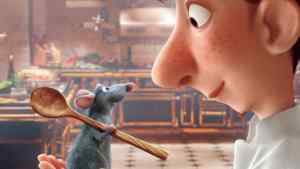 When saying greater food, movies, Chef completes the title. Chef is a comedic movie combined with a great plot starring Jon Favreau and Sofie Vergara in lead roles, and also directed by lead star Jon Favreau. Apart from a movie that surrounded by cooking, this movie upfront an adorable relationship between a father and son. Robert downy junior is also making a cameo appearance in this movie with so much humor as he always has done. This is the story of a high chef who is fired from his job due to his innovations in cooking, then him carry on with his creative ideas in cooking in a food truck along with his son. This movie will put an idea of pursuing goals in viewers mind. 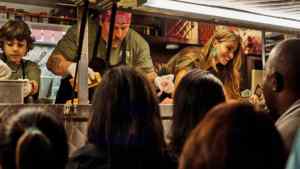