Have you ever wondered, if Not Modi then who could be the next Prime minister of India after him?

The 5 BJP Leaders who can replace PM Narendra Modi are:

Amit Anil Chandra Shah or infamously known as Amit Shah, who is currently the home minister of India is most likely and definitely can be PM candidate in 2024 if BJP wins. But its most probably that Amit Shah would be made the Deputy Prime Minister along with Defence/Home. Though he is not having experience as CM, or minister at the centre, his experience as party chief reflects his calibre as a leader. He uses every opportunity that he is given to showcase his quality as a leader. The achievements of Mr Amit Shah extraordinary from the removal of article 370 and 35(A) from Kashmir, supreme court judgment on the construction of Ram temple at Ayodhya, citizenship amendment Act and now he is going to introduce National population register. Mr Amit Shah is the only person who has fulfilled the 70-year-old desire of RSS. And according to the policy of the Bharatiya Janata Party, a person who is attending 75 years or older has to resign from all the posts of Government and party, and he becomes marg-Darshak. Modi will be of 74 on the election for 2024. So maybe 2029 is the year where Amit Shah takes the role of Narendra Modi.

Also, see the List of 13 Wealthiest Indian politicians with source of income.

Yogi Adityanath as the Cheif Minister of Uttar Pradesh might have come as a rude shock to many. He is a sharp politician, opinionated, determined, obstinate and has extreme opinions (whether right or wrong). Nobody could imagine Yogi Adityanath as CM earlier, but now within days of that unexpected event taking place, many are already projecting him as a future Prime Minister of India. And he has the necessary right-wing credentials to get the backing from RSS even if he wasn’t part of the organization. Yogi Adityanth’s undefeated political career, he is the leader who is responsible for defeating the alliance of SP and BSP in 2019 General Elections which shows people hold him in high regard and also shows he is a charismatic leader who can pull votes. His career has been marked by anti-Muslim messages and all his riots in all these years should clear any misunderstanding of the Uttar Pradesh chief minister’s politics. But there’s little doubt that dramatic changes in social equations will mark the Yogi’s’s term. Put, Adityanath’s’s ascent to power will see a drive towards complete subjugation of Muslims in UP, which has become a sort of a Hindutva sport. If you are asking if he would replace Modi as PM then sadly it won’t work in the immediate future but in the future that can be the case according to the trend. There is an astounding difference between the centre and state politics and it will take a while before Yogi Adityanath is groomed into it. Not to mention he will have to be trained in the art of diplomacy, foreign affairs and other aspects of governance. You might also be interested in Which ministers have the ability to replace Narendra Modi?

Rajnath Singh, an Indian politician and government official is a soft-spoken man who generally keeps a low public profile. He became a major figure in the Bharatiya Janata Party. He is one of the trustworthy advocates of the party for promoting the Hindutva ideology, which defines Indian culture in terms of Hindu. He rose to the top within the party and was lauded for demonstrating the BJP’s’s democratic strength. His interest in the Hindu right-wing organizations began during his youth days. He joined the Rashtriya Swayamsevak Sangh (RSS) at the age of 13. He was the secretary of the Akhil Bharatiya Vidyarthi Parishad (the student wing of the RSS)Between 1969 and 1971 in Gorakhpur. In 1972 Rajnath Singh became the general secretary of the RSS’s’s Mirzapur branch. In 1975 during the state of emergency the then prime minister Indira Gandhi he was arrested and was held in detention until 1977. After his release that year, Rajnath Singh was elected to the lower chamber of the UP state legislature in his first run for public office. The BJP came into force in 1980, and three years later Rajnath Singh was elected as the secretary of BJP. He became the party president in the year 1988. Therefore Just like JP Nadda, Rajnath Singh replacing Modi will dilute the aggressive ideologue of the BJP resulting in a larger political consensus among the opposition, unlike the present times.

Shri Ravi Shankar Prasad, the Cabinet Minister for Law & Justice, Electronics & Information Technology and Communications in the Government of India is the senior Minister in Government headed by our Prime Minister Narendra Modi. Ravi Shankar Prasad went ahead with the Digital India program. He is an eminent Lawyer and at the same time a Senior Advocate in the Supreme Court of India and has been the Member of Parliament since the year 2000. He served as a Minister between 2001 and 2004 with Prime Minister Shri Atal Behari Vajpayee.

His hardworking efforts have reestablished our country’s telecom sector which has authenticated the highest stake ever. BSNL, India’s most massive telecom PSU saw the turnover under his leadership. Being the Minister for Law & Justice, he has been leading the reforms in the judiciary. Under his leadership, he brought in Direct to Home (DTH) services in India and liberalized FM radio services and granted industry status to Indian cinema. He took initiatives and promoted Indian cinema & international cooperation to a considerable extent. Ravi Shankar Prasad in his youth days fought for the cause of civil liberties and human rights. During the Jaya Prakash movement, he campaigned vigorously for the restoration of freedom of the press, independence of the judiciary and individual liberty in the period of the national emergency of 1975, which made him an essential figure in the arena of politics.

Therefore Shri Ravi Shankar Prasad is capable of replacing our current Prime Minister Narendra Modi. If he does, there will be tremendous growth in the communication sector and Digital India will improve to a great extent. Other connectivity schemes will get a lot of weightage as well.

JP Nadda, who rose through the ranks after the experience he had with politics, especially at a young age as a student leader in the 1970s, became the new President of the Bharatiya Janata Party (BJP), replacing the current home minister of India, Amit Shah. BJP got its 11th national President and Prime Minister Narendra Modi said he would give the organization “new energy, hope, and inspiration.” Nadda has decades-long experience in politics which benefited to strengthen the image as President. He, undoubtedly, has a tough legacy to preserve. The mild-mannerism may bring some softness to the party’s strategy. After the hugely successful but aggressive approach of the current home minister, maybe it is Nadda what the organization needs right now. Although he is most definitely one of the members who could be the next Prime Minister of India, he has a tough task at hand to revive the party in all these states. 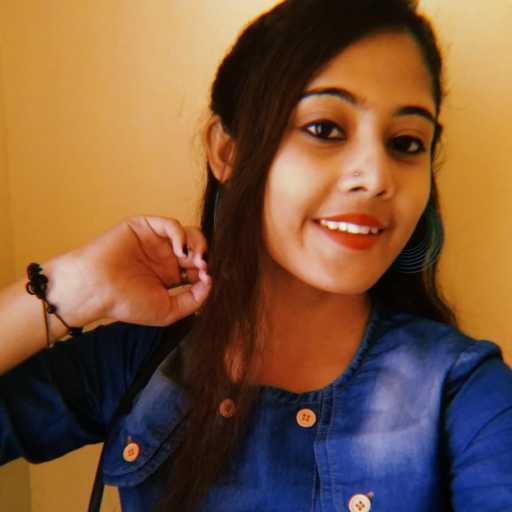 Indrani Banerjee
I am Indrani, and I am a political science student studying at the Scottish Church College. I love writing stories, poems. Hope you like my work. Looking forward to it.