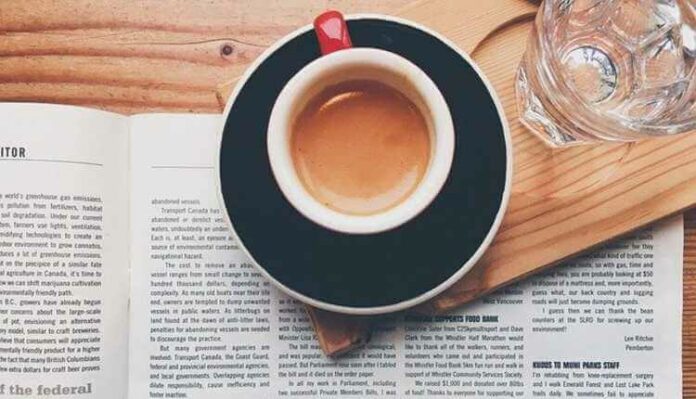 “Read newspaper daily” this is a common yet informal phrase that keeps ringing in your ears because it has been reiterated innumerable times by your teachers, coaching institutions, and well, your parents. While we ignore it a lot, it is quite evident. Whether you want to know about the brewing gossip among celebrities or you want to seek knowledge about popular finance and investment options; whether it is about BJP v/s Congress or how many goals your favourite football team scored; whether it’s about whether or what your daily horoscope holds for you, you can have it all in black ink printed on those sheets of paper.

The first newspaper that was started in India was Bengal Gazette in 1780 by JA Hicky, and all the newspapers have followed its trajectory since then. The oldest newspaper that is still being published is Bombay Samachar to have been introduced in 1822. While the demand and readership for newspapers are going down the hill at a fast pace in the rest of the world, India occupies an integral place in both readership and publication of newspapers and India’s newspaper industry is thriving progressively. The most popular newspaper is Dainik Jagran, and the most circulated English daily newspaper is Times Of India.

Daily newspapers play a crucial role in building good communication skills and knowledge among today’s youth as organizations today mainly demand strong interpersonal skills and immense knowledge in the job seeker that is likely to be productive to their organization. Those who lack these are shown the way out and have to face utter humiliation. Lacking communication ability not only is a setback to one’s academic but also social life. While in a social environment like a gathering, the one who knows well about his surroundings and is updated draws a lot more attention than the one who silently gulps down his drink with no interaction. Newspapers go a long way in solving this constraint because when we read, we tend to read out loud which gives us an idea about our pronunciation and delivery of sentences and also helps in realizing our errors.

The following are some of the benefits of newspapers:

Here are some of the English daily newspapers circulated all over the country:

It is one of the oldest daily newspapers published in the English language and circulated all over the country. Times of India is completely owned and managed by the Times group and published by the news media agency Bennett, Coleman & Co. Ltd. In 1850, J.E Brennan became its first editor. The newspaper’s current editor is Jaideep Bose. Originally, in 1838, the year it was founded by Raobahadur Narayan Dinanath Velkar, it was called Bombay Times and Journal of Commerce when it was published solely on Wednesdays and Saturdays. Now, it has become one of the largest newspaper by daily circulation with operations in more than 35 cities. It accounts for a huge readership with around 3 million+ copies sold daily. This newspaper covers a wide range of issues and events within and outside the country and a variety of genres such as politics, sports, entertainment, religion, etc. It contains an editorial section that goes by the name ‘Ephiphany of Ideas’. The editors have also included a special column ‘Speaking Tree’ which primarily picks topics relating to spiritualism. Although the content and style of language adopted by the authors may be quite difficult and comprehensive, yet it might be a big opportunity for those willing to develop proficiency in the language.

It dates back to 1878 when The Hindu was started as a weekly newspaper. Founded by a group of 4 law students and two teachers known as Triplicane Six, it was started to challenge the policies enacted by the British Raj. In 1883, it was distributed three times a week, which increased to evening daily in 1889 and The Hindu has now become the second most circulated newspaper after TOI. Its first editor in chief was Subramania Iyer; while currently, Suresh Nambath holds this position. The sole owner of the newspaper is Hindu group and Kasturi and Sons Ltd. Notably, Hindu was the first Indian newspaper to launch its own website in 1995. While advertisements occupy a large space in some newspapers, Hindu believes in keeping this stuff at bay. It focusses on delivering well-researched articles in a clear and concise manner. It conducts in-depth coverage of the events before publishing it the paper. The Hindu operates mainly in the southern part of the country. The major highlight of this newspaper is the quality of editorials written by some noteworthy authors with each line conveying the only sense to its readers. This newspaper is mostly famous among UPSC aspirants primarily because it presents the arguments in a balanced way.

H.T. is another English daily newspaper being circulated since the 1900s. It was inaugurated by Mahatma Gandhi in 1924 and founded by Sunder Singh Lyallpuri, the founder of Akali movement. Hindustan Times had a pivotal role to play during the Indian Independence Movement as a nationalist newspaper. At that time, the majority of finance was contributed by the Sikh community. Madan Mohan Malviya and Tara Singh were the then members of its managing committee. The newspaper is a part of K.K. Birla Group, and Shobhana Bhartia became chief executive of this newspaper. This newspaper had a rough start with only 3000 copies being sold daily; but as per The Indian readership survey 2014, Hindustan times distributes more than a million copies worldwide. It primarily benefits the population of North India with major copies sold in Mumbai, Lucknow, Delhi, etc. The current editor in chief of Hindustan times is Sukumar Ranganathan. The newspaper follows a direct based approach on all the issues with no unnecessary matter, and the headlines successfully justify the content.

It was started by Varadarajulu Naidu in 1932 at Chennai. Later, it was sold to the founder of The Free Press Journal, Swaminathan Sadanand. In 1935, The Free Press Journal shut down, as a result of which Ramnath Goenka became the sole owner of the newspaper. A paper belonging to the era of the 1900s, it had to undergo immense competition from The Hindu, Mail, and other prominent newspapers. In the year 1999, a dispute took place which led to division in the ownership; where northern edition came to be known as The Indian express managed by Vivek Goenka and the southern edition came to be known as New Indian Express managed by MK Sonthalia. Although, The Indian Express is famous among UPSC aspirants just like The Hindu; the newspaper features some catchy headlines, and the style of writing in the newspaper stands at a moderate level which is quite helpful for beginners. The Indian Express launched its website in the year 1996.

Owned under the aegis of The Times Group and published by Bennett, Coleman & Co. Ltd., Economic Times is headquartered in Mumbai, Maharashtra. E.T. was started in the year 1961. This newspaper covers both the north and south India with its copies sold in 10+ cities. As the name suggests, this newspaper is a conglomerate of national and international economic affairs, finance, companies, stock markets, shares, securities. During its inception stage, P.S. Hariharan was its editor. In the current scenario, Bodhisattva Ganguli is its editor. This newspaper occupies second place after The Wall Street Journal as most read financial newspapers globally. Its popularity comes from its immaculate use of jargon and terminologies related to business and finance, which demands strenuous attention of its readers but can deliver fruitful results in the future. E.T. is a treasure trove covering all aspects relating to business and finance.