5 Most Popular Video on Demand apps and sites other than YouTube? 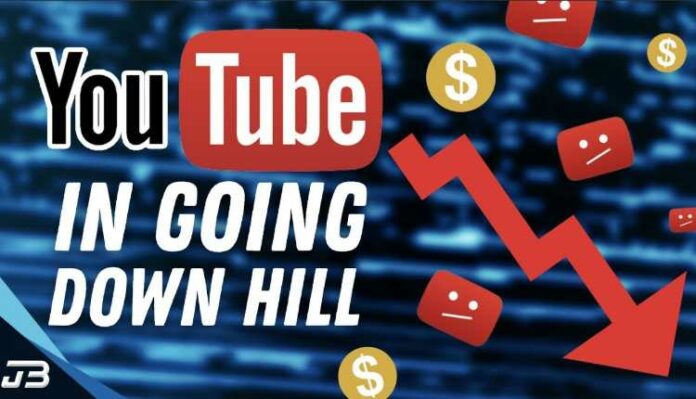 The Golden Era of YouTube is swiftly losing its glamour and glory. Though it’s one of the most favoured video platforms, it doesn’t mean that it is always the finest either! So, are you pondering what went wrong? It’s all about the modifications that it got into its system, which made YouTube come down from the limelight. Also, several YouTube options for content creators gradually began to acquire momentum. 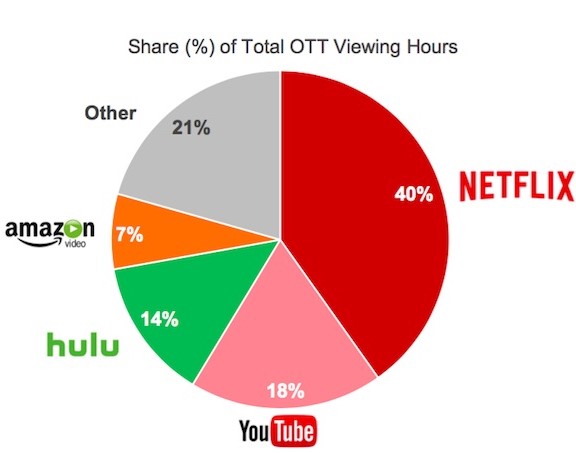 Online Video streaming platforms(OTT platforms) have become extremely famous in India in the last few years. This is because the digital world has become a lot more comfortable when it comes to entertainment at ease. All you need to do is just binge-watch your favourite web series or movies on these OTT platforms.

Also, there is plenty of entertainment content that people will never get bored of watching, and also it needs fewer efforts, and you can watch everything by just subscribing to it and enjoying it.

When Google acquired YouTube back in 2006, no one thought that it would be such a big platform as it is right now. From movies, series, sports, latest news, cooking, educational videos to Vlogging, YouTube has got all covered with its gazillions of contents available on demand. With the abundance of videos being uploaded every day, it should be more than enough to content your consumption needs.

As huge as YouTube is, but it has its fair share of flaws. For starters, YouTube has been backfired for its disputable content removal and censorship policy recently. It seems that the website’s censorship schemes will become more dramatic in the coming future.

On top of that, recent changes in their monetization policy brought an end to a lot of less known YouTubers’ careers. While it’s still one of the largest video sharing platforms, new players like Instagram’s IGTV and Twitch are gradually becoming popular.

If you’re looking for a different OTT platform other than Youtube for whatever reason, then this article is for you. Here I have compiled some of the promising sites or apps similar to YouTube that might interest you. There is no problem with having a few alternatives handy, after all. Here are some of the apps or sites listed below: 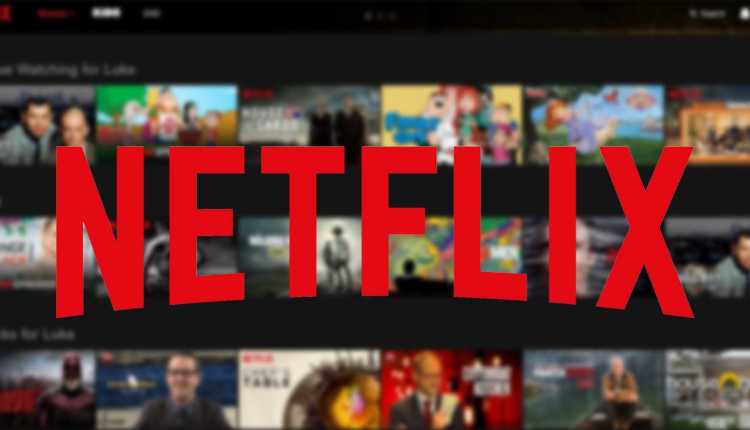 Netflix is the largest OTT platform worldwide that was launched in India in 2015. It is a US-based video streaming firm currently available in India at a starting subscription price of Rs.199 per month and goes up to Rs.800 per month after a free month of trial. While most of the OTT platforms stick to a mixture of advertising-led and subscription fee-based business models, Netflix keeps up with a global strategy and is free of advertising everywhere.

In India, Netflix is following the recent memorable classic Bollywood titles, New Korean series and movies, notable indie films, English Contents, web series, Documentaries, stand up comedies, etc., and one of the best of regional cinema and Netflix is also coming with new titles every week. Although Netflix has an extensive programming library, much of which attracts Indian viewers, especially those who watch TV and movies in English, it is, however, lagging behind in local language content.

Netflix, which is the first ad-free platform levelling up the entertainment experience at ease at home. It is trying to stimulate this economy during the pandemic so that people invest in entertainment more.

A Netflix new user will get the first month as a free trial and then has to choose from four plans which are the latest offers in India:

Netflix is available as an app which can be subscribed and installed on Mobile, TV or Laptop. 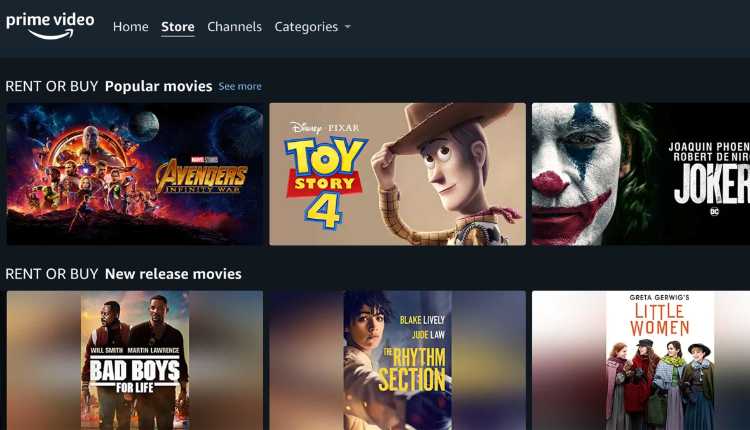 A year after Netflix, the biggest OTT Platform was launched, Amazon Prime Video was introduced in India. According to the Director of Amazon Prime Video India, India has recorded the highest number of Prime members initially in the debut year 2016, proliferating among the other 16 countries that the platform is there. India is a country, i.e., price-sensitive, and at it’s a less priced subscription fee, it gives the subscribers great value for money.

Around 93% of the time, Indians spend time watching online videos, where they were watching Hindi and regional language content videos. Amazon not only offers English Centric content but also centres on Hindi content as well as local language content. Its video content portfolio has a library of Bollywood and Hollywood series and movies, a popular content category in India. Amazon Prime has also committed $300 million worth Indian original content, with some big Bollywood names, besides the internet content space.

The first month of Amazon Prime is a trial month that is free of cost for the new users. After the free month trial, to enjoy Prime benefits, you can buy Prime membership, the plans are given below –

Amazon Prime Video can be installed as an app for both Android and ios users. 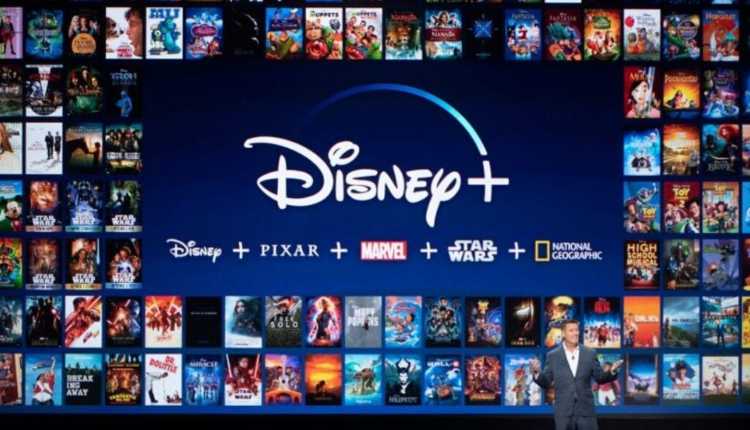 Hotstar is a Star Network product that was introduced in February 2015. It has gradually become one of the biggest video-on-demand platforms in India. Hotstar is the only platform where the best TV shows, series from around the world, big-budget movies, Disney TV shows, premieres, and live events and sports and events, are available on a single platform. It is the only platform with content partnerships with the best three global studios – HBO, Disney, and Fox,

With nearly 100,000 hours of exclusive content worldwide with eight languages and coverage of the most significant sporting events worldwide, including cricket, football, tennis, F1, kabaddi, badminton, and more, Hotstar provides one of the largest and most vast content portfolios in the world.

Hotstar has few user-friendly features, e.g., adaptive video playback feature which will automatically adapt with the available bandwidth, and it allows consumers to download their favourite content and watch it on the go and lastly viewers can also create playlists of their favoured content and keep it all arranged It’s essential to note the massive success of Hotstar as in the initial 40 days of its launch, Hotstar application downloads reached up to 10 million.

There are overall of whooping 300 million users of Disney+Hotstar.

Disney+Hotstar is available as an app currently for Android, TV, and IOS users. 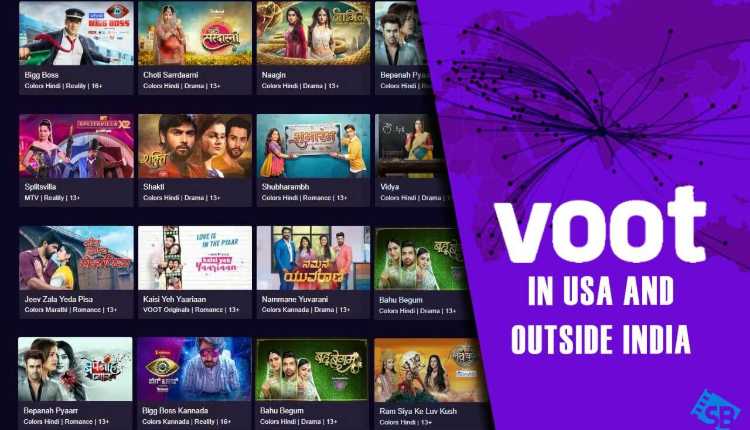 Voot is a video-on-demand platform having both an app and a website of themselves that is a part of the digital platform of Viacom18. Viacom18 is one of India’s biggest growing media networks. This platform provides its viewers with a broad range of choices and preferences. It has a pool of 45,000 hours of media content, which contains – MTV, Colors (Hindi), Nickelodeon, MTV Indies, and Viacom18 Motion Pictures. It provides the most prominent TV shows, series, Blockbuster movies, cartoons, and VOOT originals.

Voot’s primary focus is to capture the digital video landscape with it’s modern and new-age content with not much premium cost, currently. One of the latest attractions of this platform is its authentic content as it covers a plethora of categories including, comedies, dramas, spoofs, and everything else. January was the month with the highest number of installations, with almost 9% of users installing Voot. So far, the platform has managed viewers to spend an average of 50 minutes on the platform per day.

Voot is a platform that is entirely a free service unless you subscribe to ‘Voot Select,’ which was launched in February 2020. Voot Select provides Voot original series that are only available to paid subscribers.

Voot Select is priced as below:

Voot is available as a site as well as an app for iOS, KaiOS, and Android users. 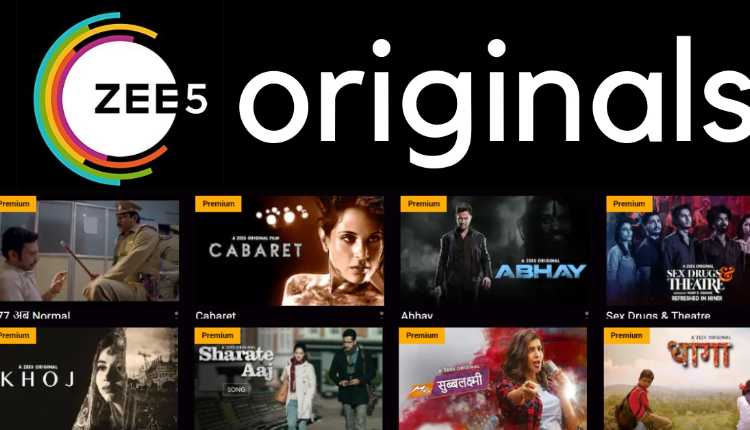 Besides Indian languages, ZEE5 offers an excellent collection of premium TV shows from across the globe, including Korean, Turkish, and Spanish shows in HD, also available in Hindi. ZEE5 also has LIVE TV channels on-the-go; viewers can choose from over 90 live channels and enjoy Hindi, English, or their Regional GECs, movie channels, Kids channels, and News channels.

ZEE5 has both local and global at the same time, and it is planning to change the way consumers watch digital entertainment. ZEE5 will have content from both Ozee (their video streaming platform) and Ditto TV (their live TV platform), making it possible for viewers to browse different materials from both the TV platforms and more content Zee has acquired for ZEE5.

Zee5 has over 150+ million subscribers all over the world.

It provides a mobile application on every platform.