A book review: To Kill a Mockingbird by Harper Lee 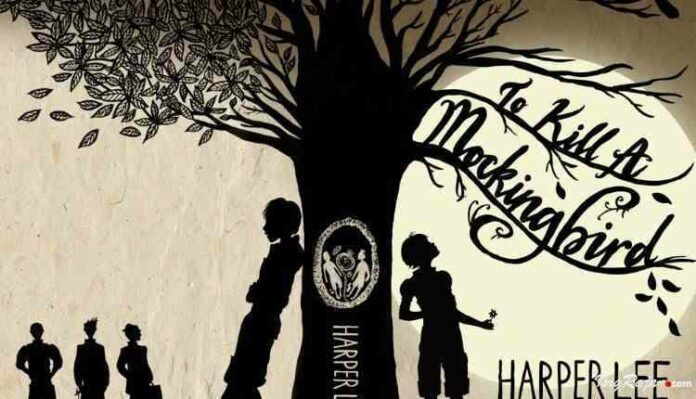 Jean Louise Finch, or as she was adorably known as Scout, the young yet extremely strong female protagonist of the novel. Her father once told her that they must never kill a mockingbird, and that is one lesson she carried out throughout the story. The gist of the novel is simple, and there was a civil war for and against slavery and Scout just happened to be in the town of Maycomb where the line of racism is so dark that the people do not even realise when the hatred for the coloured overcome their sense of justice. This novel is not about just the trial of Tom Robinson or the case framed against him, but it covers a lot of other aspects which are relevant and is a raging problem in today ‘s world too.

I would like to start with the complex character of Boo Radley, always in his house still controlled by his family now as we walk through crowds unknowingly we cross paths with many Boo Radley ‘s, yes, because a lot of us are just a prisoner in our mind trapped by social ties of religion, family, rules, and other norms. The society expects us to have a certain kind of behaviour and if one decides to take another path, then society terms the person as insane. Boo Radley is just some who have let his dark past blackmail his present and threaten his future as well. Mrs Dubose is someone who struggles with her addiction, and that is what makes her so bitter at first she is misjudged by Jem and Scout, but Atticus takes time and explains her nature to her children after which they grow to understand her. Yes, they do not sympathise with her, but understand her this is an extreme point by the author she taught us that whensoever people are faced with an addiction or some harsh situation we as fellow human need to understand them, they do not need our sympathy, they need to be heard and understood.

The last character that I would explain is the real antagonist of the novel, Mayella Ewell she is the reason why an innocent person like Tom Robinson had to lose his life. We often have and repeatedly told that the one who bears and accepts to suffer is the one who is at fault. So yes Mayella is at fault, she used to be mentally and physically harassed by her father, now let us assume that in that conservative backdrop of the novel, it is justifiable for her to keep shut, but when she got a chance in the trial she could and had an opportunity to take a stand to choose the right path. She was attracted to Tom Robinson, and she grew so ashamed of the same that she thought it was better to agree to the charges framed against him. She decided her fear over justice, hence making her the main protagonist.

Now coming to the beautiful story that was so well written by the author, it is a simple story if I had to describe the novel in colours, I would tell the tale is grey. Yes, the characters in it too are grey, they are neither dark nor white. They have light, and they have darkness also. It starts with the pure friendship of Jem, Scout and Dill they spend the summer together discovering a new adventure at the beginning of the novel, it becomes a challenge for Jem to touch the house of the infamous Boo Radley and by the end of the story, the same Boo Radley saves Jem. This is one of the most unexpected turns of the novel. As school starts the gap between whites and coloured are seen by the children, Calpurnia is the only escape from reality, her in spite of being from the coloured crowd decides to step aside from the crowd and save the children from racist attack at the black church and a lot of other incidents portray that she is a woman of substance and values humanity above everything.

The school days are just seen in the children studying characters and their encounter with characters who firmly trust in discrimination like Aunt Alexandra and many others. The trial is the most complex part of the novel, and it showcases shadow on the judicial proceeding, which was established for the humankind to serve justice. Still, at the point of passing judgement, it too punishes Tom Robinson. The lynch mob, however, is the angry crowd of people that have decided to take the law in their hand so when we talk about the judicial body in the novel, we have to consider the court as well as the lynch mob who passed their judgement killing Tom Robinson.

This novel is not something that should be studied, but instead, it should be read, as it is not just about racism but dig deeper into human emotions. It shows the evolution of Jem from a child to an adult, of Atticus from someone who was not even respected by his children to a man who is respected by all for taking the right side in spite of all the danger. Mainly the character development of Scout, she was naive, and now by the end of the novel, she grew into a strong girl who is now aware of the society and its twisted ways too. The story opens with the quote that lawyers were once children and that is what it showed, all of us might not grow to become a lawyer, but everyone gets a chance to choose between the right and wrong.