All about Ashwagandha: Answers to the questions regarding Ashwagandha 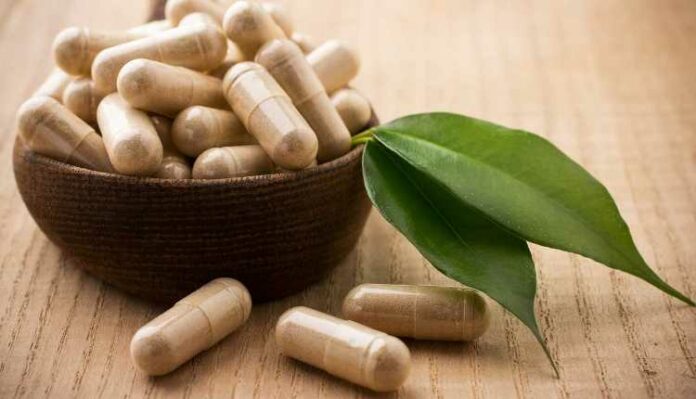 Withania Somnifera or Ashwagandha has been named after its odour in Hindi which means Ashwa Gandha meaning Horse’s smell. It has been called so because the roots of the Ashwagandha smell like the body of a horse. Since the very ancient period, Ashwagandha has been marketed as a product that can boost the physical power mainly stamina with the association and relevance with the power of a horse. The fact associated with boosting stamina has nothing to do with it as the recent studies has proven in the researches.

There are lots of facts and myths associated with Ashwagandha. In this article, we would be talking about the benefits of the Ashwagandha and how it helps in increasing the memory power which can be useful to the students and other people with the issue in memorizing the stuff.

Ashwagandha also acts as an energy booster with enriched Ayurvedic properties that improves metabolism and improves blood circulation. And, the reason it increases energy and strength, and overall it improves the health and immune system!

Ashwagandha is an Indian Ayurvedic herb used as the tonic mainly as the nervine tonic. It comes from the roots a small plant cultivated and produced in Punjab, Rajasthan, Haryana, Gujarat, Maharashtra, Uttar Pradesh and Madhya Pradesh of Indian states which are the major producers of the Ashwagandha.

The final product comes in various products and forms which include Churna (powder), Syrup, Medicine, Pills and tablets. Most of the traditional Indian foods use Ashwagandha as one of the indigents in the cooking.

Indian ancient Ayurvedic textbook Bhav Prakash have well-described the properties of Ashwagandha. According to Bhav Prakash, it acts as an adaptogenic herb which detoxifies the body by helping it to resist stressors which could be physical, biological or chemical. Naturally occurring unique compounds like Alkaloids in Ashwagandha helps the body to maintain the balance, hormone-levels and support the neurological system and the tissue building.

How does Ashwagandha work?

Several scientific studies have found that Ashwagandha extract seems to have a neuroprotective effect on brain cells in terms of limiting damage from infections, sleep deprivation, and other physical and chemical stimuli. It also helps in improving memory power, and excellently affects the brain.

Why is Ashwagandha used?

Ashwagandha is useful in many ways it which could be from healing the weakness and increases muscular power. Its chemical compound cures the cell-building processor and nurtures the minerals present in our body. Certain studies have proven that it remarkably increases the sperms count while it helps in reducing stress, anxiety, and fatigue. Overall, Ashwagandha improves body metabolism, which results in the rapid growth of cells, energizing body and the mind.

How can Ashwagandha affect or effect you?

Ashwagandha is a natural Indian Ayurveda herb which does not have any side-effects but still, you are advised to consult your doctor in the case you are suffering from any kind of allergies, skin and critical health problems. It may be possible that the Ashwagandha based products and the supplements available in the market may harm your body instead of benefiting. Most of these popular manufacturers and producers add preservatives, chemical and other products to increase quantity, improve its effectiveness and quality.

How much Ashwagandha I can take per day?

Ashwagandha does not have any side effect, but it does not mean you can consume in a large quantity to get the benefits sooner than the expectation as consuming in large quality may harm your body in some or other way. As per the recommendations from the Ayurvedic doctors and advisors, you can take up to 2-3gm of Ashwagandha Churna with 200ml of water or milk or as advised by your Ayurvedic consultant.

Can Ashwagandha cause hair loss?

No, there is a myth associated with Ashwagandha that may cause hair loss which is not true. As you are aware, the hair loss is caused by several reasons which include not taking adequate sleep where Ashwagandha is an Ayurvedic adaptogen relieves stress and improves the excellent night sleep.

Can Ashwagandha increase in height?

That’s an unapproved fact, but certain studies say that the presence of alkaloid compound in the Ashwagandha can help in boosting the height-growth where it is also a proven fact that the height is genetic and it comes from the parents and the grandparents.

Why is Ashwagandha making me tired?

It’s true! Ashwagandha may make you feel tired if taken in excessive amounts. Also, it advised, avoiding taking and consuming Ashwagandha in the summers as its naturally occurring properties and the compounds may increase the body temperature.

Which Ashwagandha is it best for sperm-count?

Certain studies have shown that Ashwagandha may increase sperm count if taken in the right amount and regularly. It may improve the quality and quantity remarkably, but still, its effectiveness is the matter of detailed study and research.

How much is Ashwagandha useful for bodybuilding?

There is no direct link with the bodybuilding and Ashwagandha. Still, the natural compounds found in the Ashwagandha help in the rapid growth of the cells improves the immunity system and nervous system, which can be helpful to the people with intensive workouts, gyming and running. People with gyming and workout lifestyle are advised to consult an Ayverdmic doctor or consultant on taking the right amount of the Ashwagandha.

Why take Ashwagandha with black pepper?

Black pepper improves metabolism and inhibits adipose cell growth. So, black pepper can be beneficial along with Ashwagandha, while you are on a journey to lose weight.

Can I take Ashwagandha with water or milk?

You can take it with milk or water it does not matter but is suggested to take the Ashwagandha with warm milk or water after 30 minutes of taking the food.

Can Ashwagandha cause tinnitus or Karnakshaved?

Ashwagandha does not cause tinnitus or Karnakshaved, but still, you are advised to consult an Ayurvedic doctor before taking Ashwagandha in the case you are suffering from any critical illnesses. Also, consult your doctor if you are experiencing or feeling symptoms of tinnitus.

The symptoms of tinnitus or Karnakshaved include:

Can Ashwagandha be taken with milk?

You can take one teaspoon of Ashwagandha Churna with warm milk, 30 minutes after taking food. It works well when taken with milk. Milk is also rich in Vitamin D, which in turn adds its benefits along with the benefits of Ashwagandha!

Why does Ashwagandha cause itching?

Yes, you may experience itching because of Ashwagandha as an excessive amount of iron can lead to itching. Also, it is not advised to take Ashwagandha in summers which may cause body heat-up and increase in the body temperature. It is always recommended to consult your doctor in the case you are feeling itching, skin rashes or any other issues after consuming it.

Who should not take Ashwagandha?

Ashwagandha is a universal substance. Males, females and children can take it. However, the amount of Ashwagandha should be considered different in different cases. Where the children below 12 should not take it as it is very warm and may cause some other problems.