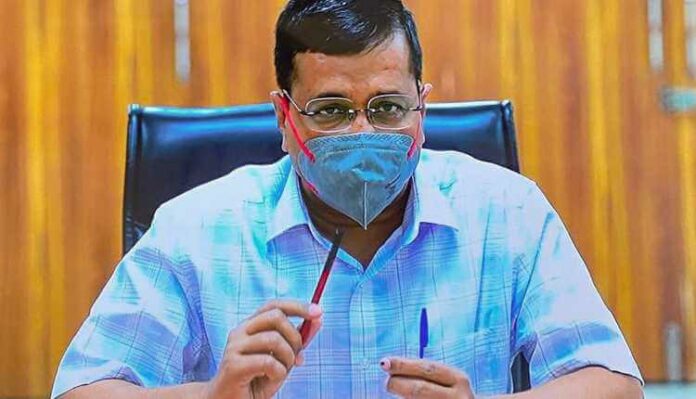 Arvind Kejriwal is the 7th chief minister of the capital of India, i.e. Delhi and is working on the post since Feb 2015. He has been the centre of news since the days when he was associated with Anna Hazare. He later formed Aam Admi Party and won Delhi election in ally with Congress in December 2013 and continued as CM for some days but the party failed to be in the majority due to end of support from Congress.

Things were sometimes going in favour of Kejriwal and sometimes just the opposite. When the world entered the year 2020, things began to change rapidly when the corona came to India and started to spread. While the fight between PM Modi led government and Kejriwal was on peak, corona came and thrashed every matter aside. Politics began to take a side, improving the positivity amongst people and political leaders being in a scary situation due to COVID 19.

The Top 10 works by Arvind Kejriwal after Corona outbreak are:

Around mid of March month, CM Kejriwal ordered to practice social distancing and minimising gatherings by the implementation of a rule that not more than twenty people can be found in a social, cultural, religious, seminar, construction, and academic gathering. It also stated that if over 20 people are found anywhere, FIR will be done. Earlier 50 people limit was imposed when the corona outbreak occurred. Latter when Nizamuddin Markaz case happened infected corona cases started to increase rapidly. After the Markaz infected people added a significant increase in COVID 19 cases in Delhi and many states in India, Kejriwal had to make the rules stricter, and the complete lockdown was implemented.

Restaurants, malls, markets, movie theatres, shops, construction sites, transport, and many other public places were shut by the orders of CM Kejriwal following the PM Modi led GOI’s instructions to encounter corona spread. It was very much essential as non-closure would have resulted in disastrous results, and the COVID 19 numbers would have increased approx ten times as compared to the present cases. However, this resulted in huge economic losses to the businesses everywhere. It also led to job losses and rise in poverty, especially to the daily wage workers and labours.

CM Kejriwal in the initial stage of corona outbreak had prepared 768 beds in which less than 60 were used and had 550 beds in isolation wards. This was reported around mid-March. Later on, the isolation wards, beds and all the necessary equipment like test kits, ventilators and beds were increased and still, Delhi is far from the emergency. Delhi is still in stage II of corona and community level spread is still far. However, the number of hot spot areas have increased rapidly to approximately 100. Doctors have been allotted five-star hotel rooms as a welcome gesture and a way to appreciate their hard work. Some doctors and healthcare workers have also been diagnosed with COVID 19. Still, they are working efficiently while risking their lives.

4. Services to below poverty

CM Kejriwal led government ensured the shelter and food for labours, unemployed, beggars and many other needy people from Delhi and other areas of the country. Due to the closure of transport and construction sites, a massive number of workers and labour class people got unemployed and were even not able to reach their home throughout the country. Kejriwal had prepared shelter and daily food for such people, but the panic level and poverty led these people to break the social distancing rule and gather near open land at Yamuna river.

When the news and media covered the incident, Delhi CM Kejriwal instantly ordered security and buses for the people gathered and transported most of them to the shelters. However, PM Modi also came into the rescue and transport was arranged for such people to make them reach their homes in the respective states across India. This was done after meeting with all CM and PM Modi.

Delhi observed a complete lockdown, and still, it is being employed to stop the spread of corona among national capital people. Police officers are working round the clock so that lockdown is implemented in a perfect and required manner. CM Kejriwal followed the PM Modi orders to curb the COVID 19 spread breaking the political barrier and presenting a fair image. Kejriwal also introduced the e-pass concept for needy people so that one can go out for urgent works.

Rapid testing is the only need when corona like disease spreads. Kejriwal is ahead of other all states when it comes to screening of people. The random test was suggested, and Kejriwal made it happen immediately. However, in some areas, rapid testing kits supplied by China and many other countries were found faulty after which testing was switched to the routine COVID-19 testing. CM Kejriwal appreciated the GOI and PM Modi for all help provided on instant appeal.

Since the outbreak of corona in Delhi, N95 masks were in high demand. People started to buy the masks in bulk which some suppliers started to take profit by increasing the rates double and triple in many places. CM Kejriwal took steps and stamped the black marketing of N95 masks and assured the availability to the people.

CM Kejriwal introduced Delhi corona relief fund and financial support to many needy people and gave extra ration supply to ration cardholder citizens in Delhi. He converted government schools to help relief by supplies of essential food for the poor.

CM Kejriwal introduced online forms and helpline numbers to help the Delhi people stranded in other parts of the country due to COVID 19 spread and lockdown situation. Many people have been improved.

Unity was lacking in AAP leaders in last two to three years when various Aam Admi Party leaders quit the party being in the majority. After the corona outbreak, CM Kejriwal had a meeting with all MPs of Delhi, and together a strong message came out that all will together fight the corona situation and will lead the people to positivity as well as helping people to every extent needed. The meeting included MP from Rajya Sabha as well as Lok Sabha including BJP leaders as well. He appreciated MPs as some good suggestions he received from many of the political leaders.